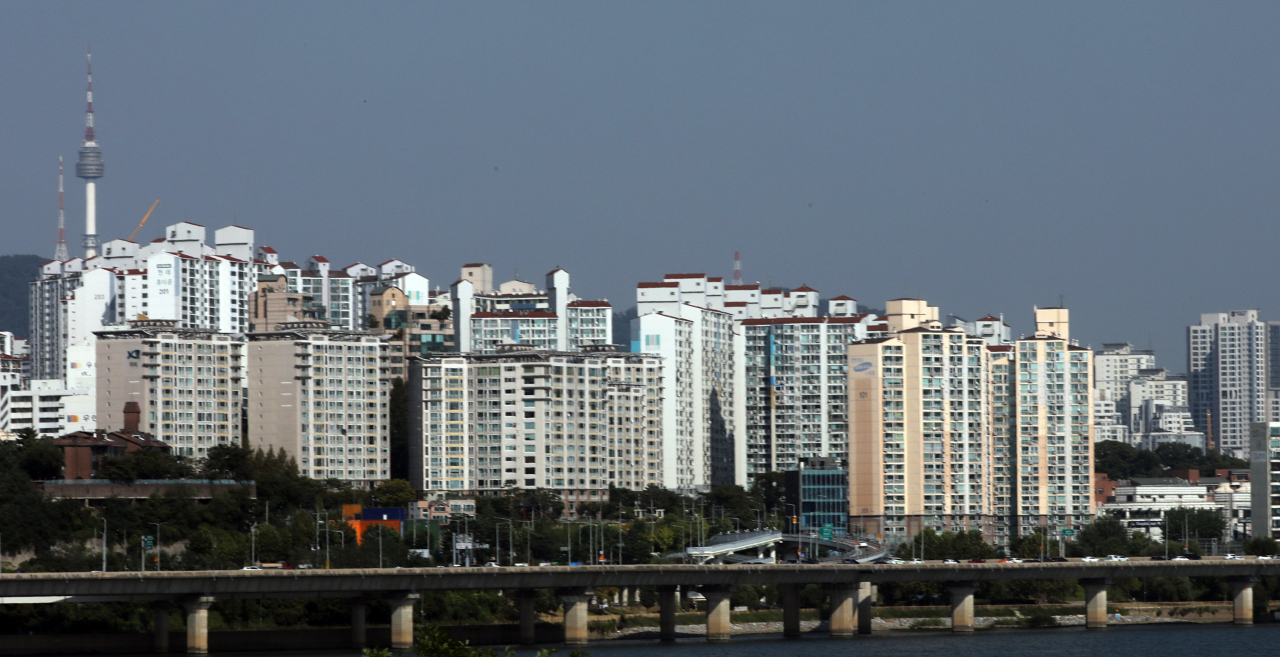 Seoul apartments (Yonhap)
Over half of young people living in Seoul say they couldn’t buy a home without the help of their parents, data showed Friday.

According to a survey conducted by the Seoul Institute, a think tank under the Seoul Metropolitan Government, 53 percent out of 676 Seoul citizens ranging in age from 18 to 34 said that it would be impossible to purchase a house without financial support from their parents. The nationwide average is 46 percent.

While 44 percent of respondents said that they would entirely rely on their parents when purchasing a home or paying for jeonse, the figure stood at 34.3 percent for young people nationwide.

Jeonse is a rental system where the tenant hands over a large lump sum to the landlord instead of paying a monthly rent.

Young Seoulites appear to have a gloomier outlook when it comes to purchasing homes than their peers in other parts of the country.

Some 15 percent of the respondents said that they have given up on buying their own homes, while only 10.9 percent of respondents nationwide had the same answer.

Young Seoulites who own their apartments marked 4.5 percent, compared to the nationwide average of 7.8 percent.