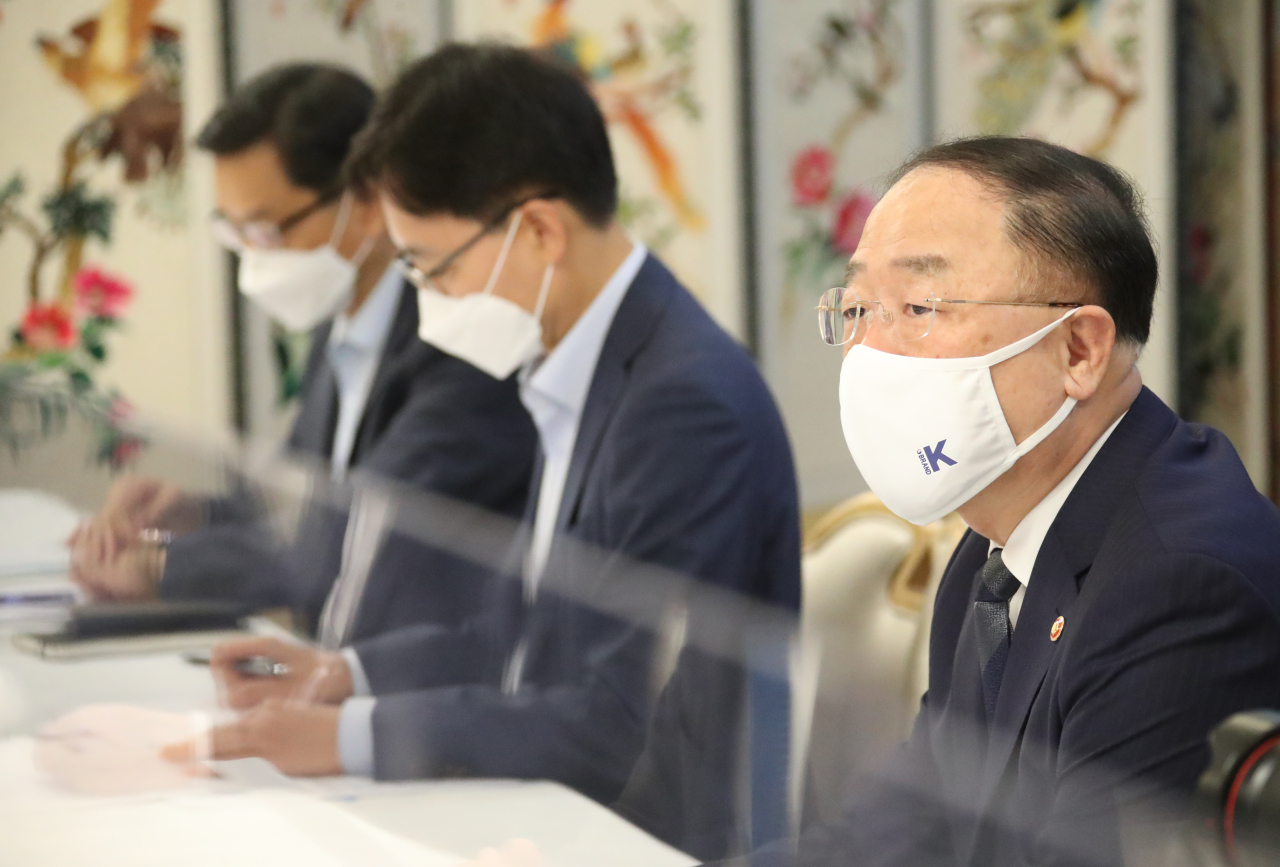 Finance Minister Hong Nam-ki speaks during a meeting on the real estate market at the government complex in Seoul, Wednesday. (Yonhap)

The government will clamp down on those suspected of taking expedient means to pass on wealth to their children as a part of measures to eradicate real estate speculation and fight corruption, Finance Minister Hong Nam-ki said Wednesday.

Since March, the National Tax Service has been conducting a special investigation on suspected tax evasion by more than 800 people who sought to profit from speculative or illegal property transactions. The large-scale probe was launched in the wake of a scandal involving officials at a state-run land developer.

“We plan to launch an additional tax investigation of 446 people suspected of having resorted to expedient means among young people who lack the capacity to raise funds for housing purchases,” Hong said during a meeting on the real estate market at the government complex in Seoul.

Details of the additional probe will be announced by the NTS on Thursday.

Buying houses for children or giving money for home purchases is often abused as expedient means to avoid inheritance tax.

A tax exemption for gifts to minor children amounting to 20 million won ($16,889) is granted every 10 years. The ceiling for adult children is 50 million won.

Through the nationwide special investigation, authorities have found 828 cases of property-related tax evasion in development areas. Of the total, they plan to collect about 110 billion won from 463 people found to have dodged taxes.

Investigations of the remaining 365 cases are also underway.

“We will respond as strictly as possible to acts that impede the normal operation of the market, such as tax evasion or expedient inheritance, based on the operation of a regular reporting center and reinforcement of on-site crackdowns,“ Hong said.