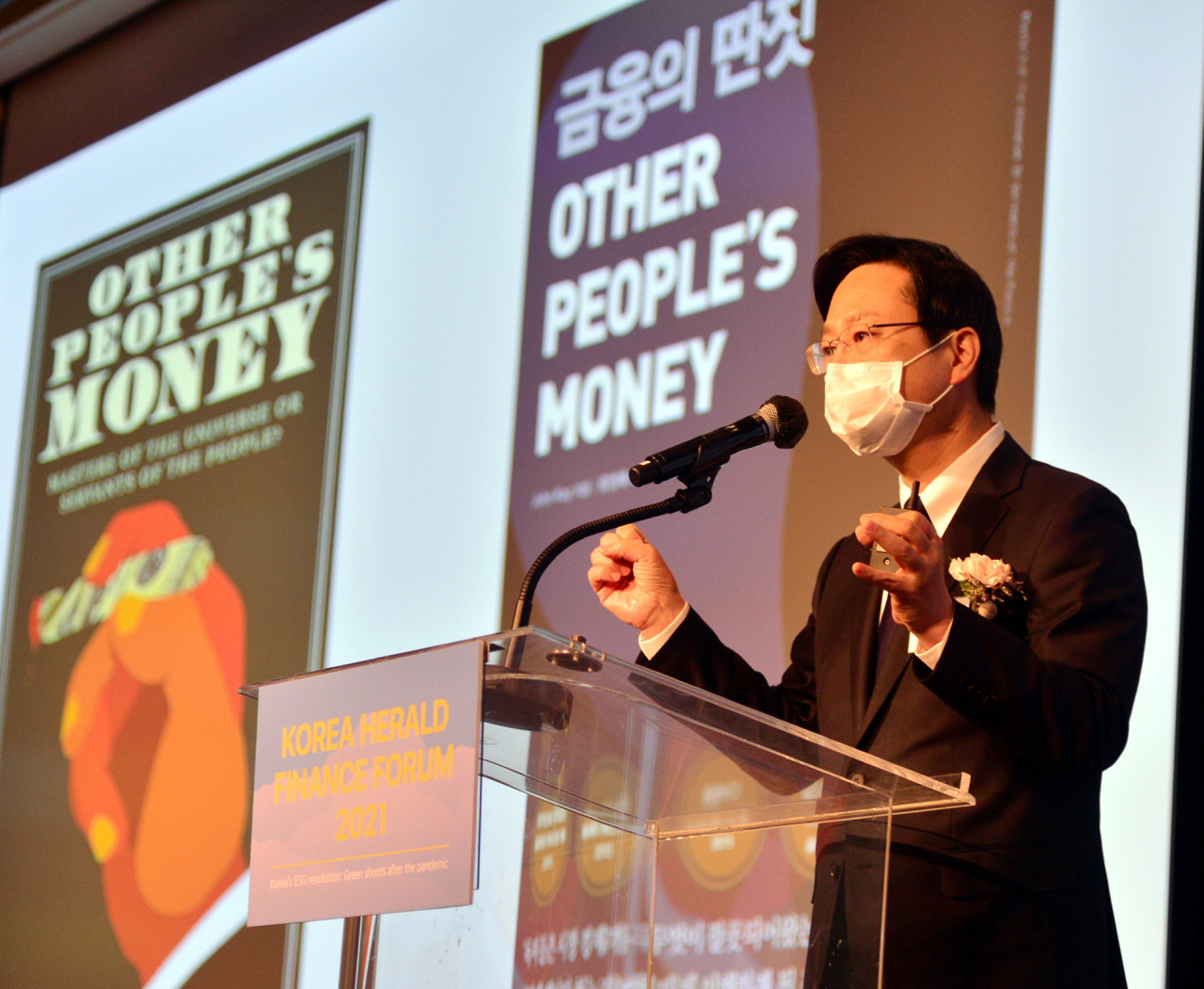 A plan to adopt a critical ESG disclosure system by 2023 is lagging far behind other countries and should be implemented as soon as possible to foster environmental, social and governance investment, Ryu Young-jae, CEO of a leading ESG advisory firm said Tuesday.

European countries adopted a sustainable finance disclosure system in 2018 and Japan in 2021. The US House of Representatives passed the ESG Disclosure and Simplification Act in June, according to Ryu.

Under such a disclosure system, companies would have to unveil data relating to the firm’s environmental, social and governance performance.

South Korea plans to introduce a similar regulation from 2022 first for companies whose assets stand more than 2 trillion won ($1.69 billion) and all other listed companies from 2023.

“This plan is far behind the market trend and we should hurry up because only after ESG information is available, investment choice can be made based on that information,” Ryu said at The Korea Herald Finance and Investment Forum on Tuesday.

He also emphasized the roles of public pension funds on incorporating ESG values into the country’s corporate culture.

“Public funds like the National Pension Fund should legally acknowledge themselves as universal owners,” Ryu said.

South Korea’s 67 public funds controlled by the Ministry of Economy and Finance in 2020 stood at 2,270.8 trillion won.

Unlike a majority of asset management companies, which often have to aim for the next quarter’s profit, public pension funds should anticipate several years and generations ahead, Ryu said.

In doing so, Ryu said, the country’s public pension funds should set themselves apart from asset management companies such as those in Yeouido, Seoul’s financial district.

“The amount that the National Pension Fund manages is far from smaller asset management companies in Yeouido, but somehow the same people are managing investments of huge public pension funds with a short-term goal in their minds.”

Among other policy suggestions, he recommended tax benefits for long-term ESG investors and fostering an ecosystem for ESG investment.

However, he also warned that regulations should not come ahead of market decisions because each company, sector, industry has different issues on their hands, he noted.

According to recent report by the Federation of Korean Industries, an influential business association, among 244 clauses in 97 ESG-related bills proposed at the National Assembly, regulations and punishment took up 196 clauses.

Ryu is the founder and CEO of Sustinvest, an ESG advisory firm in Korea. Sustinvest works with a wide range of asset owners, investment managers and governmental institutions, helping them integrate ESG factors into their investment and management decisions.