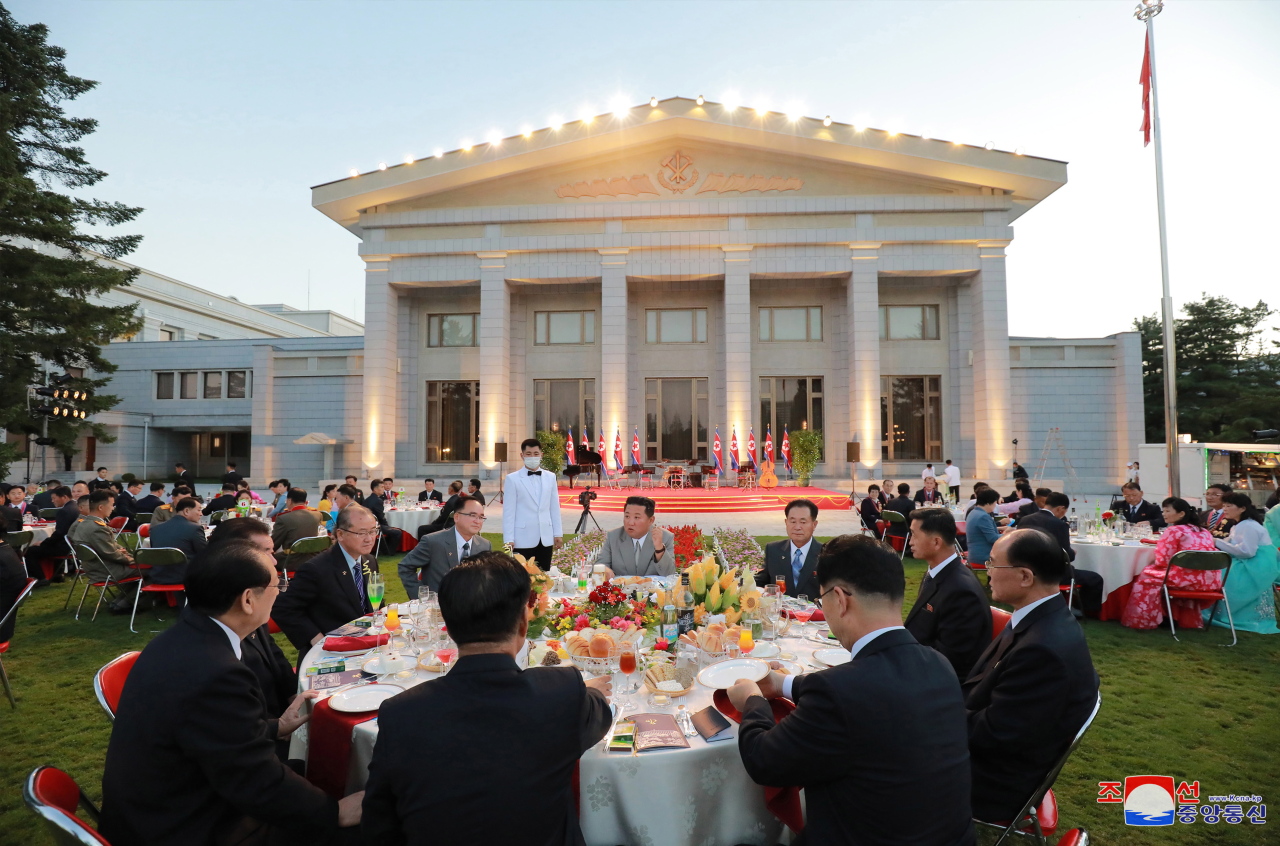 The 73rd founding anniversary of the DPRK at the office building of the Party Central Committee, in Pyongyang, North Korea, on Sept. 8. (EPA-Yonhap)
North Korean Embassies and diplomatic personnel are engaging in illicit financing activities to fund the country's nuclear and other destructive weapons activities, a British government report has said.

The British finance ministry's National Risk Assessment of Proliferation Financing (PF) report said its hosting of the North Korean Embassy in London "may pose an inherent" risk, as not all banks in the country may be attuned to UN Security Council (UNSC) sanctions that restrict such activities.

Referring to the "significant risk" that comes with the presence of North Korean workers in a country, the report said "opportunities may exist" for those on student visas in Britain to generate revenue, though the European country does not host any North Korean workers.

The report also said North Korea is estimated to have stolen

US $316.4 million worth of virtual assets across the globe through cyber activities between 2019 and 2020, citing a recent UN report.

"(UNSC) restrictions are only effective if they are correctly implemented and enforced," the report said, warning a weak implementation by both public and private sectors could lead to "further revenue raising to support North Korean proliferation." (Yonhap)