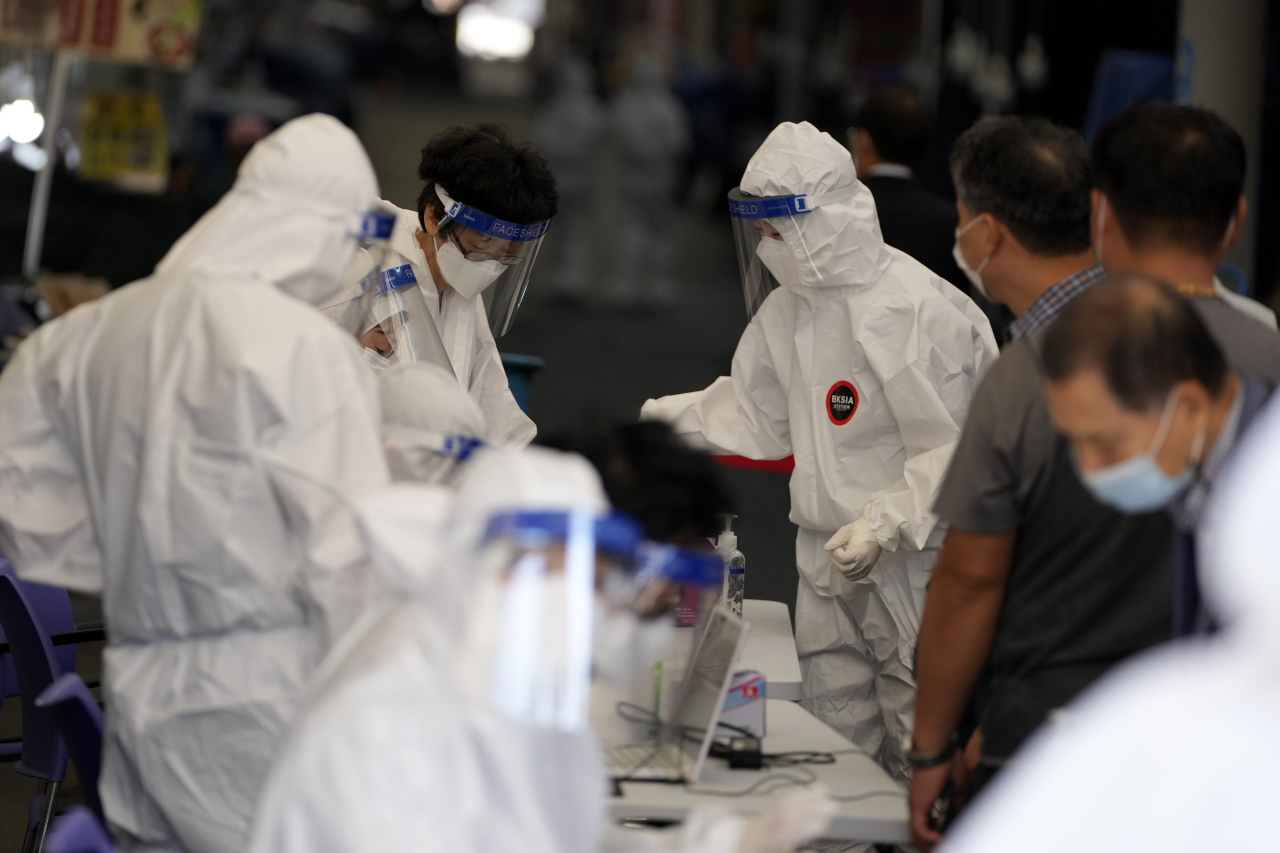 The country reported an all-time high number of daily cases for the second consecutive day by adding 3,273, including 3,245 local infections, raising the total caseload to 298,402, according to the Korea Disease Control and Prevention Agency (KDCA).

Saturday's daily caseload jumped 839 from the previous day's record high of 2,434, marking the highest since the country reported its first COVID-19 case in January last year.

The surge in daily cases came as millions of South Koreans returned home after Chuseok, the Korean autumn harvest celebration, which ran from Monday to Wednesday.

Daily cases have stayed over 1,000 for the last 81 days amid the fast spread of the more transmissible delta variant nationwide.

The country added seven more deaths from COVID-19, raising the death toll to 2,441. The fatality rate was 0.82 percent.

The Seoul metropolitan area, home to half of the nation's 52 million population, accounted for 77 percent of the total infections.

Seoul reported 1,222 cases, marking the first time for the figure to surpass the 1,000 mark. The surrounding Gyeonggi Province reported 1,102 cases, and the western port city of Incheon added 201 cases.

Health authorities have warned of a further hike in cases, as around 1 million citizens were awaiting their coronavirus test results Friday following the mass migration during the Chuseok holiday.

The greater Seoul area, the hotbed of South Korea's latest wave of the pandemic, has been under Level 4 distancing measures, the highest in the country's four-tier system, since July with most other areas being under Level 3.

The bans on private gatherings were eased during the latest holiday, allowing up to eight people to gather on the condition that four of them are fully vaccinated.

But the authorities tightened the restrictions, limiting the number of private gatherings to a maximum of six starting Friday.

Imported cases came to 28, including four from Uzbekistan, and three each from Myanmar and Mongolia.

The number of patients with serious symptoms across the country reached 339, up 30 from the previous day.

The total number of people released from quarantine after making full recoveries was 266,414, up 1,922 from a day earlier. (Yonhap)