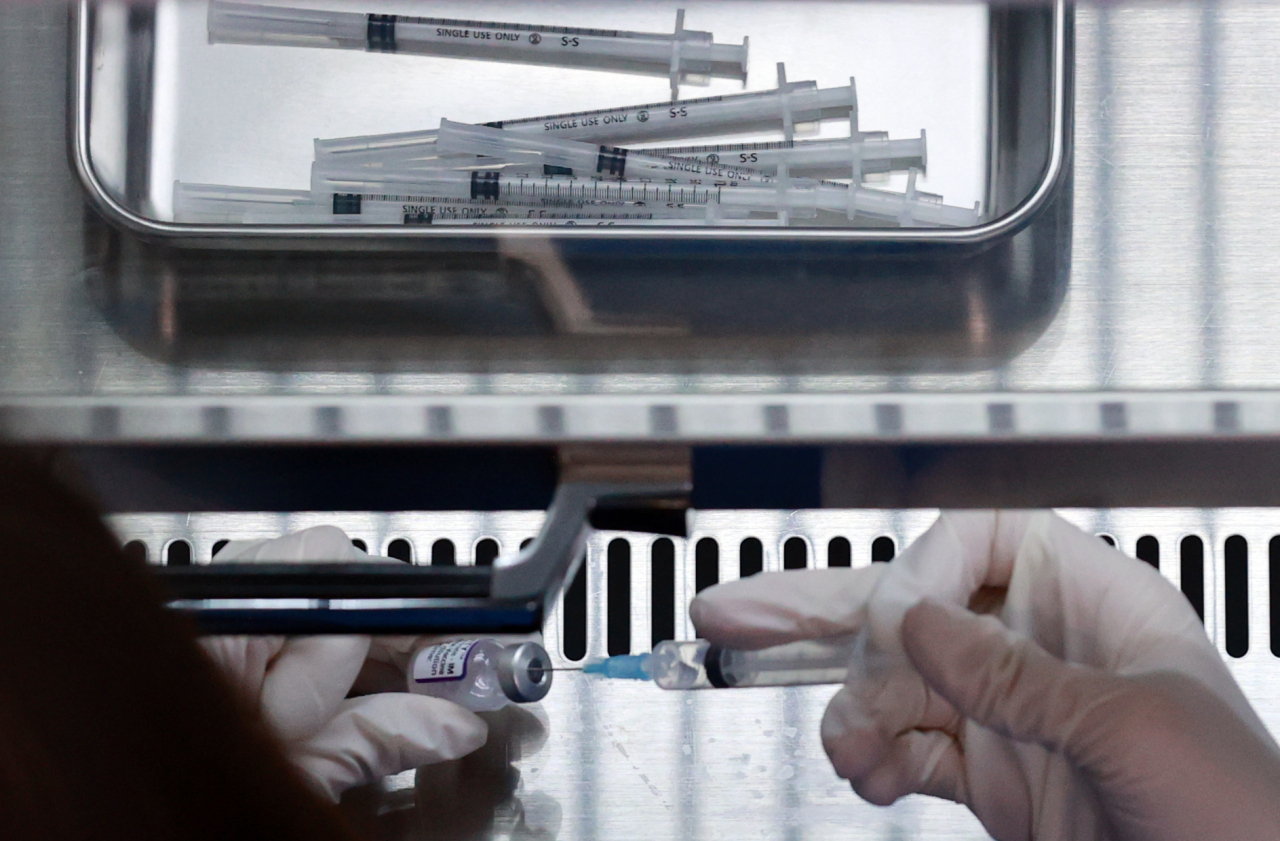 Pregnant women and children aged 12 to 17 will get COVID-19 vaccines in the fourth quarter of this year. (Yonhap)

Pregnant women and children aged 12 to 17 will get COVID-19 vaccines in the fourth quarter of this year, officials said Thursday.

The Korea Centers for Disease Control and Prevention said it would announce new immunization plans on Monday afternoon for those who have until now been left out of the vaccination drive. The plan will include inoculating pregnant women, children and adolescents. Details on booster shots will also be unveiled.

In August, a vaccination committee recommended that pregnant women and teens aged 12 to 17 be included on the vaccination list, after it concluded that the vaccines would not pose any safety or efficacy issues. The government has reviewed the plans with the related ministries and relevant stakeholders since.

The World Health Organization and some countries including the US and the UK recommend vaccination for pregnant women as they are considered a high-risk group. Children aged 12 to 17 are being immunized in the US, Canada, Singapore, and Japan. Only one shot is provided for the age group in the UK and Hong Kong.

There are an estimated 2.76 million children within that age group, and 270,000 pregnant women, data showed.

The government is also expected to unveil its plan on administering booster shots.

Officials said in a briefing that they were considering additional vaccinations for elderly people in high-risk groups who completed vaccinations in the first half of the year.

The US Food and Drug Administration recently decided to approve the emergency use of Pfizer’s booster shots for those aged 65 or older, severely ill patients and some high-risk Americans.

Starting Friday, fully vaccinated people will be exempted from self-isolation -- if they are asymptomatic -- even after being in close contact with an infected person. They are classified as subject to manual monitoring and will only undergo two PCR tests. First tests are performed immediately after they are classified as close contacts and once more after several days.

Regarding the timing of reviewing “with COVID-19,” the government reiterated that raising the vaccination rate to 70 percent must be preceded.

Senior Health Ministry official Son Young-rae said Thursday, “Not only the size of confirmed cases, but also the overall trend of infections, risk fluctuations such as severity and deaths, and the capacity of our medical system will be comprehensively reviewed.”

As of Wednesday midnight, the daily number of new cases was 1,716, reaching 1,700 for the third consecutive day. Among them, 1,698 were locally transmitted. Most of the patients came from the wider Seoul area, with 1,292 people testing positive for the coronavirus in Seoul, Gyeonggi Province and Incheon.

The government expects the number to rise due to the cross-country movement of the population and increased contact between family members and acquaintances during the Chuseok holiday.

Son Young-rae said the number of confirmed COVID-19 cases increased even though the number of tests declined during the holiday season.

“As it tends to increase in the metropolitan area, we are watching how the impact will appear this week and next week,” Son said.

There is also a risk that the outbreak in the Seoul metropolitan area will spread to nonmetropolitan regions due to Chuseok holiday travels, he added.

Authorities will toughen rules on private gatherings that were slightly eased during the holiday starting Friday.

Up to six people, including those fully vaccinated, can gather at restaurants, cafes and homes in greater Seoul areas. For those who are unvaccinated or had only gotten their first shots, only up to four people are allowed to gather before 6 p.m. and only two-person meetings are permitted after 6 p.m.

Earlier, the government allowed family gatherings of up to eight people, including four who are fully vaccinated, at homes for one week from Sept. 17 to 23.

In other areas mostly implementing Level 3 distancing rules, up to eight people, including four fully vaccinated, can gather at multiuse facilities and homes.

Separately, the government also revealed the results of 101,285 people who had been infected with COVID-19 between May and August. Of that group, the number of deaths and severely ill patients reached 2,240. Most of them, or 87.5 percent, were unvaccinated.