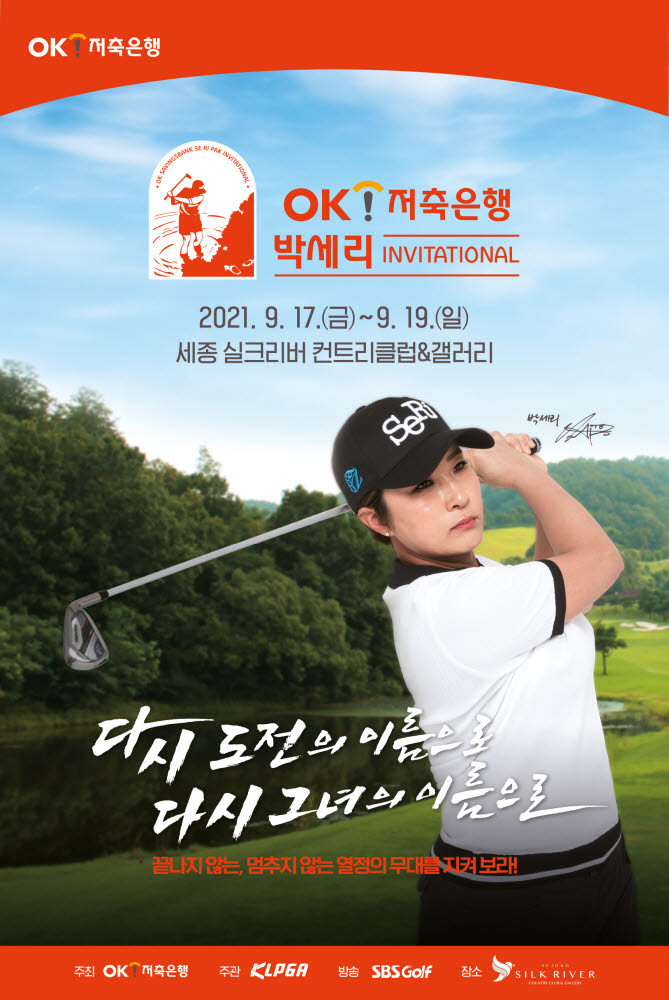 Golfer Pak Se-ri is featured on a promotional poster for this year’s KLPGA’s OK Savings Bank Pak Se-ri Invitational scheduled to be held in Cheongju from Friday to Sunday. (OK Savings Bank)
Female golfers will gather Friday to play in a Korea Ladies Professional Golf Association tournament hosted by OK Savings Bank, which returned this year after being canceled in 2020 due to the COVID-19 pandemic.

The KLPGA’s OK Savings Bank Pak Se-ri Invitational – which takes its name after the legendary South Korean golfer – is scheduled from Friday to Sunday at Sejong Silkriver Country Club & Gallery in the city of Cheongju, North Chungcheong Province.

Kim Hyo-joo, who competed in the Tokyo Olympics this year, and other star golfers, including Park Min-ji and Park Hyun-kyung, are set to join in on the competition.

The main sponsor and host OK Savings Bank runs a “Se-ri kids” scholarship for middle school and high school golfers. Park Hyun-kyung is a well-known beneficiary of the scholarship program, launched in 2015.

Pak Se-ri, has been an icon of women’s golf in Korea for decades. Pak, 43, won 25 titles, including five majors, during her trailblazing US LPGA career. She entered LPGA scene in 1998, capturing two majors en route to winning the tour’s Rookie of the Year award. Her signature victory came at the 1998 US Women’s Open, where she earned the title of the youngest champion in tournament history until that point at age 20.