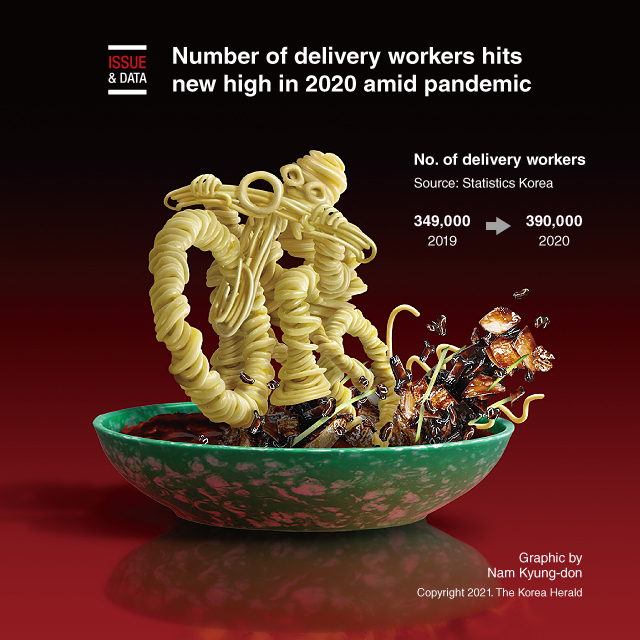 The number of delivery workers in South Korea swelled nearly 12 percent in the second half of last year to hit a record high amid the coronavirus pandemic, government data showed.

Asia’s fourth-largest economy had 390,000 carriers as of the end of December last year, up 11.8 percent from a year earlier, according to data from Statistics Korea.