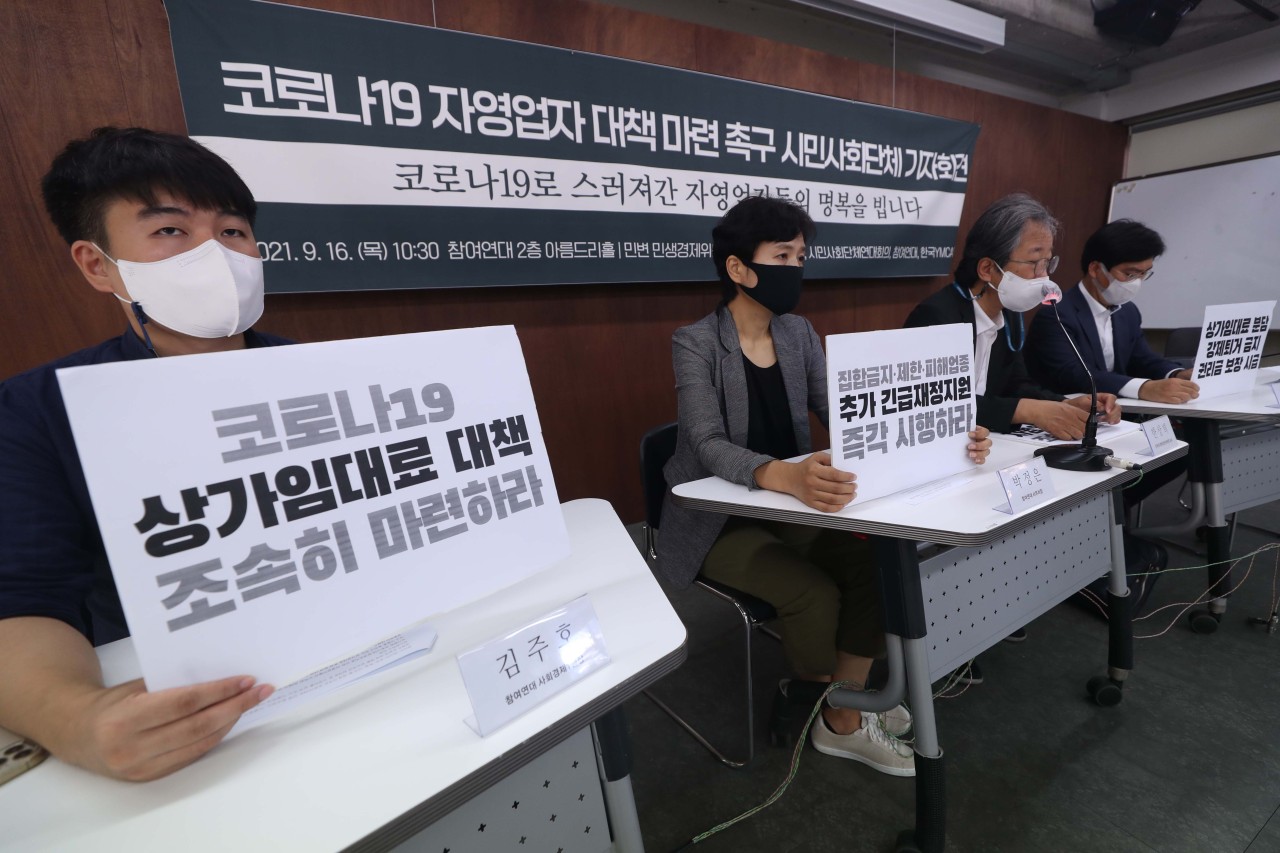 Activists hold signs at a press conference in Seoul, demanding the government come up with more support measures for small business owners and the self-employed hit hard by the pandemic on Thursday. (Yonhap)
South Korean civic groups called on the government Thursday to come up with "drastic" measures to help lessen the hardship of self-employed workers and small business owners, many of them in deep financial trouble caused by the protracted coronavirus pandemic.

"We are in an emergency situation that is driving small business owners and the self-employed to make fatal decisions,"

they said in a joint statement during a press conference held at the office of People's Solidarity for Participatory Democracy (PSPD).

"The National Assembly and the government cannot be free from responsibility for their deaths," they said, referring to a spate of recent suicides over severe financial strain from the pandemic, as well as strict distancing rules that limit their business hours and operations.

Han Sang-hee, a law professor at Konkuk University in Seoul, said the government's relief money to small businesses has been too small for the economic damage inflicted on them.

A maximum of 30 million won ($25,600) per person has been provided to some of them through three rounds of relief package programs, he said, but the amount pales in comparison to some 100-200 million won provided in advanced nations like France and Japan.

Lawyer Kim Nam-ju said the government should enact a ban on evictions again, which expired in March, as well as a bill to help reduce tenants' rent payments.

"Small business owners and the self-employed are literally about to wither to death amid strong distancing rules," Park Jung-eun, an activist from the PSPD, said.

The government should more aggressively expand the coverage of its financial compensation program, she said, which passed the National Assembly on July 1 but does not apply retroactively. (Yonhap)