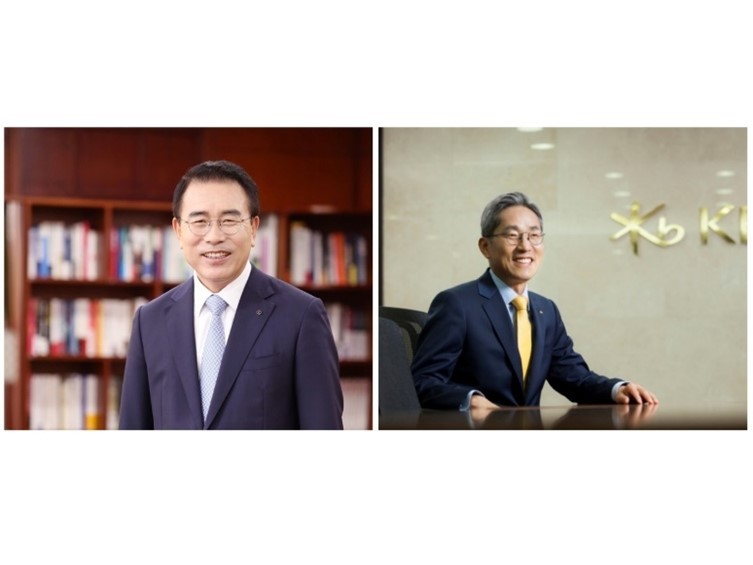 The joint fund is divided into two types, which are denominated in the euro and Korean won. The groups’ flagship lenders -- KB Kookmin Bank and Shinhan Bank -- injected a total of 40 billion won in the euro-denominated fund, while the groups’ insurance units -- KB Insurance and Shinhan Life Insurance -- injected a combined 40 billion won in the won-denomiated fund, they added.

The fund is the first investor to “Guba Buget Project,” an infrastructure project led by the Swedish government. It is aimed at building a wind power plant with a capacity of 64.4 megawatts in the country.

Along with pooling money for the project in Sweden, KB Kookmin Bank and Shinhan Bank issued a letter of credit for the Guba Buget Project. They plan to offer financial consulting services to companies participating in the project.

Having the Swedish project as a starter, KB and Shinhan said they would reach out for other green energy projects around the globe.

“The latest joint investment would be a good example of local banking groups’ entry into the overseas renewable energy market, especially considering that the firms can provide financial solutions for global developers of green energy,” a KB Financial official said.