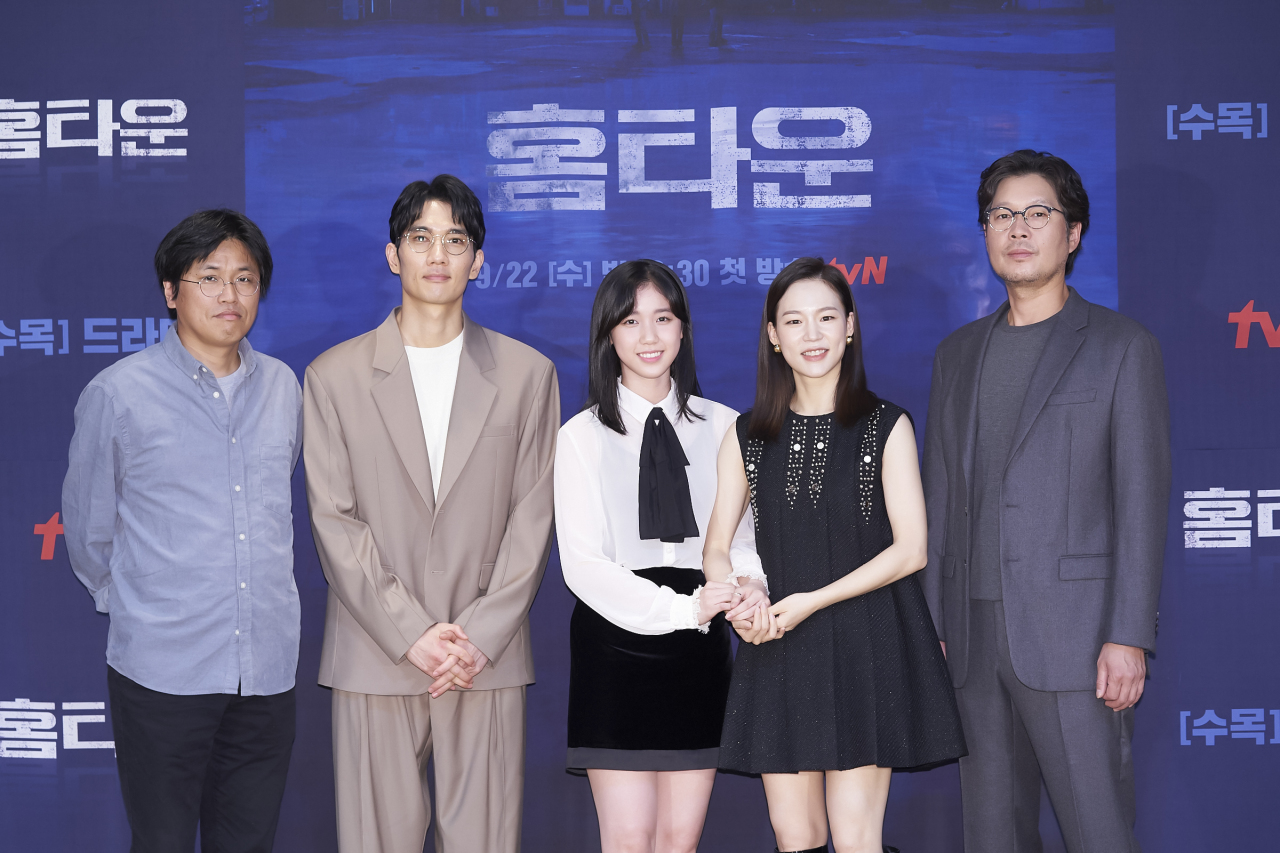 (From left) Director Park Hyun-seok, and actors Um Tae-goo, Lee Re, Han Ye-ri and You Chae-myung pose for a photo after an online press conference Wednesday. (tvN)
“Hometown,” directed by Park Hyun-seok, will premiere on Sept. 22 starring Han Ye-ri as Jo Jung-hyun, a woman searching for her kidnapped niece.

Set in the imaginary town of Saju, South Gyeongsang Province, the upcoming tvN drama shows a detective (played by You Chae-myung) investigating a series of murders in 1999 and Jo’s search for her niece, which lead the characters to encounter the terrorist and serial killer Jo Kyoung-ho (played by Um Tae-goo).

“I am well aware of how careful the actors choose their work and this is a time-taking process. But, I thank the actors for making their choice very early and showing their passion for the work,” the director said in an online press conference Wednesday afternoon.

When asked about the rise of crime thrillers in Korean drama, Park said “Hometown” was a little different.

“Though our work shows gas terror and serial killing, these are not major events (in the plot). ‘Hometown’ is more focused on how the individual characters are reacting to the horrific incidents and their change of relationships,” the director added.

Veteran actor You, who has starred in hit dramas “Confession,” “Itaewon Class” and “Vincenzo,” was focusing on portraying a character suited for the drama, while concerning the series with similar genre.

“There are many actors who cemented their legacy by acting in a murder mystery or crime thriller. However, I tried not to follow them simply because they were praised by the public. Becoming a detective with my own color was a difficult process. However, the director and I am certain that we managed to find an answer,” You said. 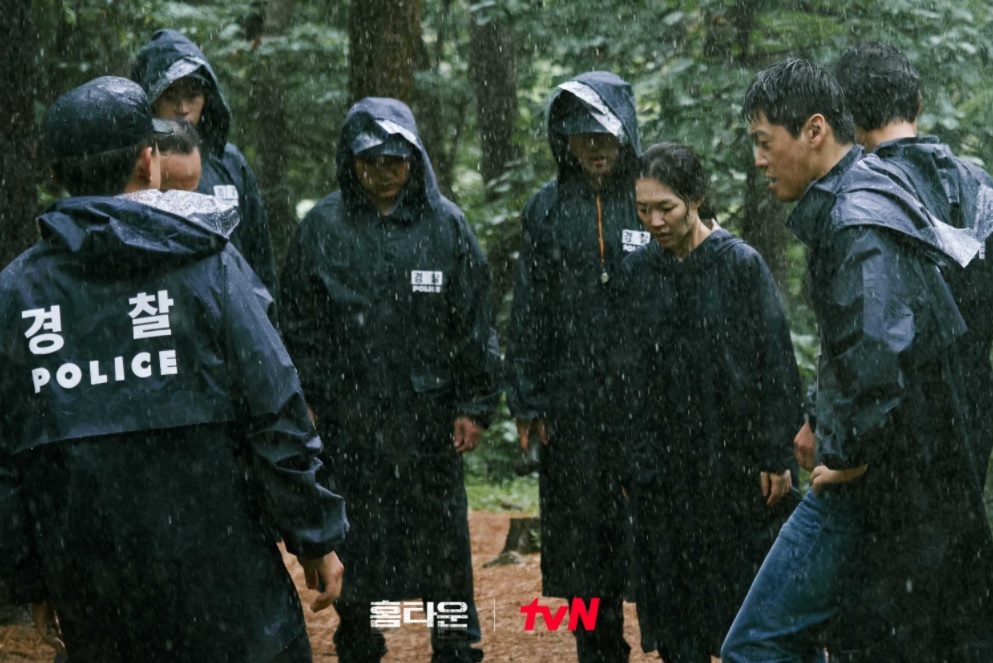 Han Ye-ri plays Jo Jung-hyun, a woman searching for her kidnapped niece in “Hometown” (tvN)
Han said she felt no pressure when choosing her next project.

“Some of my friends and colleagues were worried about my next step after Oscar-winning film ‘Minari.’ I was fully aware that the success of ‘Minari’ was not achieved by myself. Without feeling any burden, the outstanding scenario of ‘Hometown’ lured me to take the role of Jo Jung-hyun,” Han said.

“If I were drawn so much by the stories, I thought the viewers will definitely find the drama interesting to watch,” the actor added.

With the Wednesday-Thursday drama to kick off at 10:30 p.m Wednesday, Park was confident viewers would enjoy the 12-part series.

“Because the drama heavily covers about the stories of characters in Saju, watching ‘Hometown’ can be a refreshing experience. Though our work may be unfamiliar at the start, I am certain that the viewers will naturally be absorbed into the storyline,” Park said.