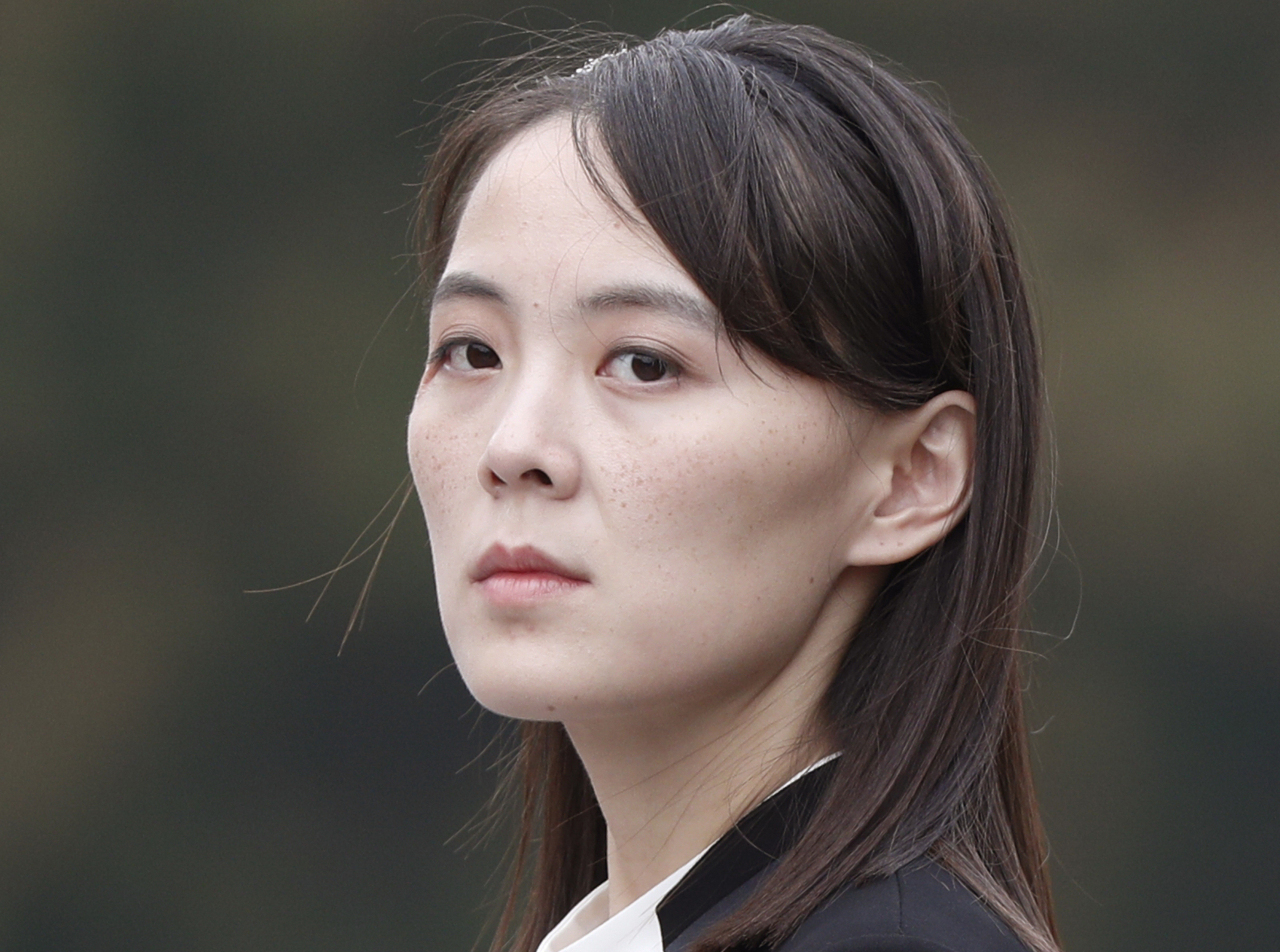 Kim Yo-jong (AP-Yonhap)
North Korea's main newspaper, the Rodong Sinmun, and other media outlets targeted toward the domestic audience did not carry a statement by leader Kim Jong-un's sister that warned South Korea of the deadlock of inter-Korean relations.

On Wednesday, Kim Yo-jong released a statement slamming South Korean President Moon Jae-in for branding the North's weapons tests as a "provocation" and warned of a "total deadlock" of inter-Korean relations.

As of early Thursday morning, the Rodong Sinmun newspaper and the state-run Korean Central Broadcasting Station have not yet carried Kim's statement.

The statement came shortly after Moon oversaw the test-launch of an indigenous submarine-launched ballistic missile (SLBM) and said the successful test has demonstrated that South Korea has a "sufficient deterrent" to cope at any time with North Korean provocations.

She lashed out at Moon as being "too stupid" to be fit for the president of a country and warned that the North-South relations will end up in a total deadlock if Moon continues to support "the act of faulting and hurting the dialogue partner."

However, Kim stressed that the deadlock of inter-Korean relations is not what the North desires.

Earlier statements by Kim Yo-jong and Kim Yong-chol, head of the North's United Front Department, criticized Seoul and Washington for going ahead with their joint military exercise last month, were carried by North Korean media outlets, including the Rodong Sinmun and the state-run Korean Central Television.

Wednesday's statement marks the first time Kim has called out Moon by his name instead of referring to him indirectly as the South Korean authority, a unification ministry official said.

"North Korea's direct criticism of our president is not beneficial at all in improving inter-Korean relations and bringing peace on the Korean Peninsula," she said.

The official stressed that the North must at least "show basic decency and a minimum level of respect for the other party at all times."

She added that the ministry will continue efforts for the early resumption of dialogue with Pyongyang and urged the North to come back to the negotiating table.

On Wednesday, Pyongyang also held a firing drill of two short-range ballistic missiles in the East Sea apparently from a train just hours before Seoul conducted the SLBM test amid concerns the latest launch could ratchet up tensions on the peninsula. (Yonhap)