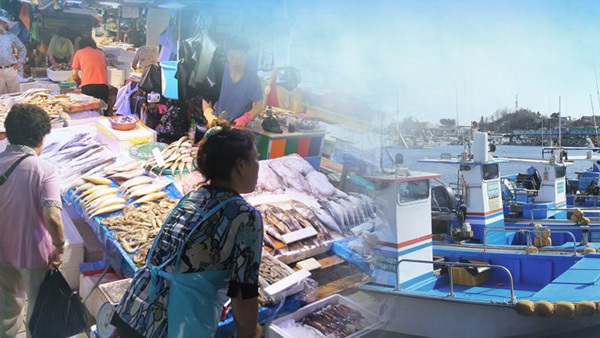 Outbound shipments of fishery products reached $1.74 billion over the January-August period, compared to $1.48 billion tallied a year earlier, according to the Ministry of Oceans and Fisheries.

The ministry attributed the growth to more people visiting restaurants around the globe compared to the previous year, which boosted the demand for seafood.

Exports to China moved up 38 percent to reach $404 million, and those to the United States gained 22 percent to hit $245 million.

Other major destinations included Vietnam, to which outbound shipments reached $111 million, up 25.8 percent from a year earlier. Sales to Japan, on the other hand, edged down 0.8 percent to $420 million.

By products, dried laver led the overall growth with its exports reaching $452 million, up 13.4 percent on-year. Dried laver is usually roasted with sesame oil and fine salt to be served as a side dish in Korean dining.

Outbound shipments of pollack soared more than six folds to $60 million, and those of tuna gained 25 percent to $394 million. (Yonhap)