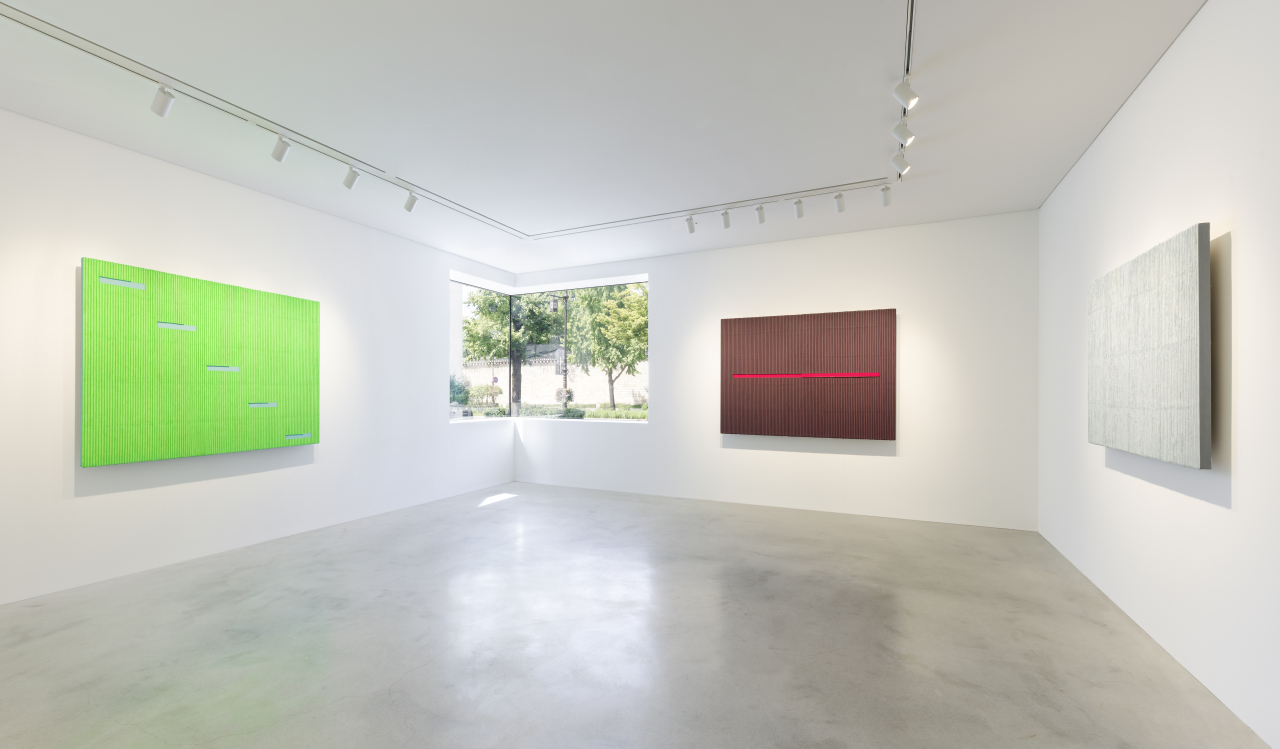 Titled “PARK SEO-BO,“ the exhibition which runs through Oct. 31, shows how nature has become the artist’s core value and his belief that art should serve to heal people.

The 91-year-old artist is a pioneer of Korea’s contemporary art, leading the dansaekhwa movement since the late 1960s. Translated as “monochrome painting,” the art genre pursues self-discipline by performing art. Park first unveiled his early Ecriture series-- which is also known as pencil Ecriture -- in 1966. This evolved into mid Ecriture in the 1970s and late Ecriture in the 2000s. 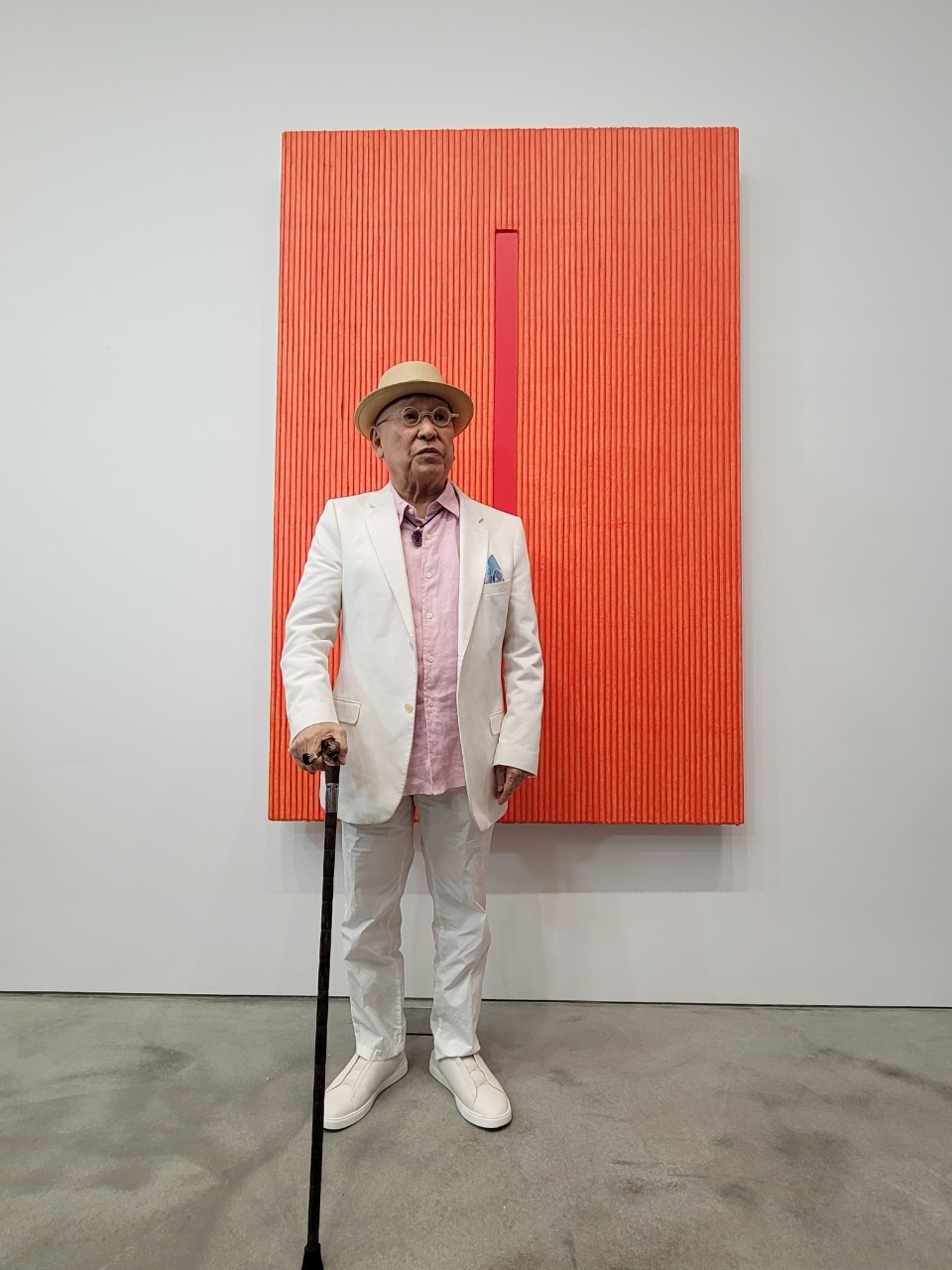 Park Seo-bo poses in front of his painting inspired by ripe persimmon at Kukje Gallery (Park Yuna/ The Korea Herald)
“I learn many things from nature. There are two types of nature, the original nature and the nature reinterpreted by humans. I feel nature and interpret it in my own way,” he said during the press preview on Thursday. Recalling how he was impressed by the colors of maple trees in Japan in 2000, Park said he even learns from colors of fashion displayed in a shop window, as he believes they are also inspired by nature.

The paintings that Park named after the colors in nature that he perceived -- air, cherry blossoms, canola flower and wine -- are on display at the front part of K1. The paintings with colors that Park named ripe persimmon, maple leaves and golden olives are exhibited at the back of the gallery.

Among the colors is neon green which is painted on a 1.3-meter-high canvas. Park considers neon colors to represent the contemporary era as those colors were not used in the past in Korea. 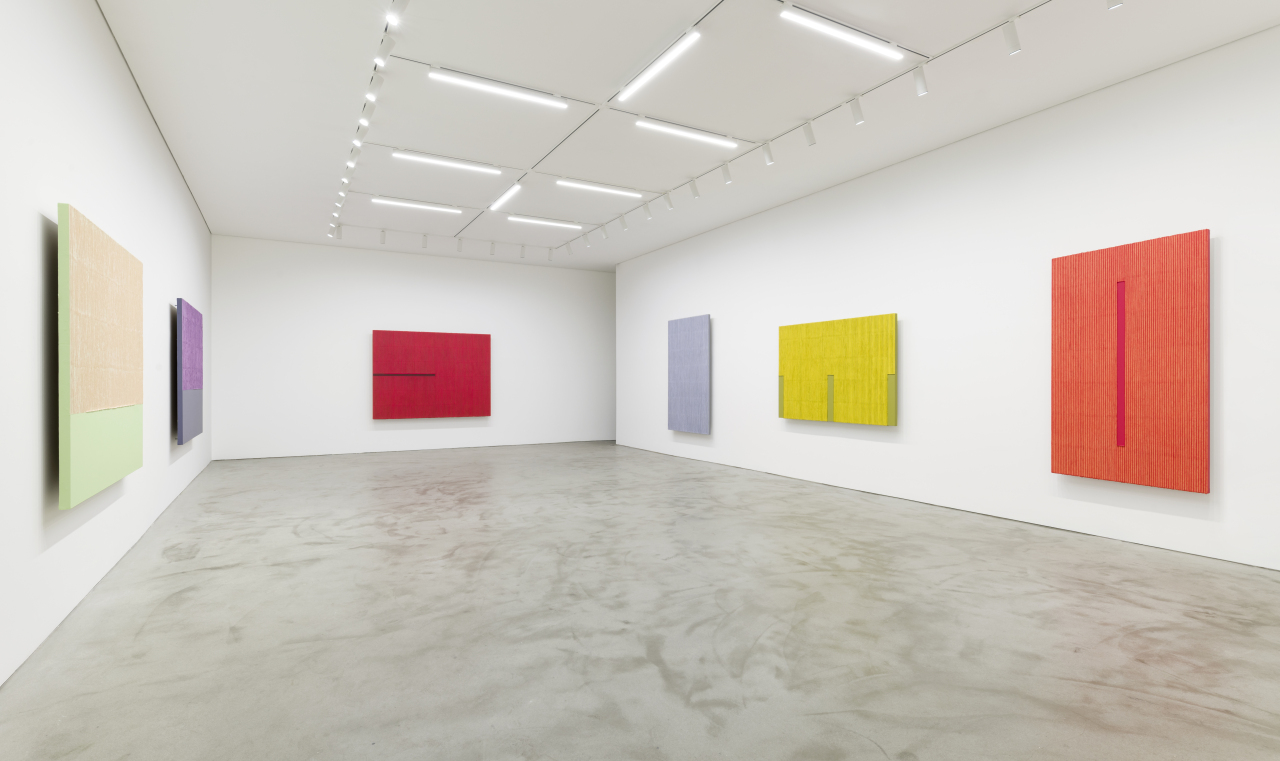 The late Ecriture series is also known as color Ecriture, as the artist began to apply colors to his works in the 2000s. Park soaks Korean traditional mulberry paper, or hanji, in water for three months and builds up three layers of the paper on canvas. He then draws lines with a thick graphite pencil repetitively before the surface dries and adds acrylic paint to the surface to depict the natural scenery that inspired him.

“While western paintings are focused on expressing one’s thoughts, I aim to empty myself through art. Art is a means to cultivating myself,” he said.

The exhibition “PARK SEO-BO” is Park‘s second solo exhibition to be held at the Kukje Gallery which has been promoting dansakehwa paintings together with Park since 2010, hosting group exhibitions of dansaekhwa artists at home and abroad. 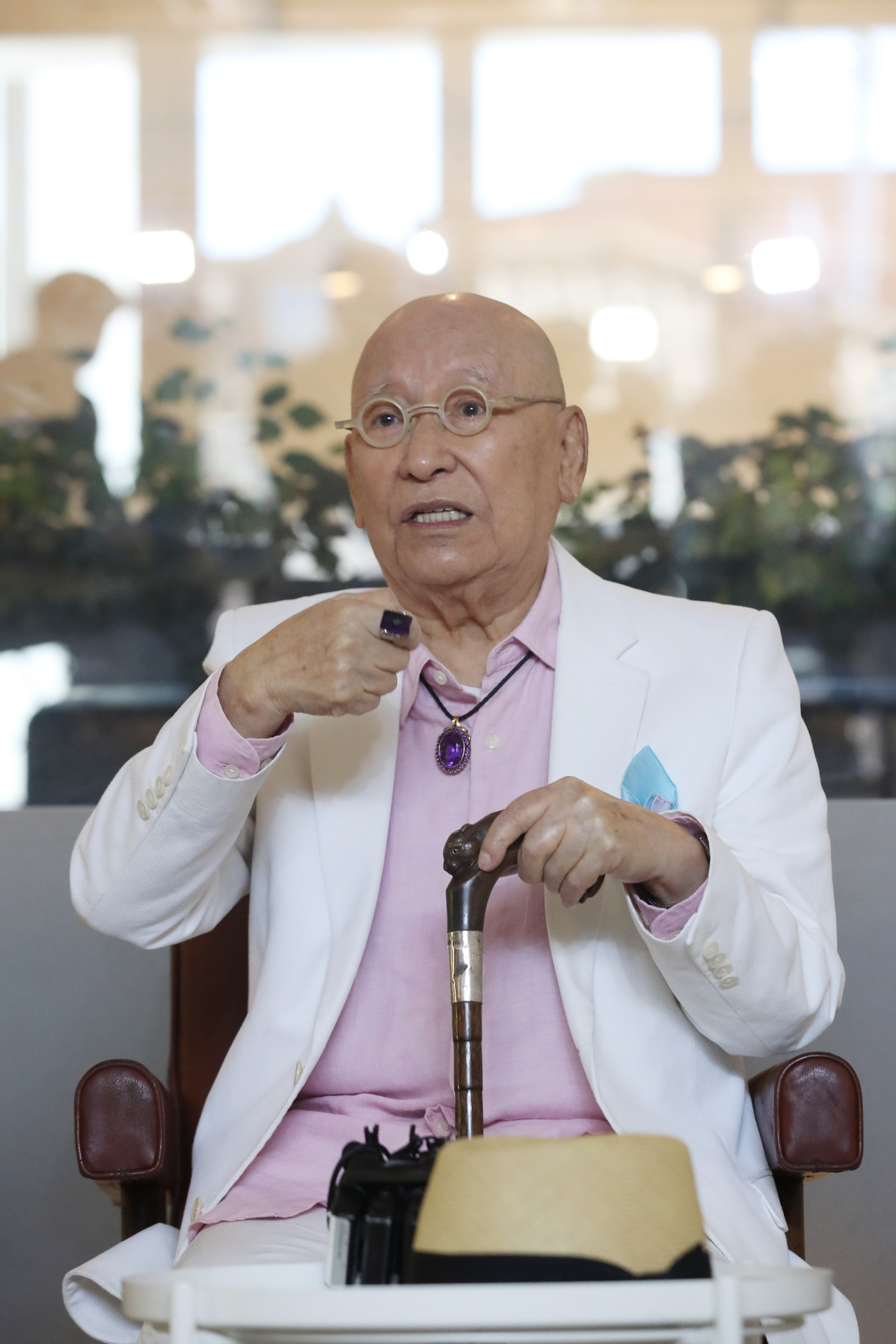 “I started a 2.6-meter-wide painting in 2019 and I am still working on it. It will be a masterpiece which will be completed this year. I know I do not have much time to live so I am doing all my best so that I do not regret my life in my tomb,” he said.

The painting will be unveiled at a group exhibition next April at the Fondazione Querini Stampalia in Venice which will be held during the Venice Biennale 2022 in Italy.