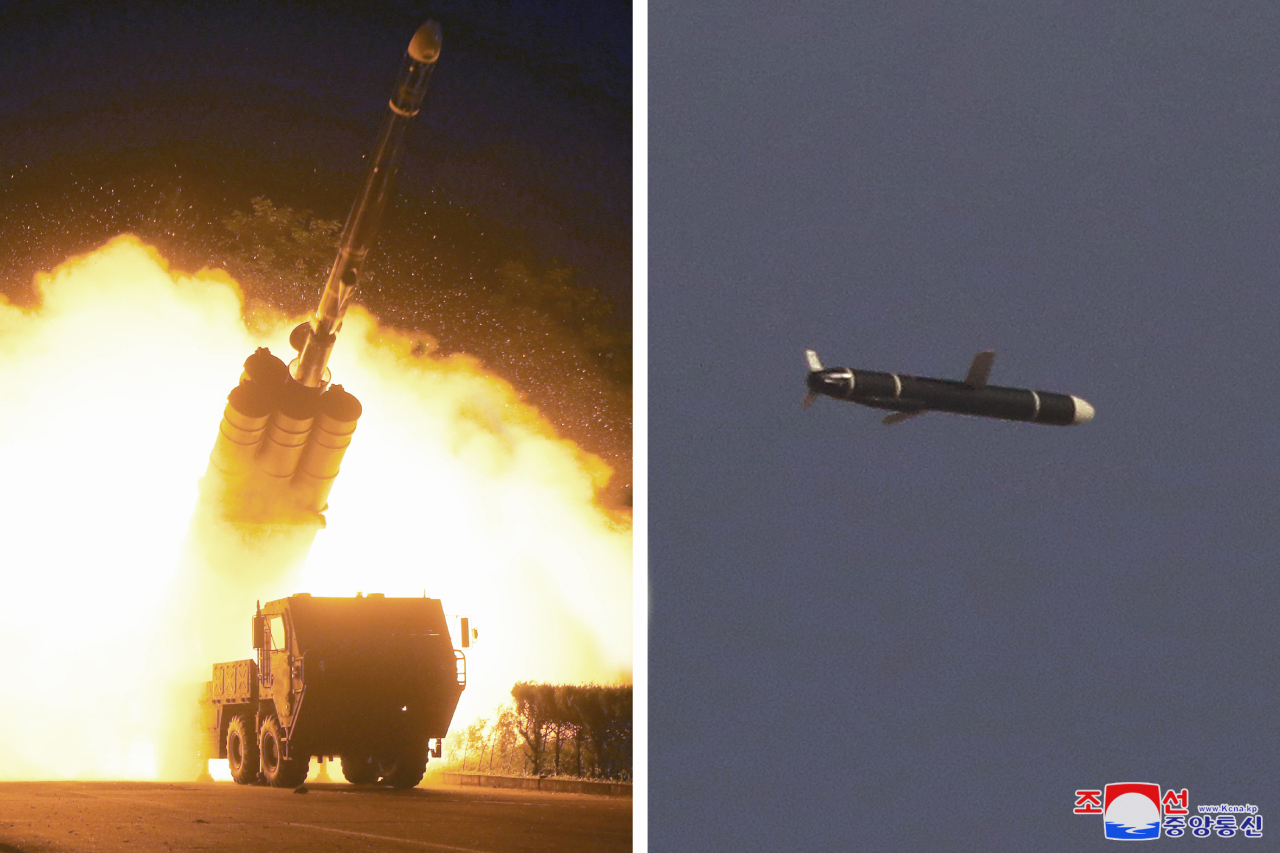 In this photos, provided by the Korean Central News Agency on Monday, show a missile being fired and traveling in the sky. (KCNA-Yonhap)

Seoul's military said that the type of missiles fired has not been identified, and that South Korea and the US intelligence agencies are analysing the launch.

The JCS also said that the military has been put on raised alert, and maintaining readiness in cooperation with the US.

The launch comes only days after the North claimed to have tested a new cruise missile.

On Monday, the North said that it had successfully test-fired a new type of long-range cruise missile over the weekend.

During the tests Saturday and Sunday, the cruise missiles flew in ovals and figure eights for more than two hours above the North’s land and waters before hitting targets 1,500 kilometers away, according to the Korean Central News Agency.