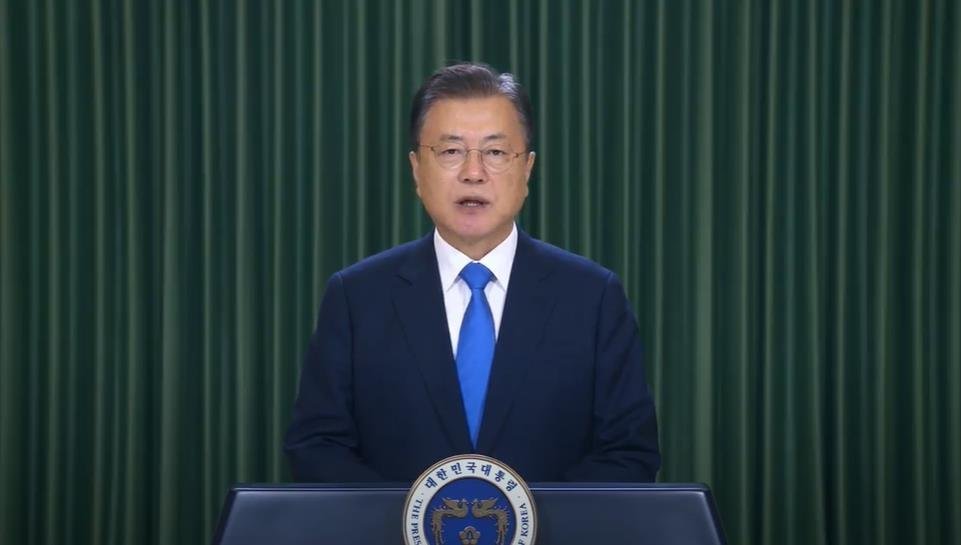 He delivered the message via his social media accounts on the occasion of the International Coastal Cleanup Day.

"It takes 450 years for plastic to break down after being used for a moment," he pointed out. "Micro plastics threaten not only marine life but also our health."

The president stressed South Korea will cut the amount of plastic waste generated in the nation by 60 percent by 2030 and make it down to zero by 2050.

The International Coastal Cleanup Day is held the third Saturday in September. It is intended to encourage people around the world to make beaches cleaner. South Korea joined the campaign in 2001. (Yonhap)