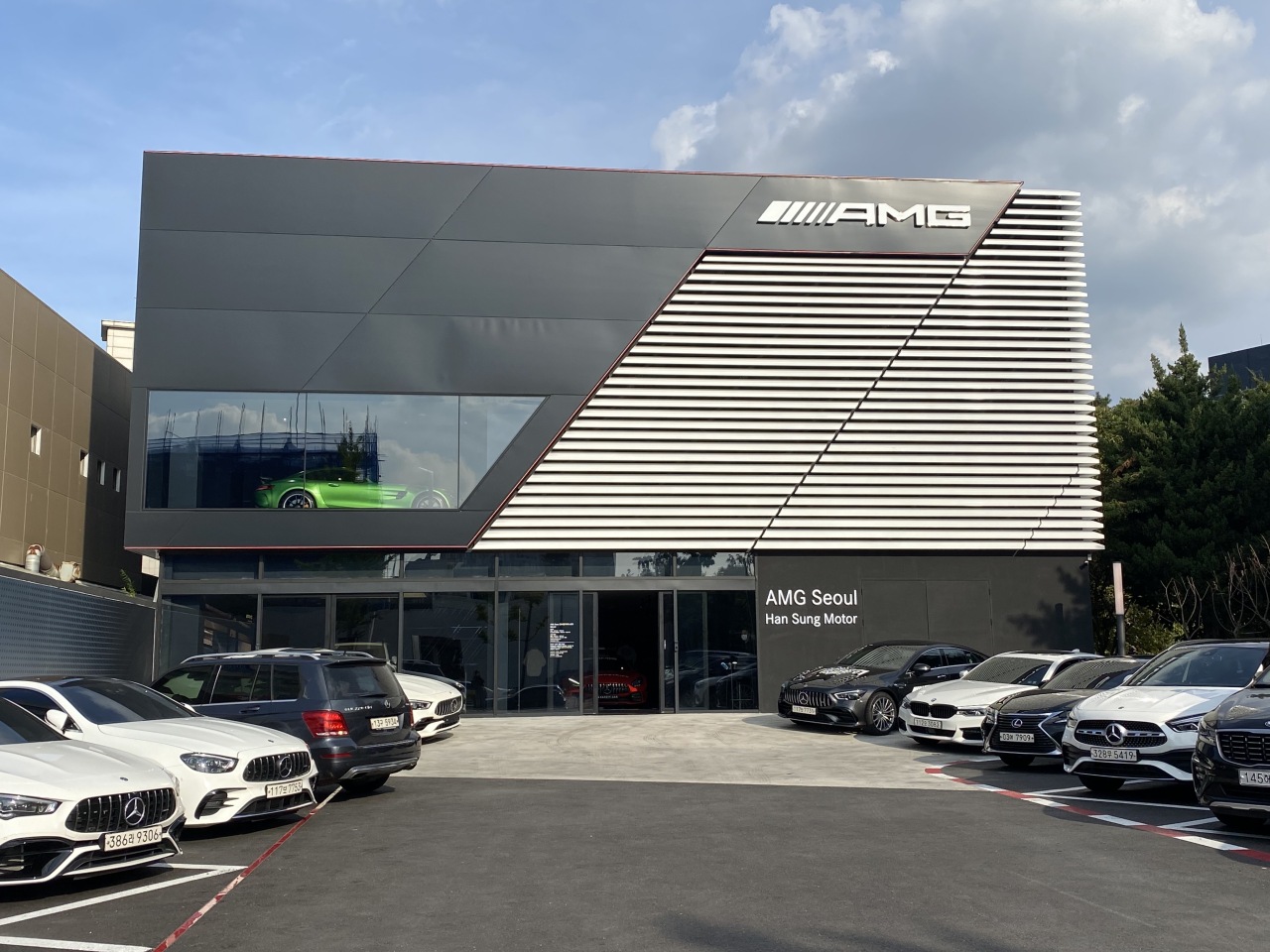 AMG Brand Center Seoul in Gangnam, Seoul (Jo He-rim/The Korea Herald)
From the lighting down to the sparkling floor that resembles the asphalt of a racing circuit, AMG Seoul is all about the heart-racing experience it offers high-performance car enthusiasts.

The center, located in Seoul’s Gangnam area, is the brand’s sixth dealership store in the world. The others are in Sydney, Beijing, Shanghai, Tokyo and the Polish city of Gdansk.

Its exterior has the exact same design as the AMG headquarters in Affalterbach, Germany.

Speaking of the decision to bring in the special brand center, Ulf Ausprung -- chief executive officer of Han Sung Motor, which operates the center -- said the growing interest among South Korean customers in high-performance Mercedes vehicles was a leading factor. 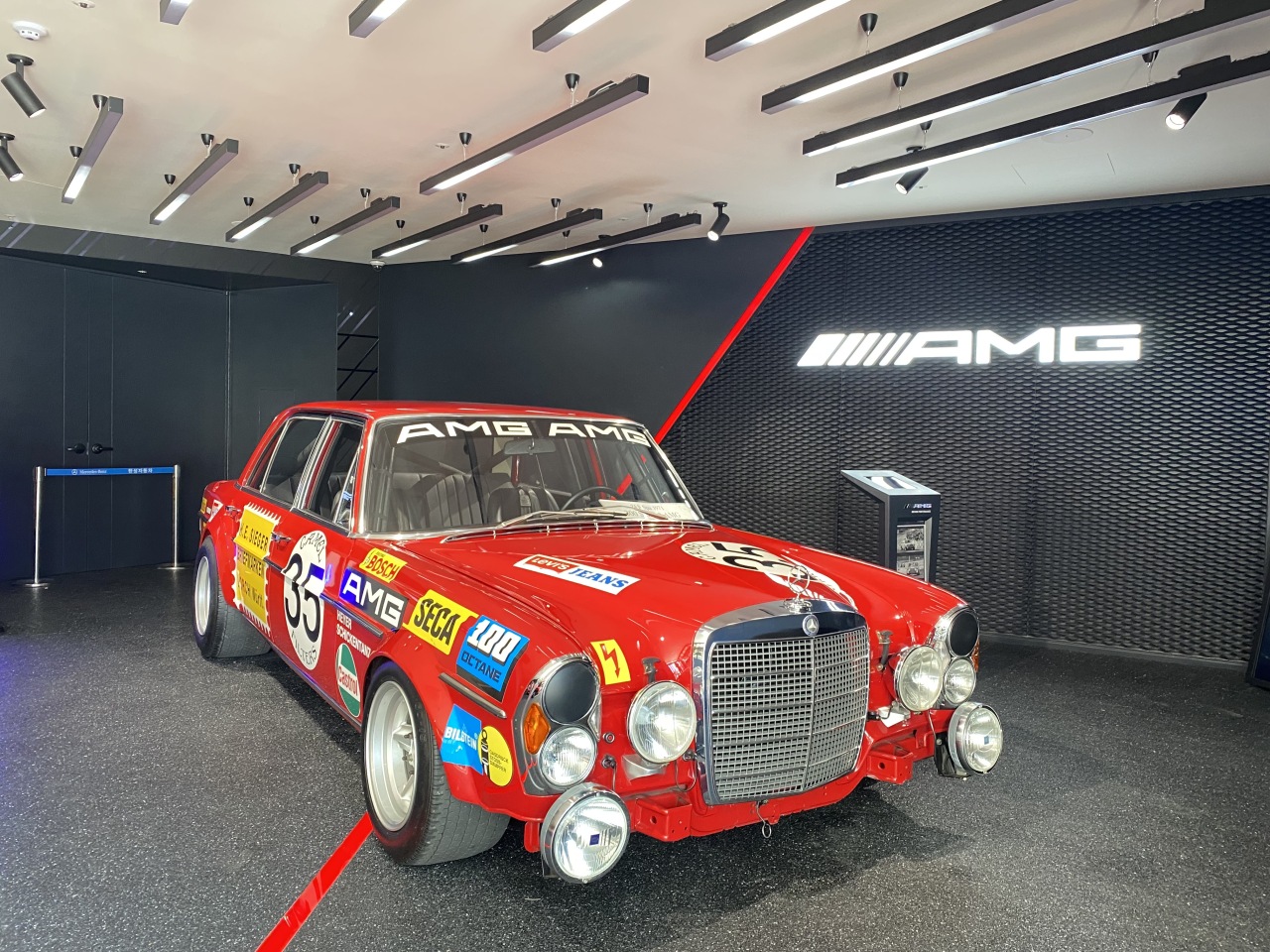 The interior design brought in a sense of the racing spirit from the track, with a dot-matrix display resembling the board at a speed circuit to flash a welcome message. The asphalt-like stone carpet was decorated with white, red and yellow skid marks, and a special engine sound counter broadcast the roaring engines of different models.

AMG Seoul provides the debut stage for some of the most interesting AMG vehicles, such as the Mercedes-AMG Seoul Edition cars that come with special colors and options.

At the showroom, where up to eight models can be exhibited at the same time, seven vehicles were on display on the first and second floors, all of them high-performance AMG models. The vehicles displayed there will be rotated from time to time, one official explained. 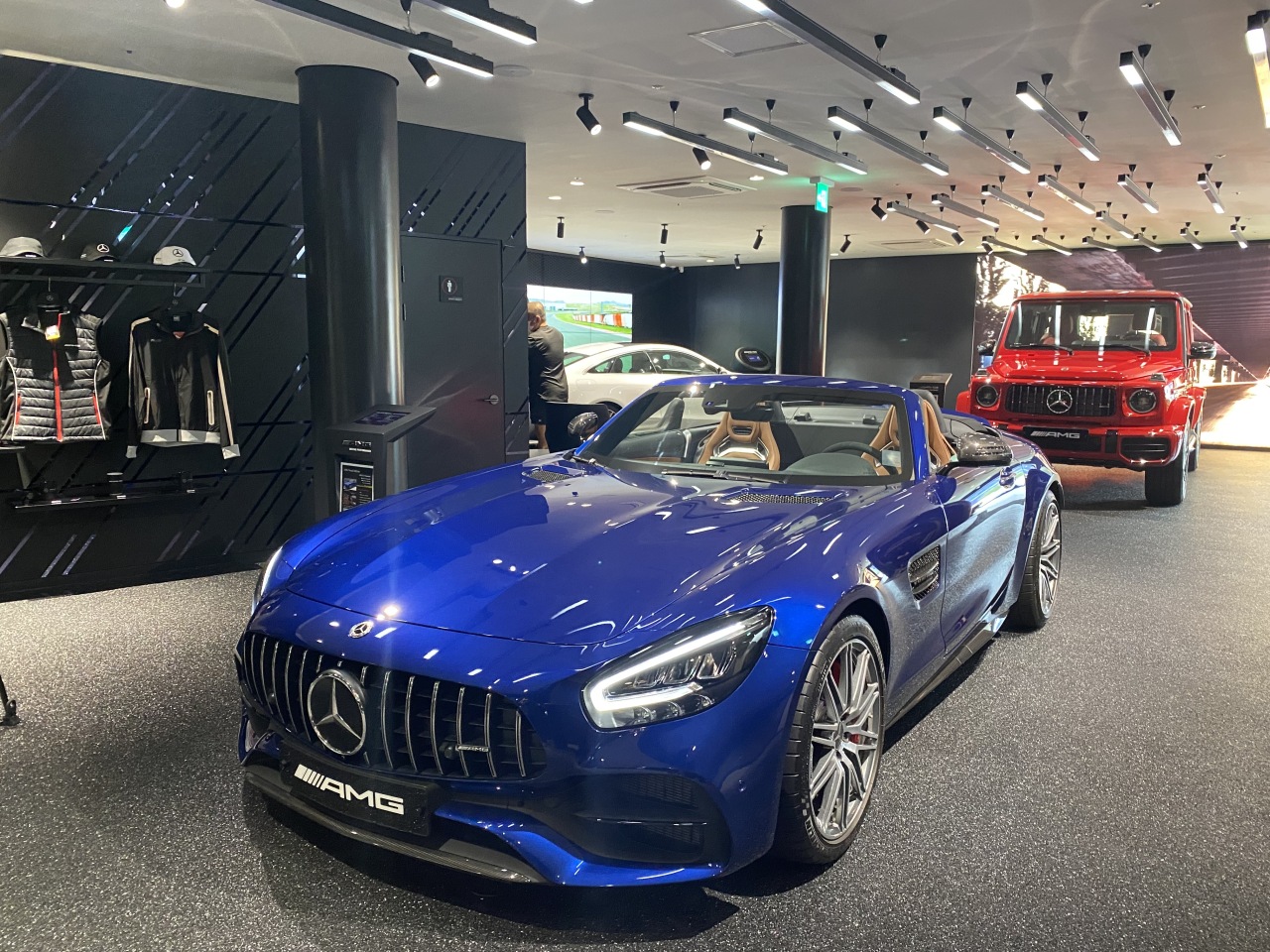 While anyone can enter the draw for the special-edition models, only the winners get the chance to purchase them, a Han Sung Motor official explained.

Within just about a month of the official launch of the center, about 400 teams had visited. The center requires reservations ahead of time.

As a dealership, the center had also carved out space for consultations and maintenance. AMG Lounges were set up in corners of the building, offering drinks and snacks for visitors and also providing space for potential customers to receive detailed one-on-one consultations from AMG experts.

The AMG Gaming Zone on the second floor features a racing simulator, so visitors can experience the different AMG vehicles via a simulation racing game.

The center also has an accessory zone featuring official merchandise from Mercedes-Benz. 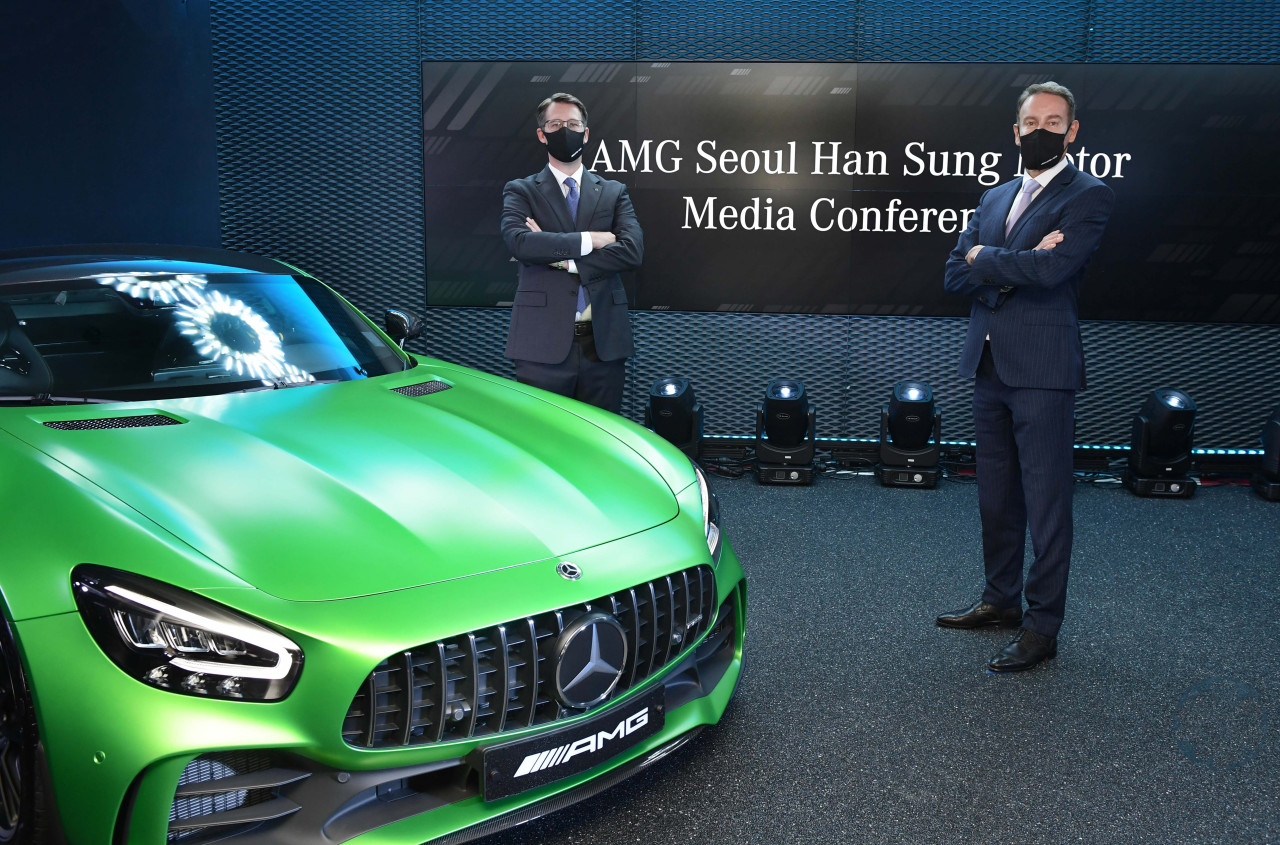 “Based on our strong efforts to build differentiated AMG branding, Han Sung Motor would like to go one step further by operating AMG Seoul, the first AMG brand center in Korea, so that we can provide the ultimate AMG related service and experiences,” he added.

FEEL stands for “first,” “exclusive,” “experience” and “leap,” all of which are AMG Seoul values, he said.

“Han Sung Motor will make the AMG Seoul, which is Korea’s first AMG Brand Center, a must-visit place full of things to see and enjoy, and directly experience DNA of AMG for AMG fans.”

As the largest Mercedes-Benz dealership here, Han Sung Motor currently operates the highest number of AMG Performance Centers and focuses on providing differentiated experiences for its loyal clientele. In 2020, the dealership launched the AMG Playground, a customer club for AMG owners, and has received positive feedback from its members.