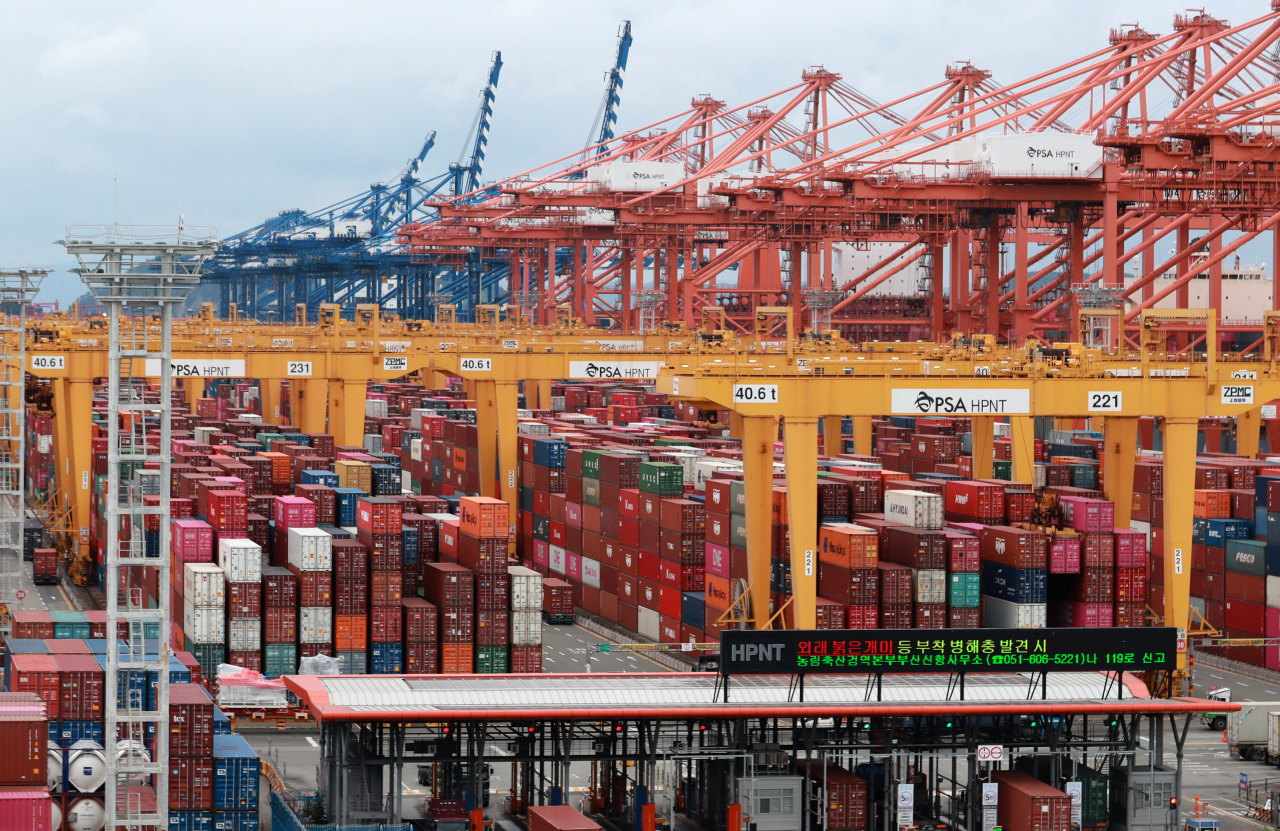 Stacks of containers at a port in South Korea's southeastern city of Busan (Yonhap)
South Korea’s exports of information and communication technology products in August surpassed $20 billion for the first time in 34 months, on robust sales of semiconductor products, government data showed Tuesday.

According to the Ministry of Science and ICT, the country’s outbound shipments of ICT products last month reached $20.27 billion, up 33.2 percent on-year. It was the best results ever recorded for the month of August, and second-best for any month.

With that, the ICT exports tally extended its gaining streak, which began in June last year, to a 15th consecutive month.

Of the $20.27 billion in total, a whopping $11.79 billion were from chips and chip-related products.

The outbound shipment of such products posted a 42.2 percent jump on-year.

By product type, memory chips such as DRAM and NAND increased 51.2 percent on-year to $7.67 billion in August, while nonmemory products posted record-high exports of $3.56 billion.

Smartphone exports rose 67.7 percent on-year to reach $1.18 billion. Outbound shipments to the US and Europe soared 99.3 percent to $390 million, while those to China climbed 55.4 percent to $790 million.

By destination, shipments to China went up 36.3 percent on-year to $9.67 billion, growing for the 12th month in a row.

Meanwhile, imports of ICT products in August reached $11.38 billion, up 23.7 percent on-year, resulting in a trade surplus of $8.89 billion.