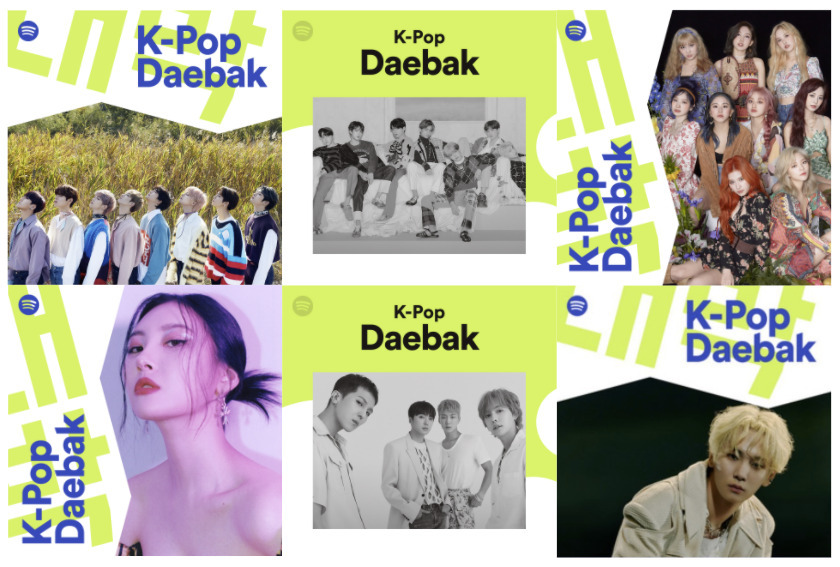 Celebrating the 7th anniversary of its launch, the company released a host of data on K-pop Daebak.

The playlist has reached more than 3.1 million followers, introducing fans and new listeners across the globe to the latest hits in the genre and grew into one of Spotify’s most important flagship playlists.

The playlist was streamed for nearly 5.3 billion minutes over the past seven years until Aug. 12, a duration that is equivalent to 10,000 years.

According to the company, K-pop Daebak was mostly enjoyed by those between ages 18-24, with Generation Z accounting for over half of the streams.

The United States was the playlist’s most-listened country followed by Indonesia, the Philippines, Malaysia and Taiwan.

The streaming giant offers additional playlists for the genre that includes “RADAR Korea,” “Fresh Finds Korea,” “In the K-Indie,” “K-Hip Hop +92” and more.

Spotify launched in Korea in February.