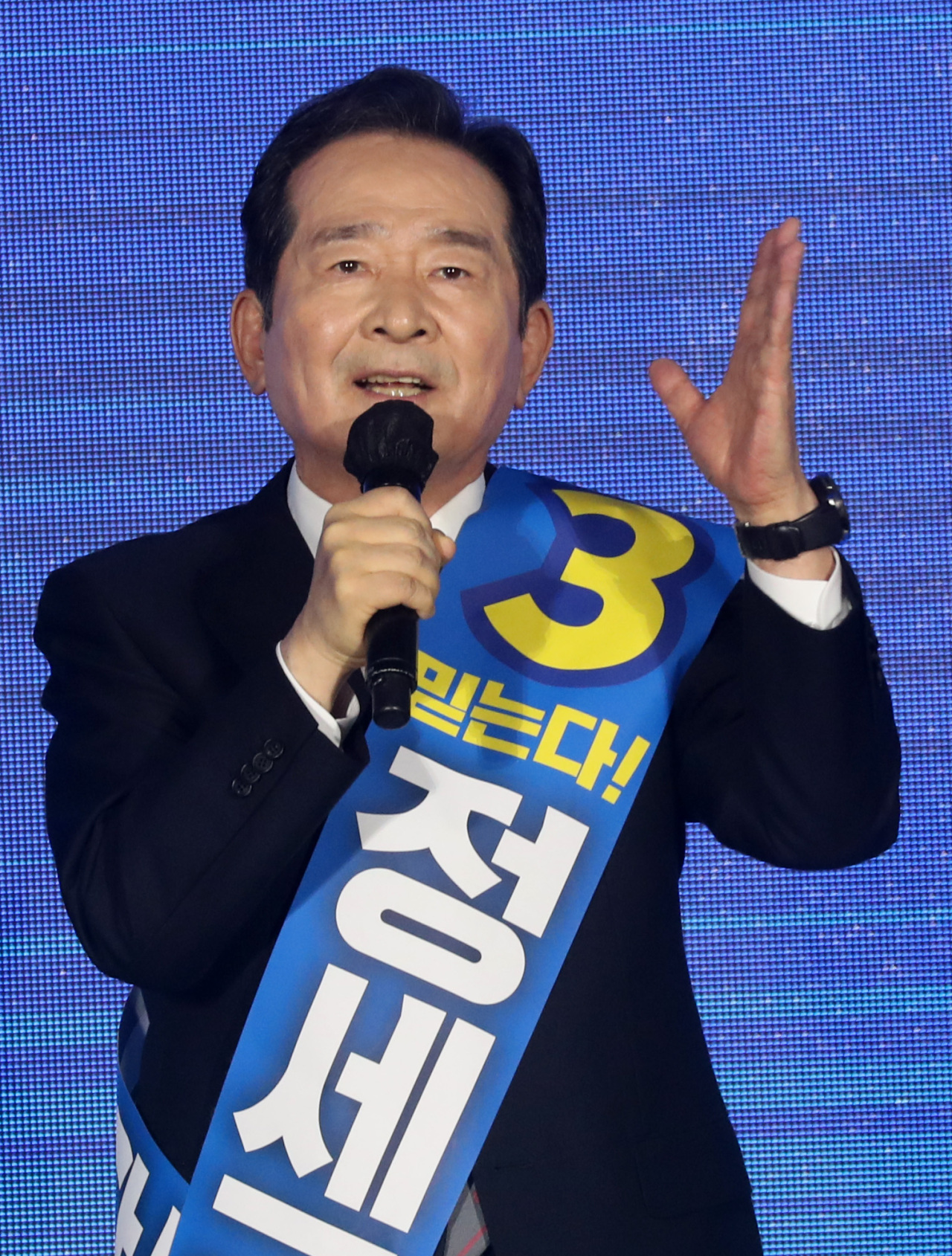 (Yonhap)
Chung Sye-kyun, former prime minister and presidential hopeful, on Monday decided to drop out of the ruling party's presidential primary race, according to his campaign team representatives.

The former business executive-turned-politician decided to end his primary race after holding a meeting with his campaign team and plans to hold a press conference to announce his decision at the National Assembly later in the day.

Chung, a former six-term lawmaker, stepped down as prime minister in April after serving a 15-month stint, mainly preoccupied with the fight against the COVID-19 pandemic. (Yonhap)