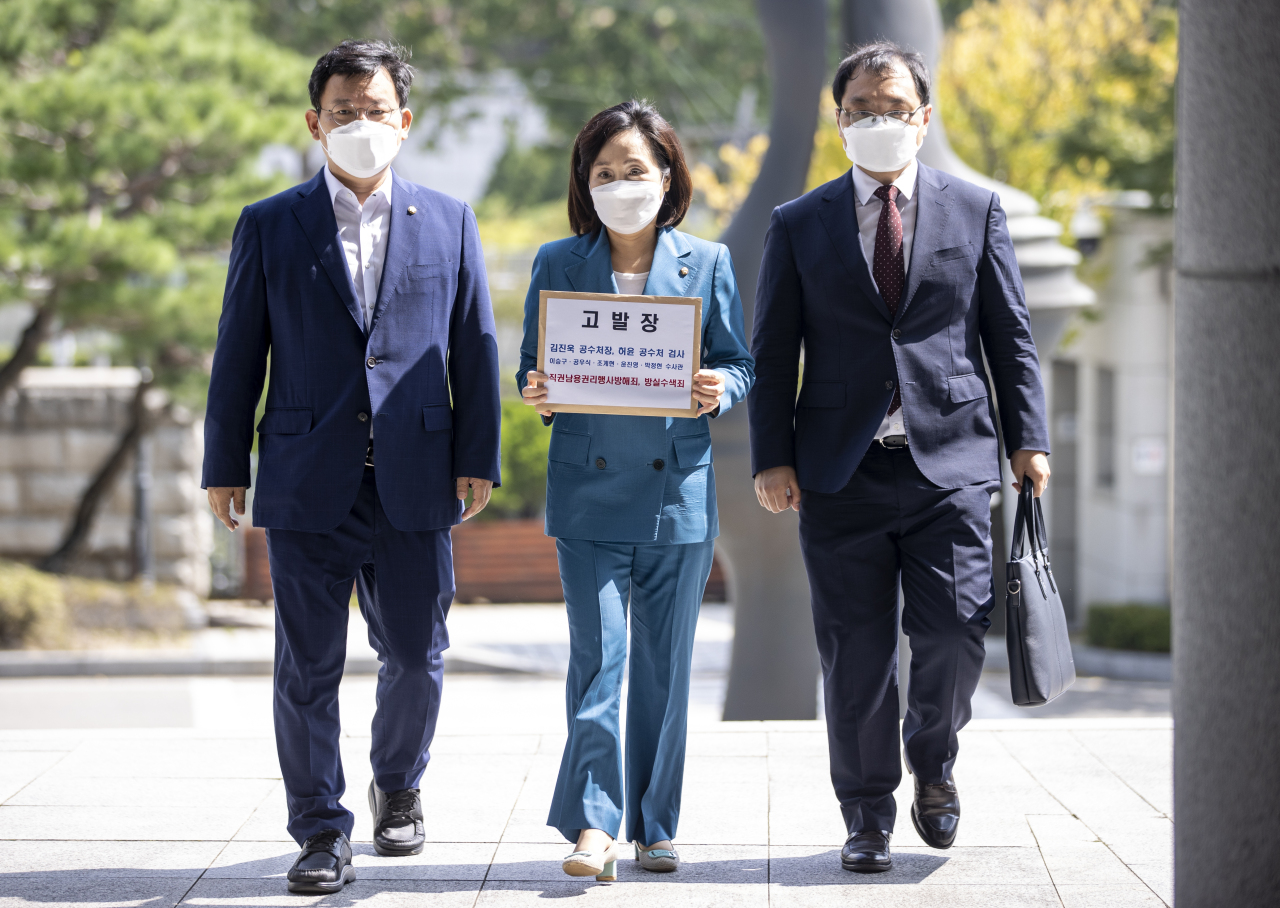 The complaint accuses Kim Jin-wook, chief of the Corruption Investigation Office for High-ranking Officials (CIO), and five investigators of abuse of power and an illegal raid on the office of PPP Rep. Kim Woong on Friday.

Rep. Jun Joo-hyae, a PPP spokeswoman, delivered the complaint to the Supreme Prosecutors Office, along with a party's legal adviser, Kwon Oh-hyeon.

The scandal centers on allegations that the state prosecution service asked the PPP to file criminal complaints against several ruling party figures ahead of the April 2020 parliamentary elections, when Yoon Seok-youl was the prosecutor general.

Yoon has since stepped down as prosecutor general and become a leading opposition contender in the March 2022 presidential race.

Kim, a prosecutor-turned-opposition lawmaker, is suspected of receiving the complaint letters against the ruling party figures from the then prosecution.

The PPP claimed in its complaint against the CIO that Friday's raid on Kim's office did not follow due procedures as Kim is currently a reference, not a suspect, in the investigative body's probe into the scandal.

It also said investigators did not properly present a warrant to conduct the raid when they arrived at Kim's office in his absence and that they tried to seize some of his aides' personal documents, which did not fall under the scope of the raid. (Yonhap)