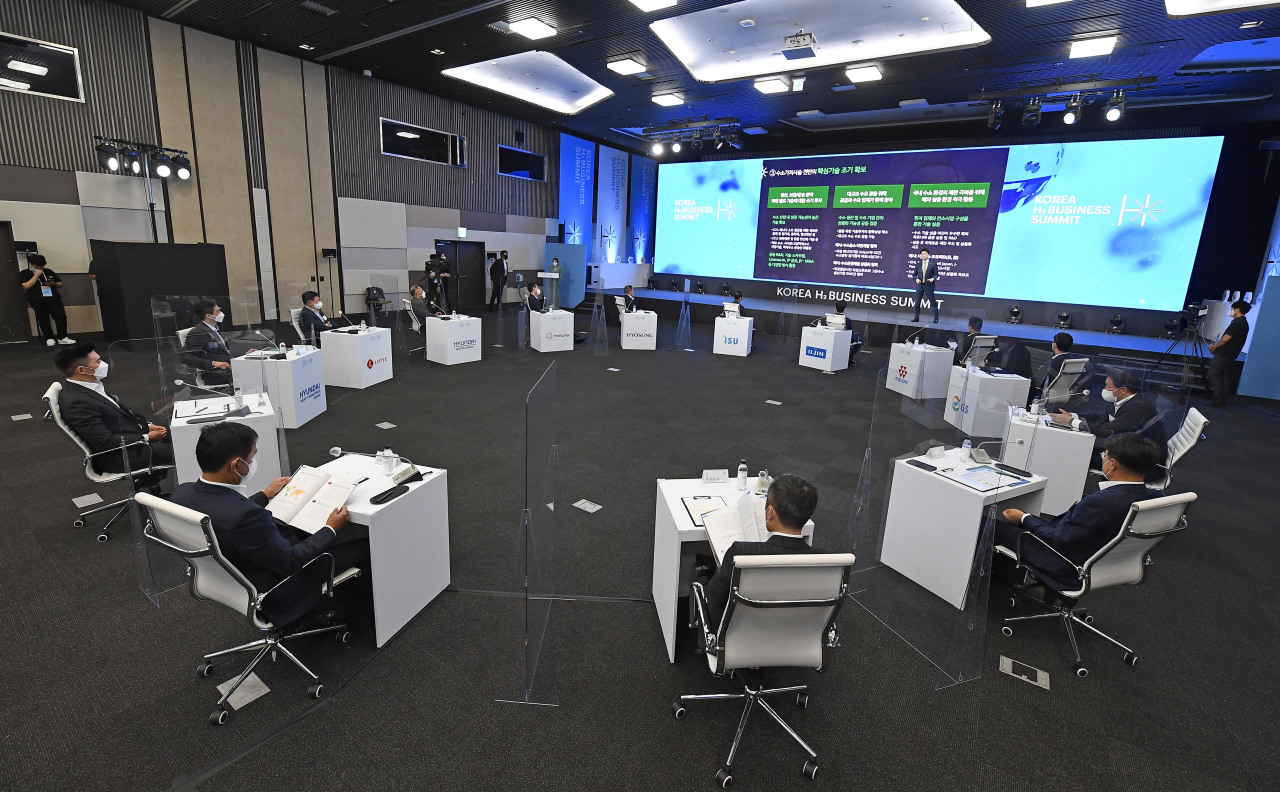 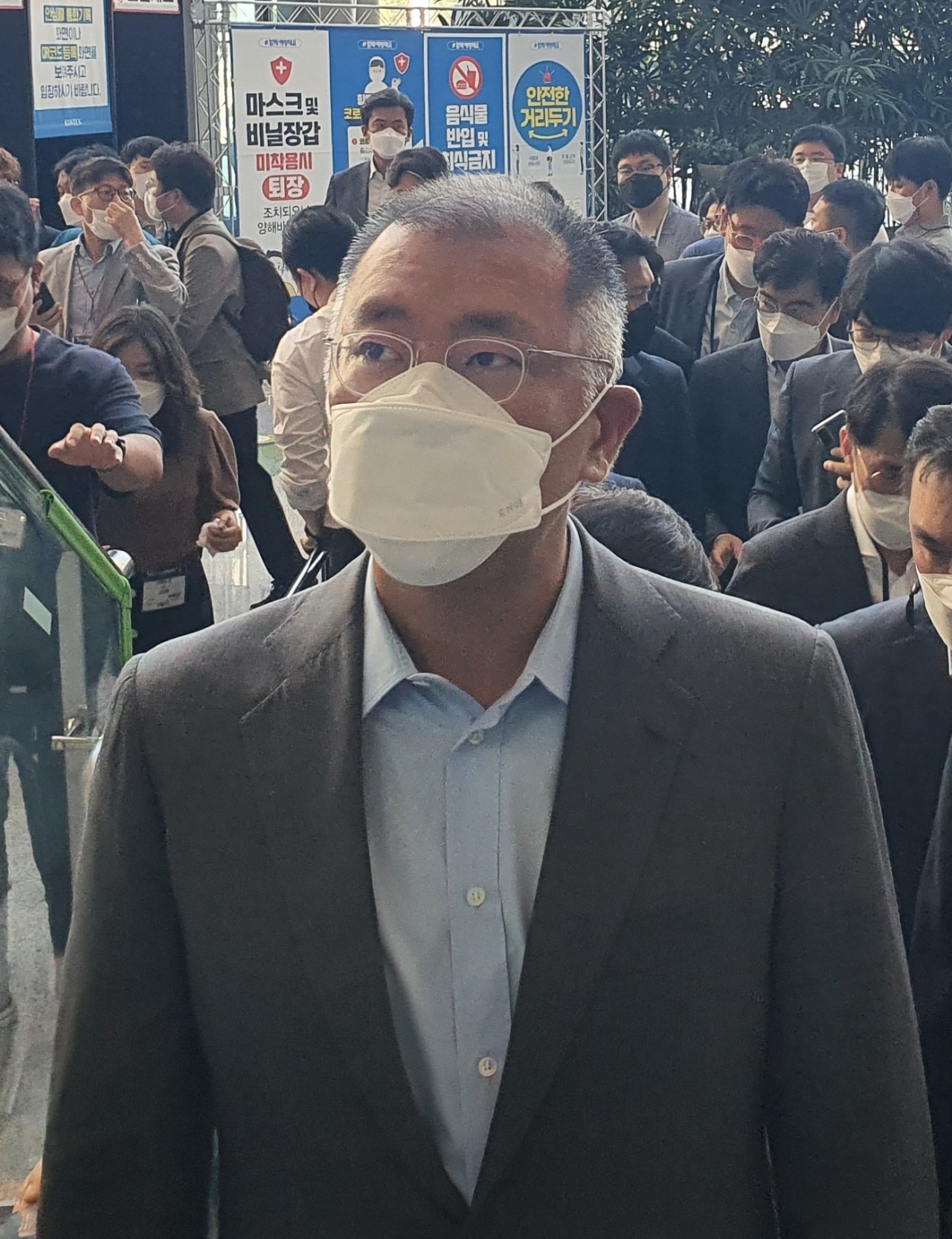 “Compared to Europe and Japan, South Korea is behind in the balanced growth of the hydrogen ecosystem. I hope the Korea H2 Business Summit becomes a platform that combines the strengths of each of the members and contributes to the development of the hydrogen economy,” Hyundai Motor Group chief said during the meeting.

SK Group Chairman Chey called for action, suggesting that a “hydrogen fund” must be created as part of the council’s first move.

“Vitalizing a hydrogen economy requires massive investments, which is why I suggest creating a hydrogen fund. If there are promising hydrogen companies, council members can offer business opportunities while financial firms can provide them with necessary funds,” Chey said. 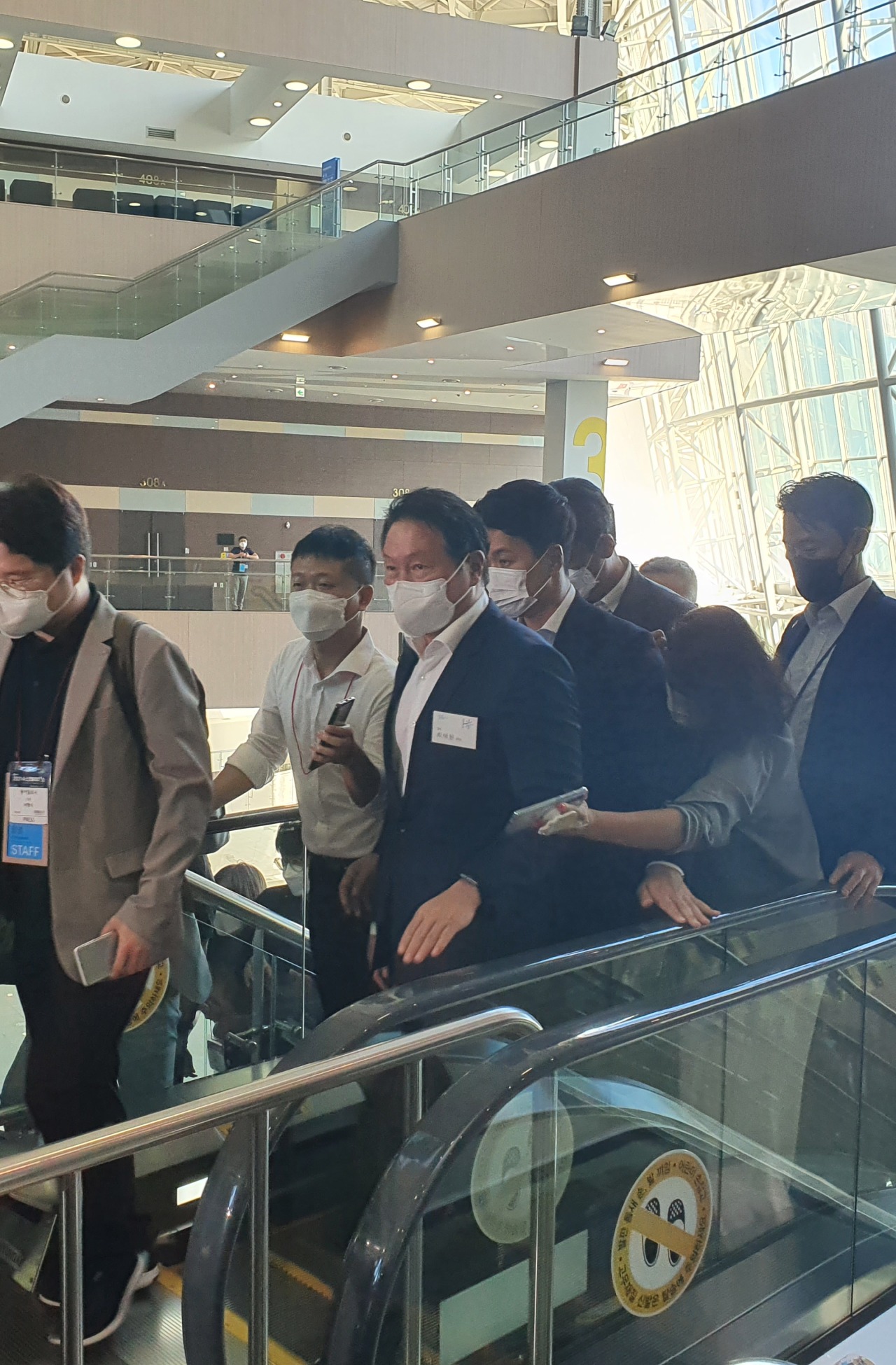 After their meeting, the leaders took a tour of the H2 Mobility+Energy Show, a hydrogen expo held at the same venue. The business summit’s launch ceremony was held on the sidelines of the fair.

Utilizing its petrochemicals plants and vast network of gas stations, SK Group plans to invest 18.5 trillion won ($15.8 billion) in the next five years and rise as the world’s leading hydrogen player.

Automaker Hyundai Motor also showcased its cutting-edge hydrogen technologies to the tycoons and other spectators, which it unveiled at the firm’s first global hydrogen event held online a day prior.

Hyundai Motor aims to manufacture 500,000 hydrogen vehicles and 700,000 units of the hydrogen fuel cell system every year starting from 2030. To this end, the carmaker plans to pour 11.1 trillion won into hydrogen charging stations and research and development.

Posco Group Chairman Choi Jeong-woo pledged to commercialize a hydrogen-based steelmaking technology, as the steel giant is one of the greatest emitters of carbon in the country.

At the booth, Posco officials explained that the firm would develop the hydrogen-based steelmaking technology and complete a pilot test within 10 to 20 years. The firm’s ultimate goal is to gradually transition its facilities and commercialize the technology by 2050.

During the event, other conglomerates also introduced their latest efforts to take initiative in the burgeoning hydrogen market.

Lotte Group aims to invest 4.4 trillion won by 2030 to produce 600,000 tons of clean hydrogen and generate sales worth 3 trillion won in the hydrogen business. 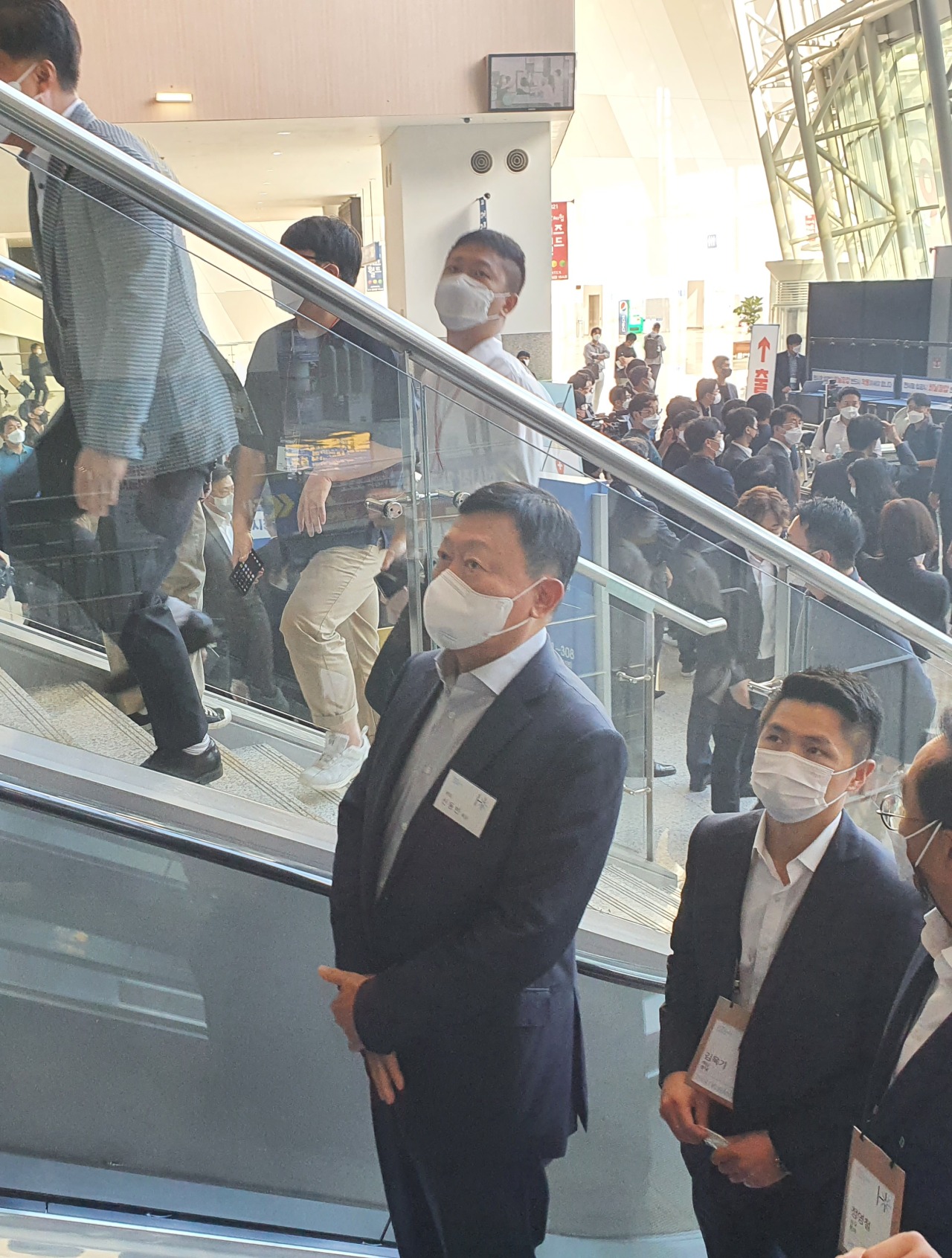 Hanwha Group, based on its strength in solar technology, aims to invest 1.3 trillion won for green hydrogen. Hanwha Solutions is developing ways to generate hydrogen without any carbon emissions using clean electricity generated by renewables, while Hanwha Impact is conducting a feasibility test to burn liquefied natural gas together with hydrogen when generating electricity to cut emissions.

The five conglomerates -- Hyundai Motor, SK, Posco, Hanwha and Hyosung – will make combined investments of roughly 43 trillion won into the hydrogen economy by 2030.