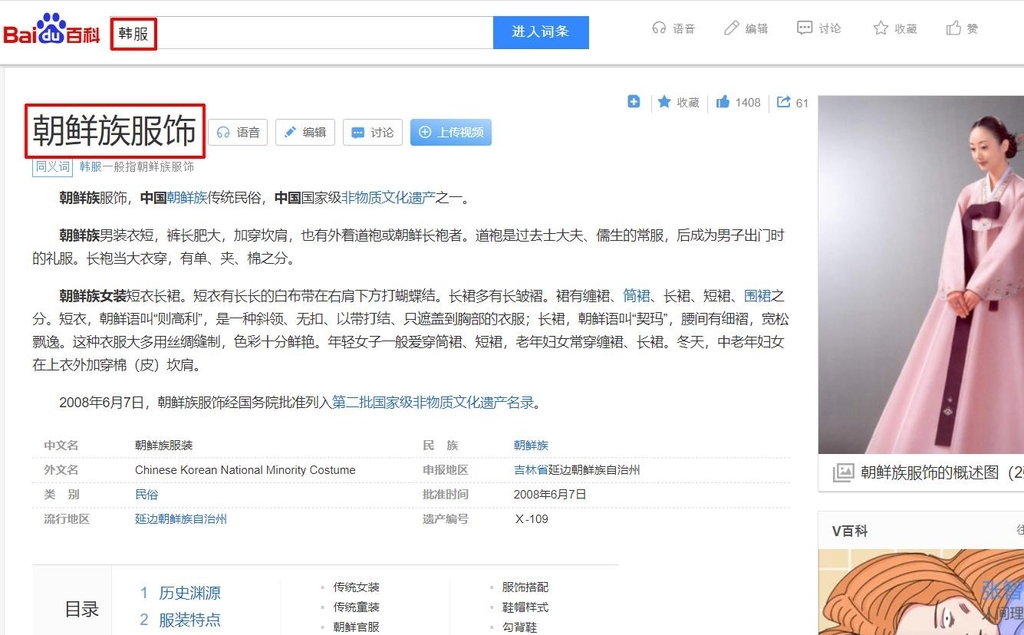 Seo Kyoung-duk, a professor at Sungshin Women’s University, strongly criticized Baidu’s encyclopedia portal, demanding a correction to the entry on hanbok, via email Tuesday, according to Seo.

Baidu states that hanbok originates from “hanfu,” and that the costume represents “traditional clothing of ethnic minority Koreans (living in China),” and therefore is one of China’s “national intangible assets.”

Hanfu is a traditional Chinese garment worn in feudal kingdoms ruled over by the most populous ethnic group in China, the Han.

A global online petition titled, “Chinese government and Baidu should stop distorting Hanbok,” has garnered some 5,760 votes as of Tuesday morning. Hundreds of netizens posted comments showing resentment and outrage, some comparing Baidu and China to the act of committing “cultural imperialism.”

Seo added in a statement that it is more important to reasonably point out the wrong claims and fix them, rather than simply accusing China of historical distortions.

Baidu continues to claim that kimchi and samgyetang also have Chinese origins, and has labeled some Korean independence activists including poet Yun Dong-ju, as “ethnically chaoxianzu,” a term used for Korean ethnic minorities in China with Chinese nationality.