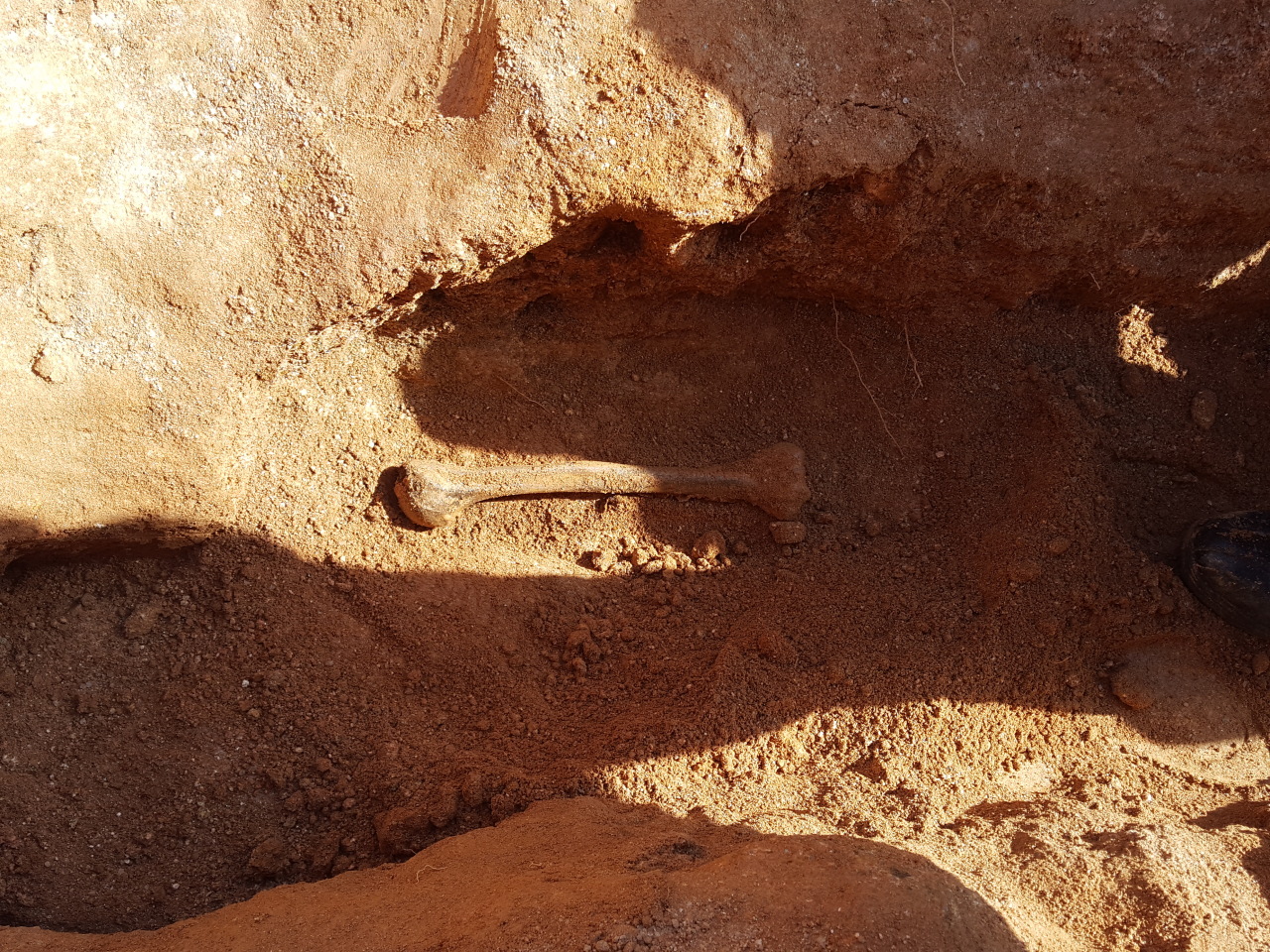 The photo shows a bone found at the site in Wanju where the remains of three Korean Catholic martyrs were recovered in March. (Diocese of Jeonju)
The Roman Catholic Diocese of Jeonju announced surprising news on Wednesday about the remains of three Korean martyrs that were recovered in Wanju, a county in North Jeolla Province, two centuries after their deaths.

The remains were identified as those of Paul Yun Ji-chung and James Kwon Sang-yeon, who were beheaded for their faith in 1791, and Yun’s younger brother Francis Yun Ji-heon, who was quartered in 1801, according to the diocese. All three were beatified by Pope Francis in 2014.

Among the remains, a small bowl was found. Paul Yun Ji-chung’s name was written on it in Hanja, or Chinese characters, along with his baptismal name, the date of his death and information about Kwon’s tomb.

Paul Yun Ji-chung first learned about Catholicism from his cousin Jeong Yak-yong (1762-1836), one of the leading scholars from the late Joseon era. Yun converted to Catholicism and was baptized in 1787 by Peter Lee Seung-hoon, the first Korean Catholic convert.

According to documents written by St. Andrew Kim Dae-geon, Paul Yun Ji-chung and Kwon were among the first Catholic martyrs of Joseon. 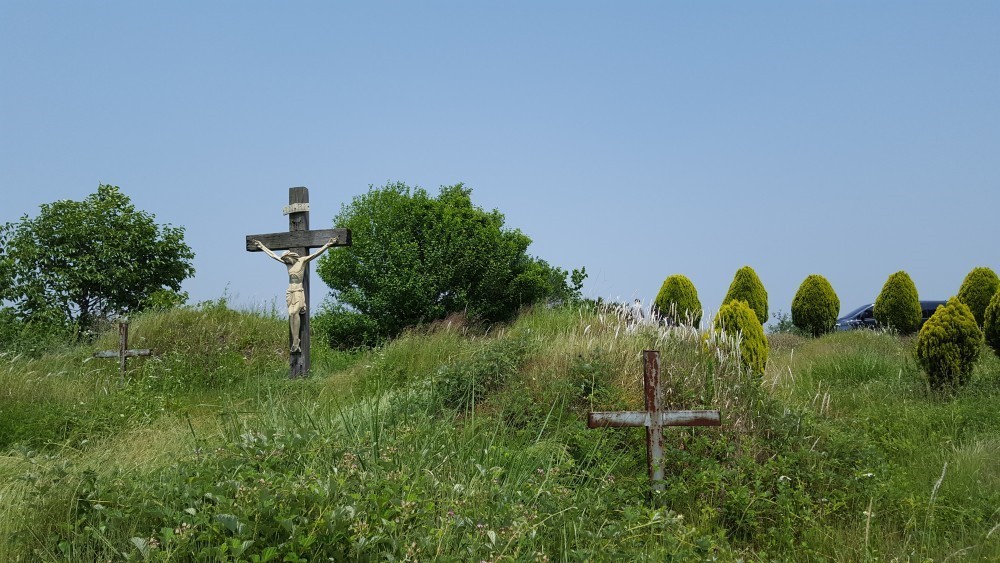 The Chonami Shrine area, where the remains of three Korean Catholic martyrs were excavated (Diocese of Jeonju)
The discovery is considered especially important as they were among the first Korean Catholics killed by Korean rulers who believed that the spread of Catholicism could threaten the country’s Confucian monarchy.

The Rev. Frederick Kim Sung-bong of the Jeonju Diocese, who was responsible for overseeing projects at the Chonami Shrine area where the remains were excavated, said the discovery happened by chance. He was the first to hear the news from excavation experts in March.

“Some people asked me if I felt happy when I heard it, but I was actually confused at the time,” Kim told The Korea Herald on Thursday. “There were no records that said that the martyrs could be buried there. Also, there were no experts who said that there was a possibility that they could have been buried there either. If I had been looking for the remains then I would have been happy that we finally found them, but I really wasn’t.”

When he visited the site in 2018, it was not set up as a shrine, Kim said. There were only burial mounds and a wooden cross at that time, he said.

“It was known as a shrine but was not developed properly for pilgrims to visit for pilgrimage,” he said. “It did not have proper signs that explain the symbolic significance of the place. So I started having an interest in developing the area.”

He added that at the time it was commonly believed that the burial mounds existed only for symbolic reasons and no one was buried there.

In the process of researching the site, Kim said he found more reasons to develop it.

“I found out that the site was state land. The cross was standing there, but it was not done legally. I thought that there was a need to go through the legal process to secure the shrine. I looked for a way for the Diocese of Jeonju to purchase the land,” he said.

Since the purchase of state land is complicated and time consuming, the Korea Asset Management Corp. recommended leasing the land and developing the site later, the priest said.

“They told us that in order to purchase the state-owned land, we had to make sure that there was no one claiming that the tombs belonged to their ancestors,” Kim said. “We had to first put up a sign for three months in search of living descendants of those to whom the burial mounds belonged. After that, we had to open the mounds to confirm that there was nothing.”

The sign was put up in October last year and the remains were discovered March 11.

“Bishop John Kim Son-tae, head of the Jeonju Diocese, was very happy when I told him the news. But he wanted to take things slowly and make sure that they were indeed the remains of the early Korean martyrs before announcing the news to the world,” he added.

During the last six months, the authorities had to verify the authenticity of the remains and relics that were found at the site and also carry out DNA testing. Kim said more details about the historical research and DNA test results will be announced Sept. 24 through a press conference and a catalog that will be released.

He also added that the Diocese of Jeonju is very close to purchasing the land where the remains were found.

“We are still in the process, but we have almost reached the end,” he said.

An enshrinement ceremony to honor the three martyrs will be held Sept. 16, near the site where their remains were found.

“After the ceremony, they will be enshrined within Chonami Shrine and we will establish the necessary facilities so that pilgrims can visit,” Kim added.