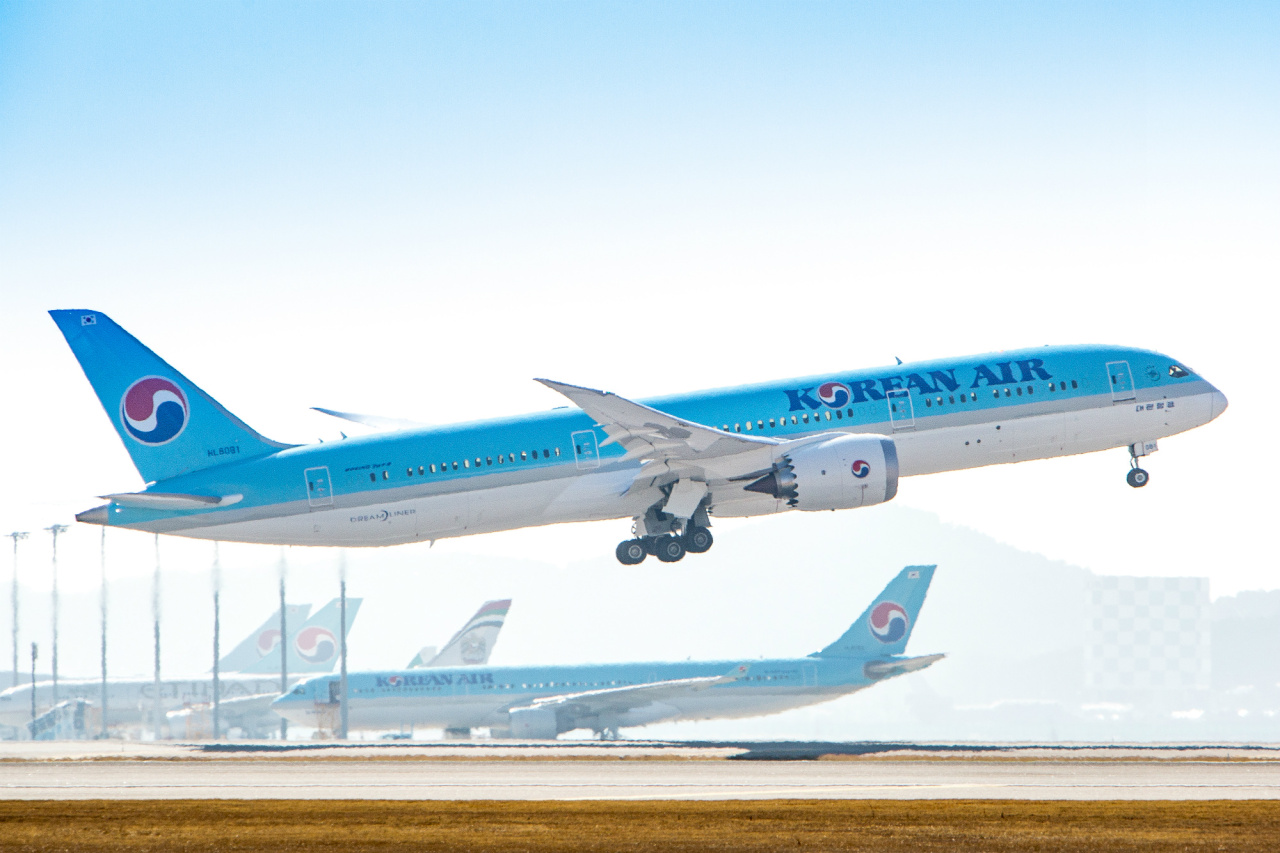 Under the partnership, the airline will purchase a month’s worth of carbon-neutral jet fuel for domestic flights departing from Jeju and Cheongju.

Carbon-neutral jet fuel can be achieved when enough carbon credits are purchased to offset the total carbon footprint produced through fuel production, transport and consumption.

Korean Air is seeking to reduce carbon emissions and achieve carbon-neutral growth, as greenhouse gases generated from aircraft operations account for between 2 percent and 3 percent of the total global footprint.

The airline also said it was actively participating in the International Civil Aviation Organization’s Carbon Offsetting and Reduction Scheme for International Aviation.

As part of the effort, it is introducing “eco-friendly” and “high-efficiency” aircraft. These include the recently introduced A220-300, which is equipped with the latest engine and reduces carbon emissions per capita by 25 percent compared with previous models of similar capacity, the airline said.

The partnership with SK Energy is the latest in a series of environmental, social and corporate governance efforts by the airline in recent years.

In 2017, Korean Air became the first airline in the country to use sustainable aviation fuel in a trial on a flight departing for Incheon from Chicago. In June this year, the airline also partnered with Hyundai Oilbank to build a foundation for biofuel manufacturing and use.

Following the creation of an environmental, social and corporate governance committee last year, which reviews its management strategies with a focus on ESG, the airline also issued ESG bonds in July to raise funds to purchase eco-friendly Boeing 787-10 aircraft.