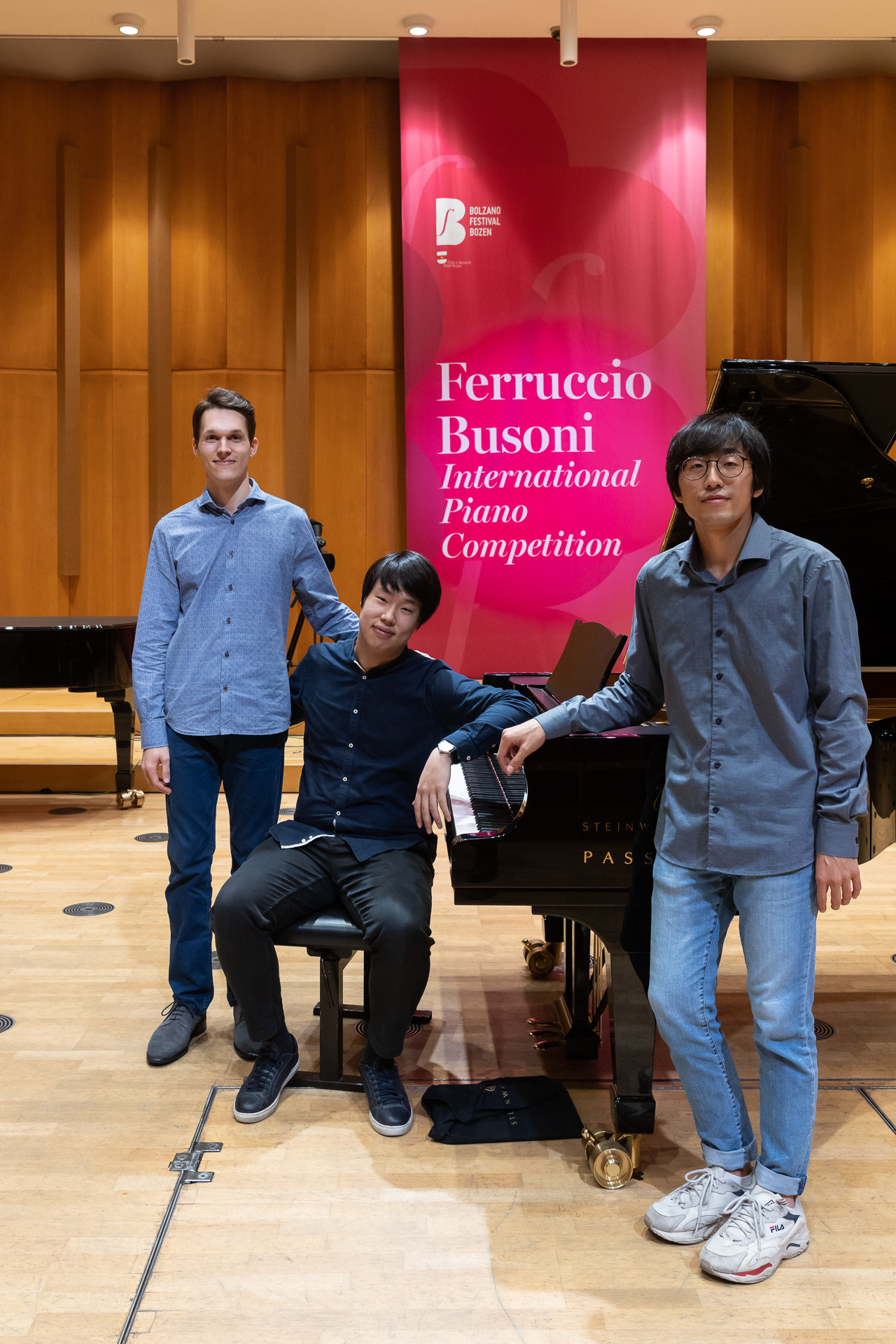 For this year’s hybrid competition held in Bolzano, Italy, a total of 506 pianists went through online screening. Thirty-three semifinalists were selected, including 10 Korean performers.

As the top prize winner, Park will hold performances with the Haydn Orchestra. He will also perform with the Schumann Quartet in February 2023, having won the chamber music award.

Park made his debut through the Kumho Progidy Concert in 2014. He currently studies at the Korea National University of Arts under pianist Kim Dae-jin.

Kim, who came in second, studied at The Juilliard School under pianist Sergei Babayan. He is currently studying at the Cleveland Institute of Music for a Professional Studies Diploma. He had his first solo recital in Korea in February at the Kumho Art Hall. He also won the special prize for the best performance of contemporary piano music at the competition.

The Ferruccio Busoni International Piano Competition was launched in 1949 to commemorate the Italian pianist and composer Ferruccio Busoni (1866-1924). Prize winners of the past competitions include Alfred Brendel, Martha Argerich and Garrick Ohlsson as well as Korean pianists such as Sohn Min-soo, Lim Dong-min, Won Jae-yeon and more.