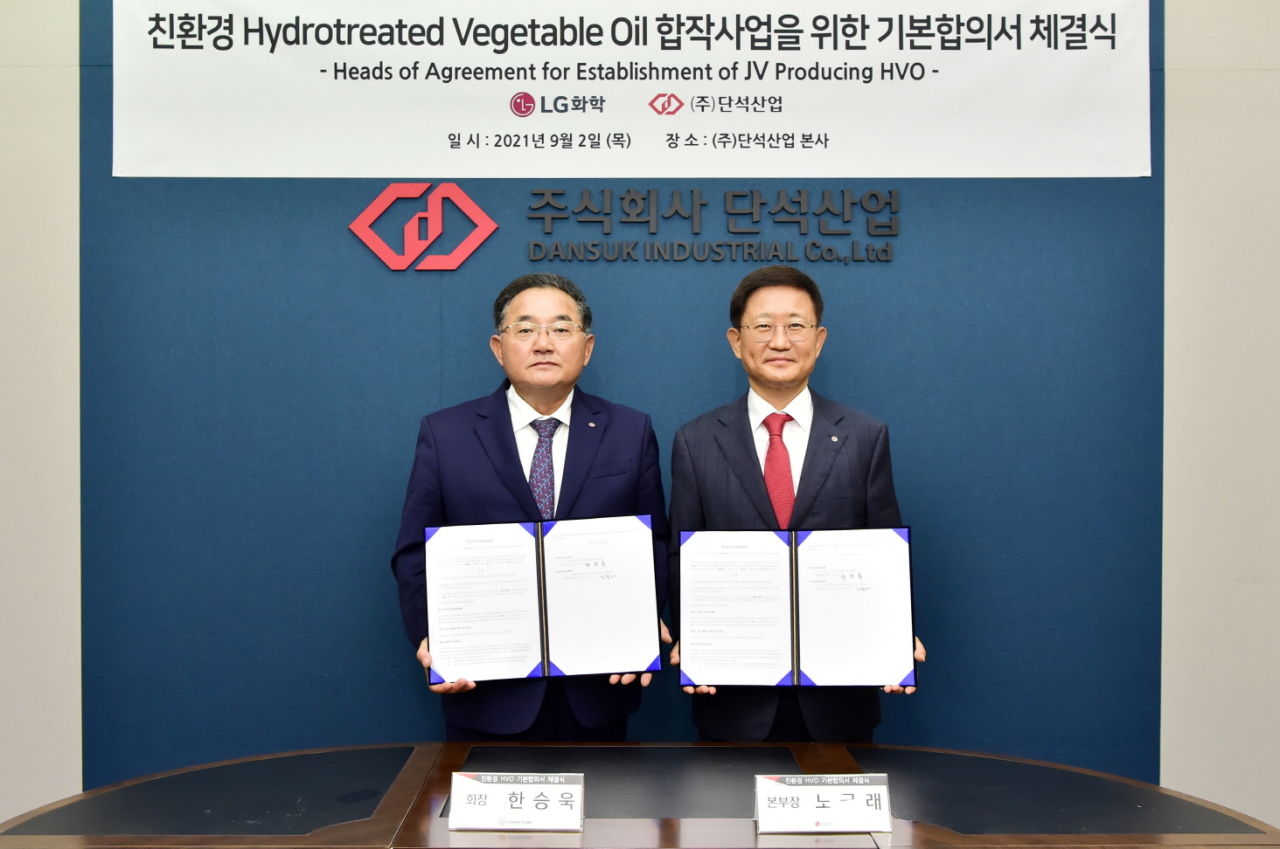 The HVO factory will be built at the Daesan petrochemicals complex in South Chungcheong Province by 2024, according to the nation’s leading chemical firm. LG Chem will first form a joint venture with Dansuk Industrial, a local chemicals company, to build the factory together.

HVO is a diesel substitute made from vegetable oil or waste cooking oil and treated with hydrogen. The next-generation fuel doesn’t freeze at low temperatures, making it suitable for cars and airplanes.

LG Chem estimates global HVO demand to surge from 6 million metric tons in 2020 to 30 million tons in 2025 with an annual growth of over 40 percent, as the use of eco-friendly fuel is becoming mandatory in the transportation sector.

The partnership will allow LG Chem to secure a stable supply of HVO and manufacture industrial plastics with it, the company said.