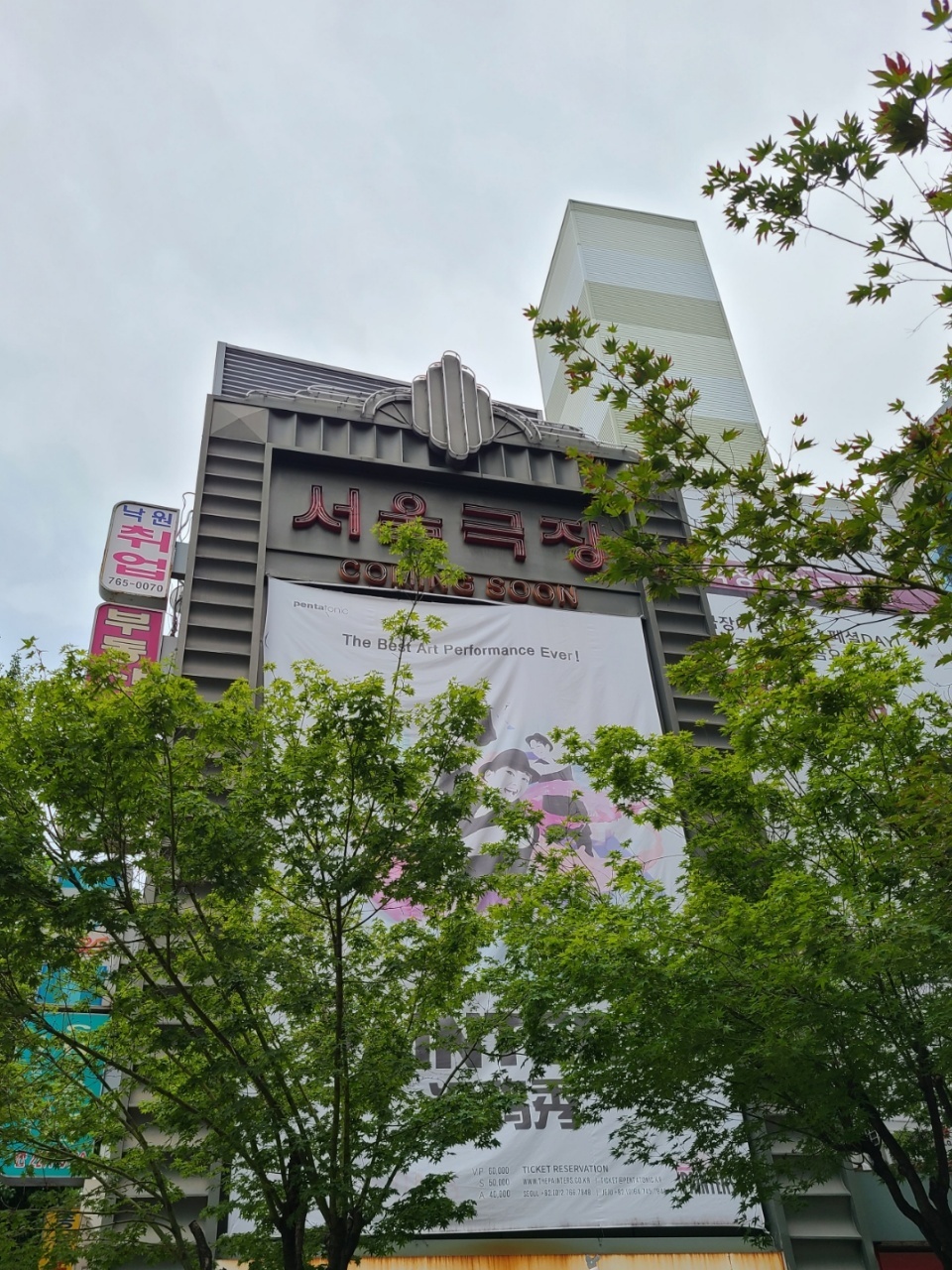 Even after weathering decades of hardships, the weight of the severe financial difficulties brought about by the COVID-19 pandemic last year was too much to bear for the cinema.

Despite the gloomy weather and oncoming downpour, it did not stop movie lovers from gathering in front of the Seoul Cinema building to take pictures of the theater’s sign at 9:30 a.m.

“To be honest, I haven’t visited here for a long time. I used to come here when I was much younger. I heard that it was its last day and decided to come,” said a woman in her late 50s who gave her surname as Lee. Lee said she picked out her favorite pink dress and hair clip for the occasion and took selfies of her and the building.

Another visitor said the theater was also a big part of his life.

“In my memory, people lined up to buy tickets at this cinema. My friends often got me the queue ticket to buy the movie ticket for me because I was always late. This was when I was in university,” said the man, 59, who wanted to be identified by his surname Kim.

The Seoul Cinema was not a nostalgic place for older generations only.

“The Seoul Cinema used to screen movies that other multiplex theaters do not usually screen. It is too bad that the theater is closing down,” Cha said. After buying his ticket for the movie “A River Runs Through It” directed by Robert Redford, he took a photo of the ticket in front of the theater building.

A couple in their late 20s who declined to give their names also visited the theater together on the last day.

“We found out about this theater a few years ago when ‘Avengers: Endgame’ was released. At the time tickets for the movie were sold out at most of the multiplexes like CGV but there were some tickets in the Seoul Cinema. We are sad that it is now closing down,” the couple said. “After COVID-19 broke out we also came here once, because there were not many audiences.”

Inside the theater building, an attendant stood at the front desk telling people that free tickets were all given out while reminding people to scan their QR codes before going in. 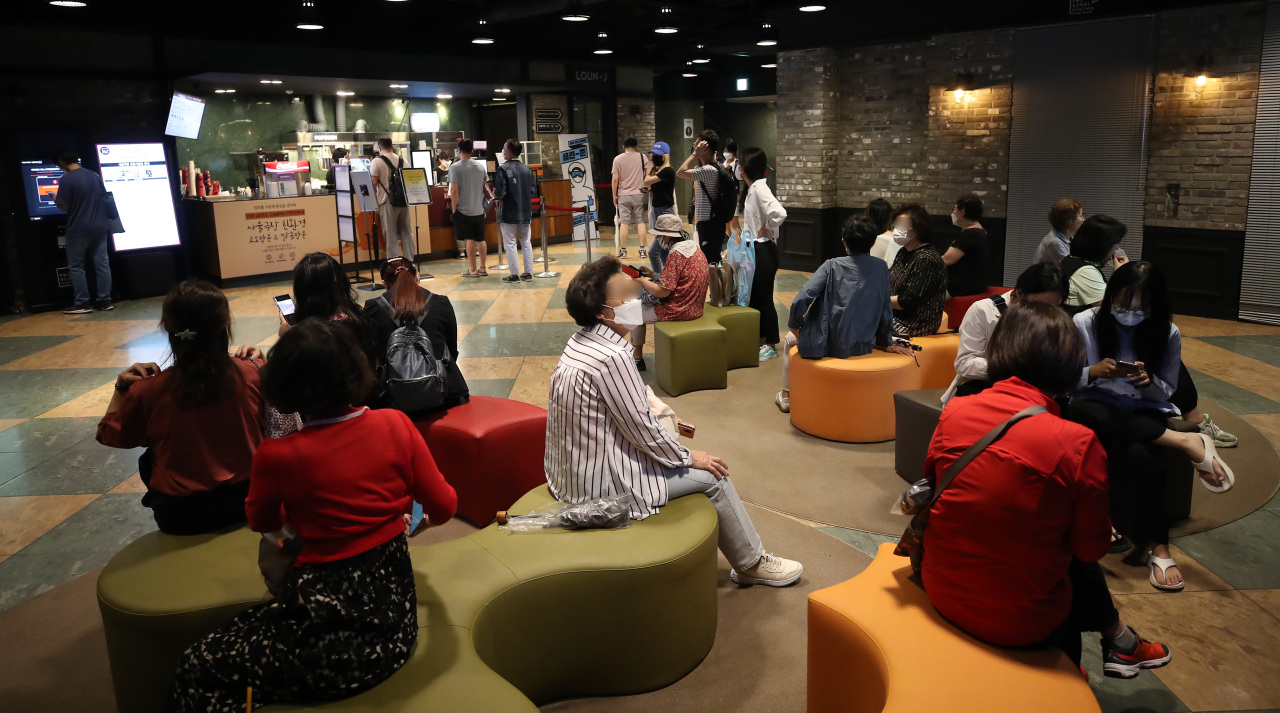 Moviegoers wait to enter theater auditoriums at The Seoul Cinema in Jongno-gu, central Seoul, on the last day of its operation on Tuesday. (Yonhap)
Kim Dong-ho, the founder and former chairman of the Busan International Film Festival, also visited the theater on Tuesday to watch “The Green Knight” directed by David Lowery.

“It is unfortunate that the Seoul Cinema, which has a tradition of 42 years, is closing its doors today. I feel somewhat miserable,” Kim told The Korea Herald before entering the theater to watch the movie.

“For the past 42 years, the theater has been beloved by people and has been a cultural space for many, along with Danseongsa and Piccadilly theaters. It’s a pity that the place that contributed so much to the development of the Korean film industry through the 1990s has to shut down.”

Established in 1907, Danseongsa was the first cinema to be built in Korea. Piccadilly followed in 1958. Both theaters were located in Jongno-gu along with the Seoul Cinema, forming a cradle of the Korean film scene in Seoul. However, Danseongsa closed in 2006, and Piccadilly became a CGV multiplex theater.

The operator of the cinema said it is preparing to make changes, but did not specify how the facility will be used in the future.

Meanwhile, other facilities in the same building, including Indie Space and Seoul Art Cinema, is operating as usual.