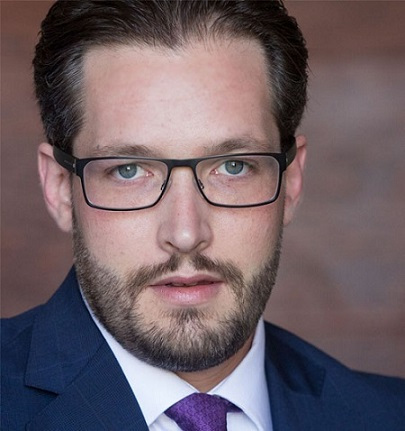 Jaime Rogozinski, founder of WallStreetBets, a trading forum on US social aggregator website Reddit (Courtesy of Jaime Rogozinski)
The way to create a fair market for all is to empower individual investors to keep bureaucratic power in check, the founder of WallStreetBets, a group of US retail investors behind the GameStop saga, told The Korea Herald in a recent interview.

“I agree with negative public sentiment in South Korea toward some foreign institutions meddling in the local stock markets, and the solution is to further empower individuals who can collectively act as a check on said powers,” Rogozinski said.

“WallStreetBets is an idea that represents democracy and empowerment of individuals throughout the world. I‘d be honored to help (Korean retail investors’ anti-short selling movement) in any way that I can.”

“I believe that rather than waiting for a top-down bureaucratic solution, having a grass roots bottom-up approach is more effective at making sure the markets stay fair,” he added.

His support came as a response to anti-short selling campaign launched by individual investors here, who have waged war against short sellers under a campaign called “K-streetbets,” by the Korea Stockholders Alliance, which represents some 22,000 stock investors across the nation.

WallStreetBets is a subgroup on Reddit that was launched by Rogozinski in 2012, with the purpose of sharing information on stock investments. It has been at the forefront of pumping up the price of a struggling US video game retailer GameStop‘s stock in January as the army of investors from the forum embarked on a buying spree, driving short sellers including hedge fund Melvin Capital into heavy losses.

Boosted by the GameStop saga, WallStreetBets saw a flood of new members, eventually reaching more than 10 million as of August.

The longstanding subreddit channel is known as a community geared towards higher-risk investment strategies. Its collective action to give a jab to Wall Street and hedge funds that caused a stock market disruption has been criticized by market players and financial experts in terms of consumer protection.