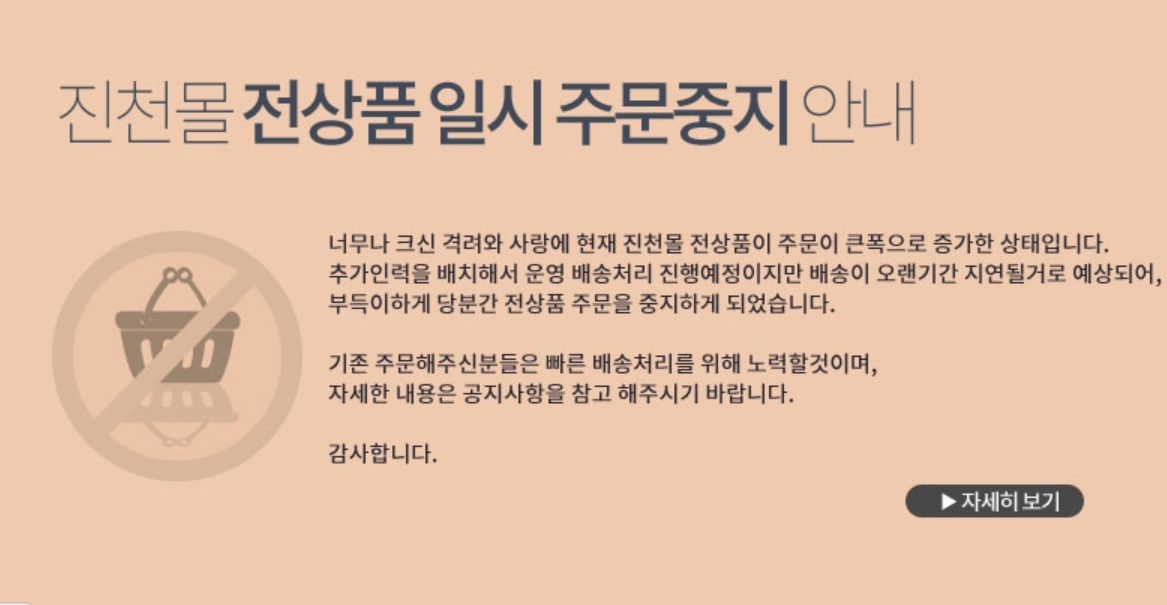 In a statement released on the website Sunday, JC Mall said its order volume had jumped “more than twentyfold” since Friday, compared with other weekends.

Its increased popularity comes after hundreds of evacuees from Afghanistan were admitted to the Leadership Campus of the National Human Resources Development Institute in the county in North Chungcheong Province, where they will stay for about two months.

In a meeting with Jincheon County Mayor Song Gi-seop last week, a group of residents representing the local community agreed to the government’s decision to house the evacuees there.

The nonprofit store, which is run by the county, sells locally sourced products, with all the proceeds going toward sellers, many of whom are farmers.

On the website’s forum, scores of comments have been posted in a show of support for the county’s decision.

“Thanks to the residents of Jincheon County for showing humanity and public servants for your work,” one post read.

In a survey conducted by Hankook Research last year at the request of the Office of the United Nations High Commissioner for Refugees, 53 percent of respondents said they were against the country taking in refugees, while 33 percent were in favor.