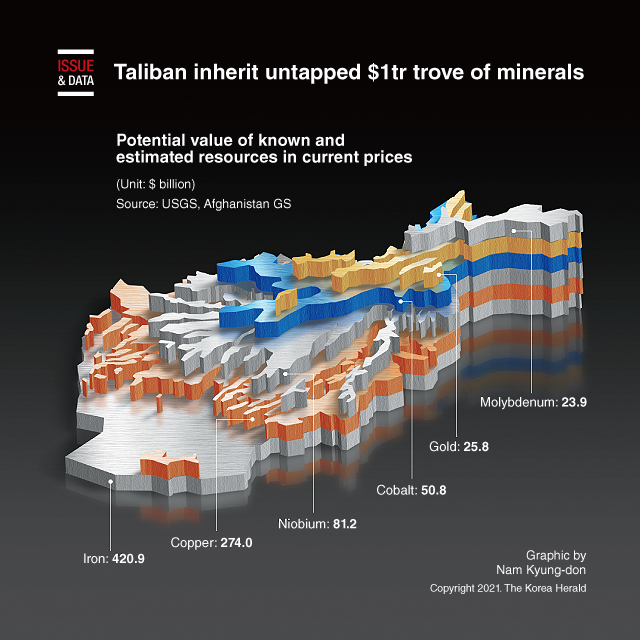 The Taliban now hold the keys to an untouched trillion-dollar trove of minerals including some that could power the world’s transition to renewable energies, but Afghanistan has long struggled to tap its vast deposits.

The Taliban are already in a financial bind since they returned to power 20 years after their ouster, as major aid donors halted their support for Afghanistan.

Endless wars and poor infrastructure have prevented the country from getting its hands on the metals that could brighten its economic fortunes.

The deposits, which include huge veins of iron, copper, gold, coal, lithium and rare earths, are enough to turn the impoverished nation into one of the world’s leading mineral centers. (AFP)