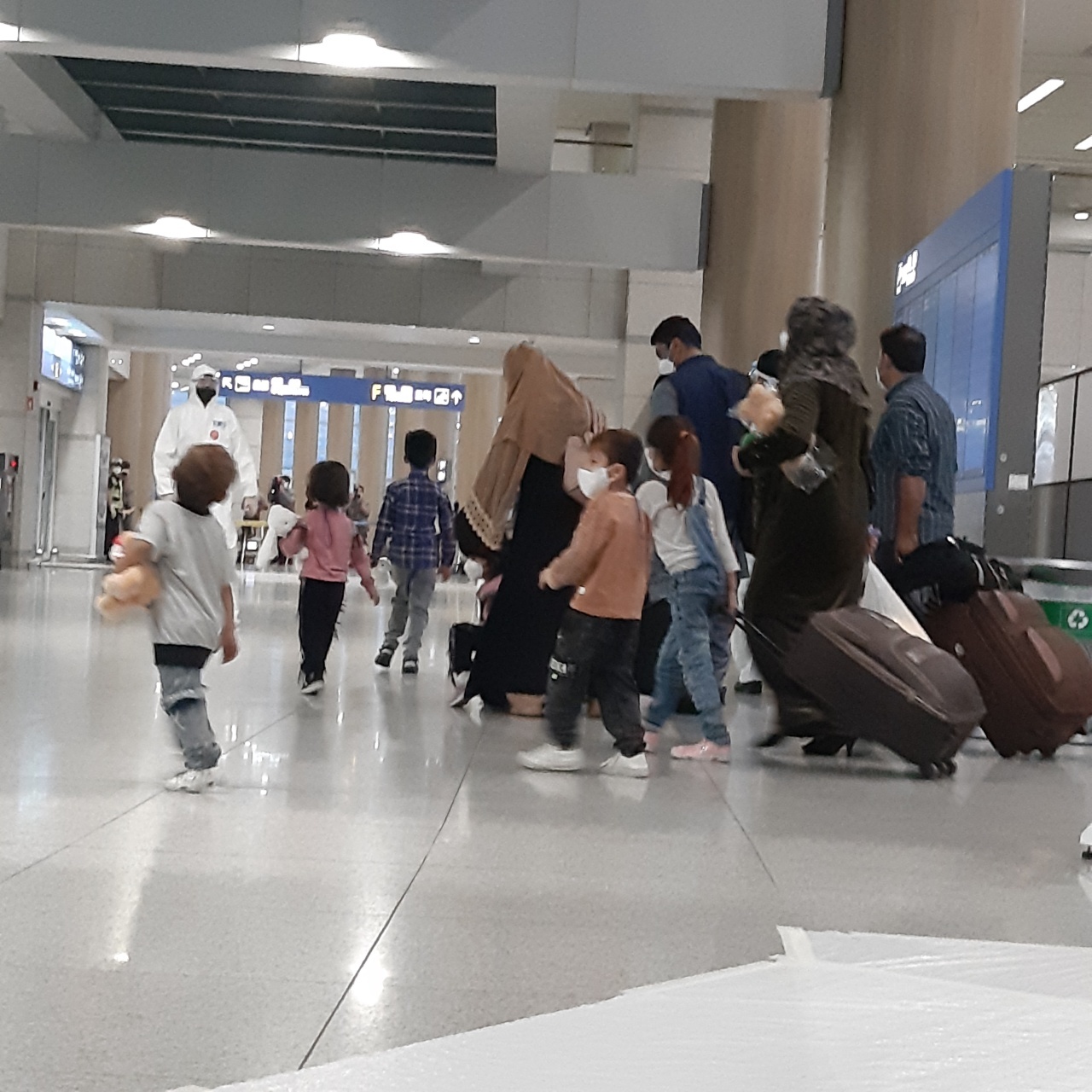 “Today, the Korean government accepts Afghans who have assisted its activities in Afghanistan, along with their family members,” Justice Minister Park Beom-kye said at a press briefing at Incheon Airport on Thursday, an hour before they arrived.

The evacuated Afghans include those who worked at the Korean Embassy, the Korea International Cooperation Agency, a hospital and vocational training institute run by the Korean government and Korean military bases, he said. More than half of all those who arrived Thursday are children.

“Some already speak a little bit of Korean. I believe they will adjust well to our country,” he said.

The ministry plans to grant residential status to the Afghan evacuees in a phased manner.

First, they will issue a short-term visit (C-3) entry visa to the people on Thursday upon their arrival. Soon after, the government plans to change their status of stay to allow long-term residence (F-1).

After their temporary living period is over, the ministry plans to issue a visa status that would permit work in Korea (F-2) so the Afghan citizens can become independent and self-reliant. However, the law needs to be revised in order to grant this visa status, and such preparations are already in place, the minister said.

If passed, the amendment would allow foreigners who have made special contributions to Korea to stay in the nation for a long time on the F-2 visa.

The F-2 visa is a residential visa issued for those who want to stay in Korea for a long time and to be granted permanent residency. If granted once, they can stay up to five years. There are no restrictions on employment activities.

Before the revision is made, they will stay at the National HRD Institute in Jincheon, North Chungcheong Province.

Park said the government would support living expenses, settlement and education for those recognized as refugees.

But he drew the line at giving them status as refugees or permanent residents.

"Our purpose is their immigration. What we are doing is to help them settle down in Korea. To apply for refugees, it is a different issue. They need to go through complex procedures."

The minister said he could not figure out whether some of them have applied for refugee status. “That is not the process we need now.”

He also declined to comment on whether any of them wanted to go to other countries, if there are more remaining Afghans who helped Korea and what criteria they had met to come to Korea.