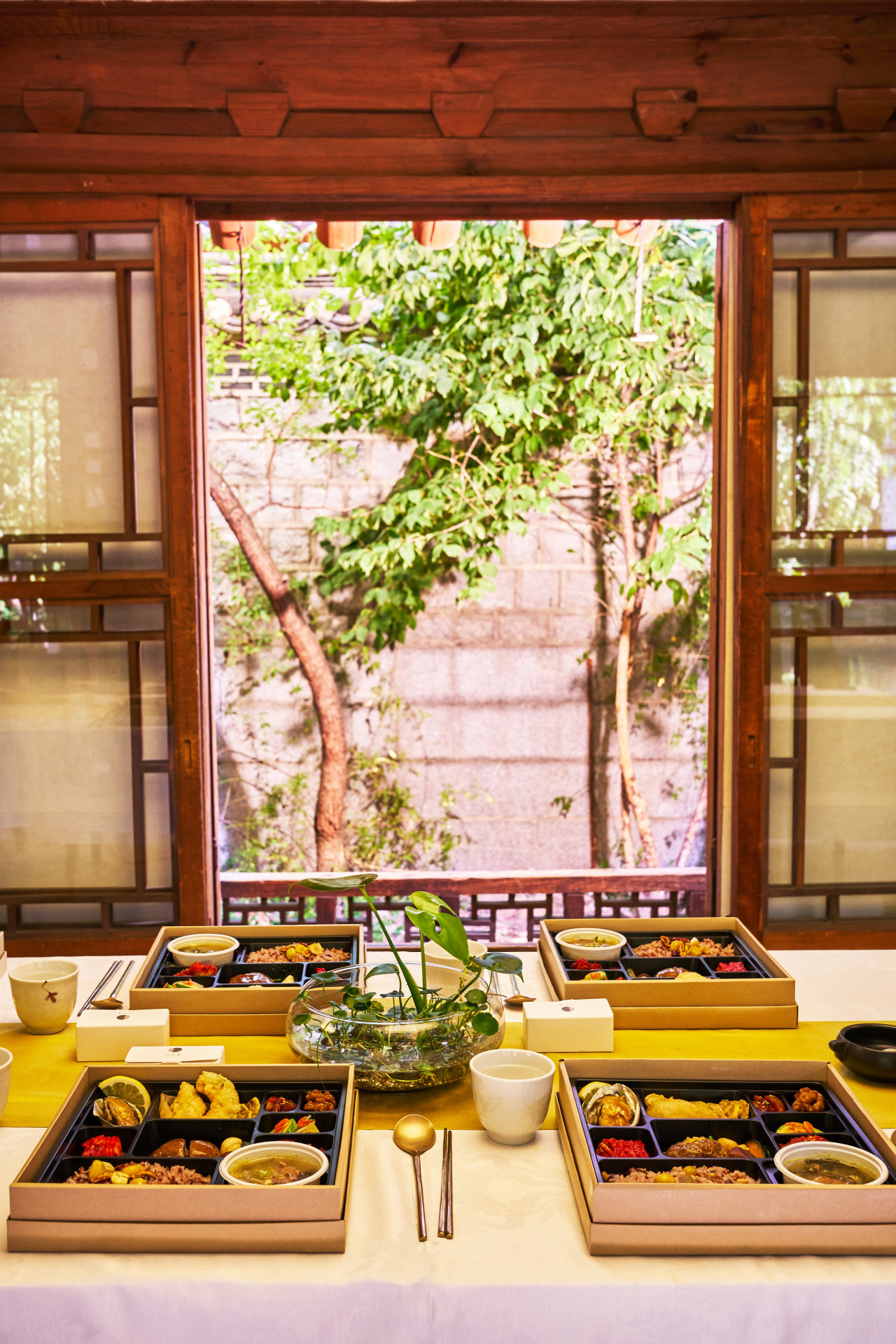 The two different dosirak sets, which are takeout-only, contain Korean royal court cuisine that are prepared by chefs at the 40-year-old Korea House.

“Korea House is a public institution that has been promoting and preserving Korean royal court cuisine. We have a menu called ‘Gaon Jeongsik,’ which is a full-course meal that is priced at 29,000 won ($25). We created our dosirak set No. 1 based on this meal,” Jin Na-ra, head of marketing at Korea House, told The Korea Herald. “For those who might consider set No. 1 too heavy, we have also prepared set No. 2 which is lighter. It is also cheaper.”

“There are not many dosirak on the market that consist of Korean royal court cuisine and we aimed to target that niche market,” said the head chef of the royal cuisine R&D team, Shin Jin-woo, who was behind the dosirak creation.

“When making the No. 1 set, I tried to make sure that people have a hearty meal. It is a premium dosirak that harmoniously puts together meat, vegetables and seafood,” Shin said. “Set No. 2 is a bit lighter, but we took nutrition into consideration.”

The chef added that he included foods that he hopes foreigners who are interested in Korean royal cuisine can try.

“I want to recommend foreigners try hyojonggang because it is our signature menu. It is also Korea’s first delivery food. At first, it was eaten by yangban (gentry class of the Joseon era) and later also was eaten by the royal family. It is a dish with this interesting historical background,” Shin said. “In set No. 2 there is yeonnip-bap. It is nutritious as it has different grains and also is fragrant as it is wrapped with lotus leaf.”

For set No. 2, an eco-friendly bamboo basket called “chaesang” which is similar to ones used during the Joseon era and omijacha (Korean berry tea) can be added for an additional cost. 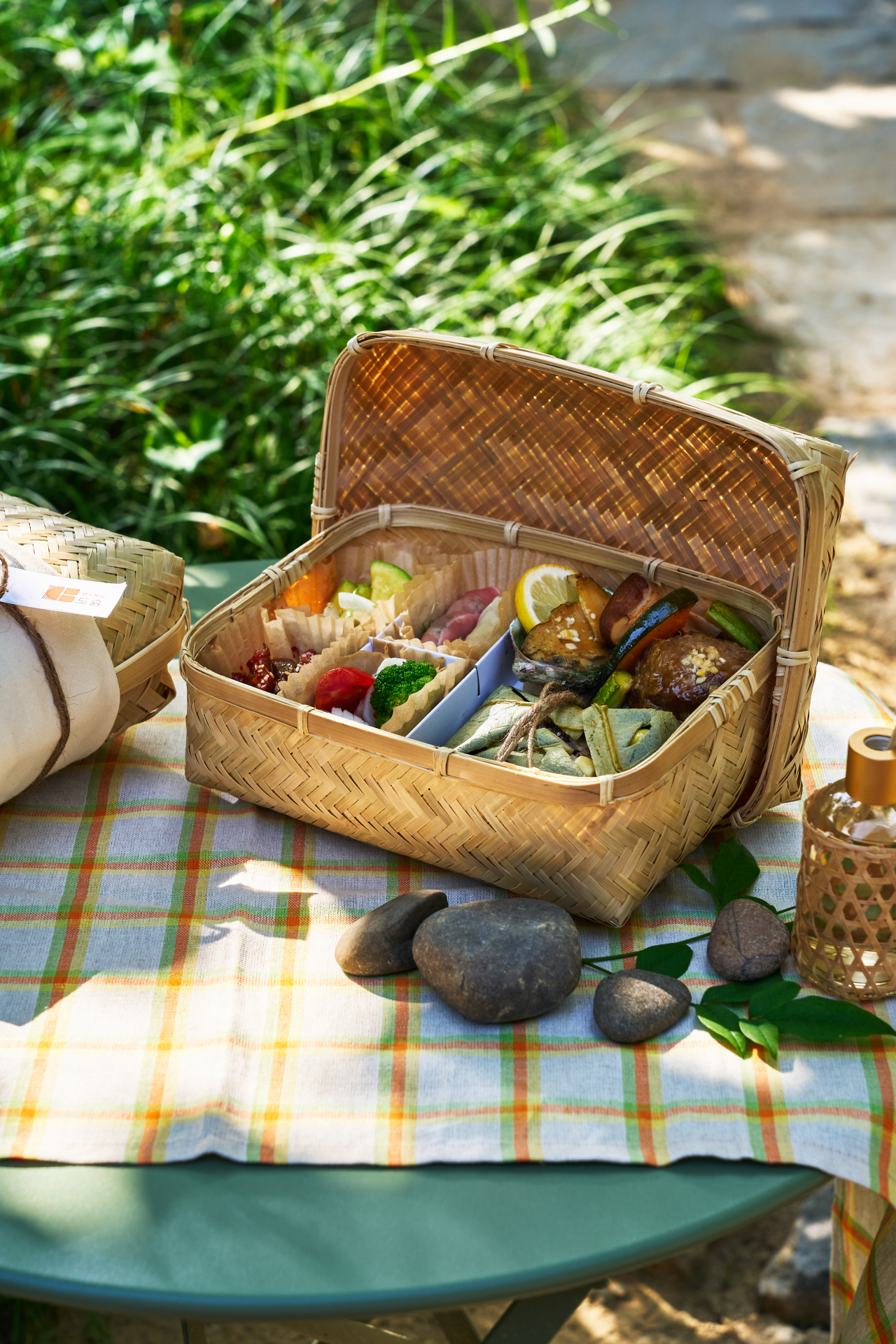 Set No. 2 in a bamboo basket called “chaesang”(Korea Cultural Heritage Foundation)
“There are historic records and relics that show how people used chaesang to pack meals. So we were inspired by it,” Jin explained. She added that the baskets can be reused, making them eco-friendly.