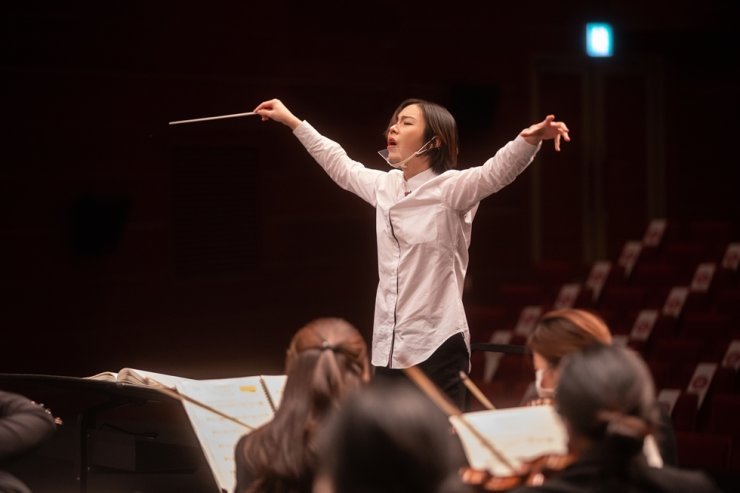 One of the most important titles for Chin is the conductor and CEO of Flasic, a video game music company she founded in 2017. The company records video game music, rearranges existing game music and gives orchestral performances with their rearranged works.

“Video game music is usually a combination of computer music and real music,” Chin said during an interview with The Korea Herald on Thursday. “As most game music are created through musical instrument digital interface, they do not have scores. Our arrangers listen to the works, analyze them, and write down the scores. It is like translation.”

Chin and the Flasic Game Symphony Orchestra will go onstage at the Sejong Center for the Performing Arts for the “StarCraft Live Concert: Encore” from Sept. 29-30, presenting melodies from the iconic PC strategy game created by Blizzard. The upcoming performance is a repeat of the concert held in 2019.

Flasic signed a three-year intellectual property rights deal with Blizzard, earning the right to rearrange and perform the company’s game music and use the videos and pictures for performances.

Flasic also hosted concerts with music from other smash-hit video games, such as League of Legends, Black Desert, Overwatch, World of Warcraft and more.

The idea of launching a game music-specialized orchestra came naturally for Chin, a conductor who loves computer games herself.

Chin could be considered an elite classical music artist, having studied conducting at the Korea National University of Arts and Mannheim University of Music and Performing Arts. Her parents are music professors.

In her school days, however, Chin, fell in love with video games, spending hours upon hours on them. She recalls how she took shelter in the gaming world as she was unable to get along with other students at school and she did not have a good relationship with her family.

Though her love for games may have stemmed from her lack of sociability, Chin now leads a 70-member orchestra, communicating and interacting with every member.

“I know what I have to do when I work. Of course, the role is overwhelming but it is my role to lead others,” Chin said. “It is not the same for human relationships, however. I am still figuring out how to deal with personal relationships.” 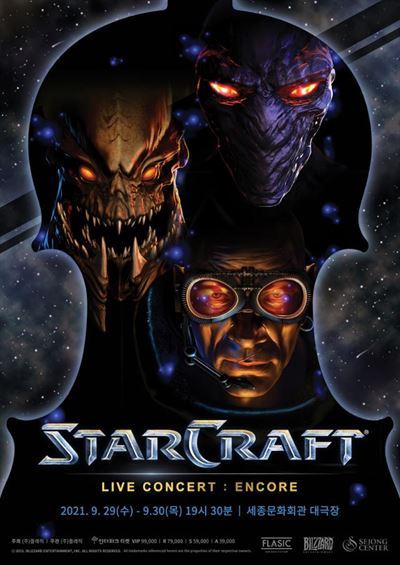 Though Flasic has been holding concerts at the Sejong Center, one of the biggest art centers in Korea, prejudice against computer games still remain a challenge.

“Prejudices are still a barrier. I had difficulty persuading some arrangers. Some asked me ‘What if this would not be good enough for others?’ I am aware there are still people who talk behind my back,” she said.

Chin says she will continue to swim against the tide and work on persuading people to see their music in a different light, one person at a time.

“I do not think I can fight the prejudices or ignore them. I am not strong enough to ignore them,” she said. “We have prejudices against things that we are not used to. My job is to make people get used to this art form.”

As a video game-aficionado herself, Chin is eager to take up the baton for more game music orchestral performances in the near future.

“There are more works in ‘League of Legends’ that we want to tackle. I would love to have a go at Japanese game music such as ‘Final Fantasy’ or Nintendo games. Nexon’s ‘Tales Weaver’ or ‘Cart Rider’ would be great. NCSoft has great music, too,” she said.

“In the end, it is about expanding the market. There are so many talented, young classical musicians out there. The music scene, however, is not big enough to take them all in. It is a strange system. We have to create more opportunities,” Chin said.