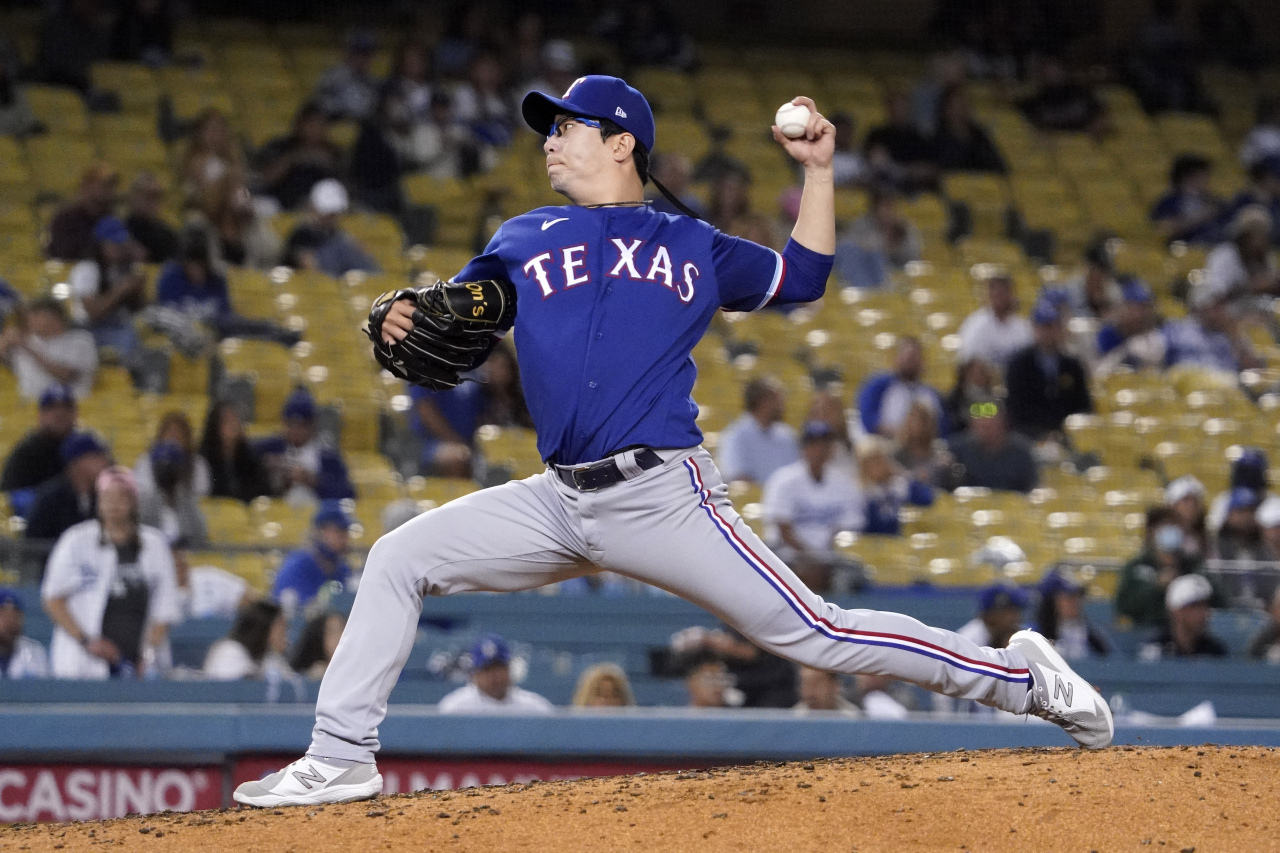 In this Associated Press photo from June 11, 2021, Yang Hyeon-jong of the Texas Rangers pitches against the Los Angeles Dodgers during the bottom of the fourth inning of a Major League Baseball regular season game at Dodger Stadium in Los Angeles. (AP-Yonhap)
South Korean left-hander Yang Hyeon-jong has been recalled to the big leagues for the first time in nearly 70 days.

The Texas Rangers said Tuesday (US time) they have called up three minor league players, including Yang, to fill open roster spots due to a COVID-19 outbreak on the team.

Yang joined the 26-man major league roster for the first time in 69 days since he was sent to the Rangers' Triple-A affiliate, Round Rock Express, on June 17.

In the minors, Yang's performance has not been impressive, with a 5.60 ERA in 10 appearances.

The Rangers designated him for assignment, removing him from the 40-man roster, after assigning Yang to the minors.

But the recent massive COVID-19 outbreak on the Texas Rangers has given him a second chance in the big leagues.

Earlier this week, Rangers' right-handers Drew Anderson and Mike Foltynewicz, and infielder Brock Holt, were placed on the injured list (IL) because they tested positive for COVID-19.

Three more players, including catcher Jonah Heim and right-hander Dane Dunning, were also sidelined due to the same reasons.

Meanwhile, Tampa Bay Rays' South Korean infielder Choi Ji-man was put back on the IL for the third time this season.

The Rays placed the Korean first baseman on the 10-day IL on Tuesday with a left hamstring strain.

During a home game against the White Sox on Sunday, Choi complained of the hamstring issue and left the game before the second inning.

This is the third time this season Choi has been on the 10-day IL, following a left groin strain in June and after right knee surgery in the beginning of the 2021 season.