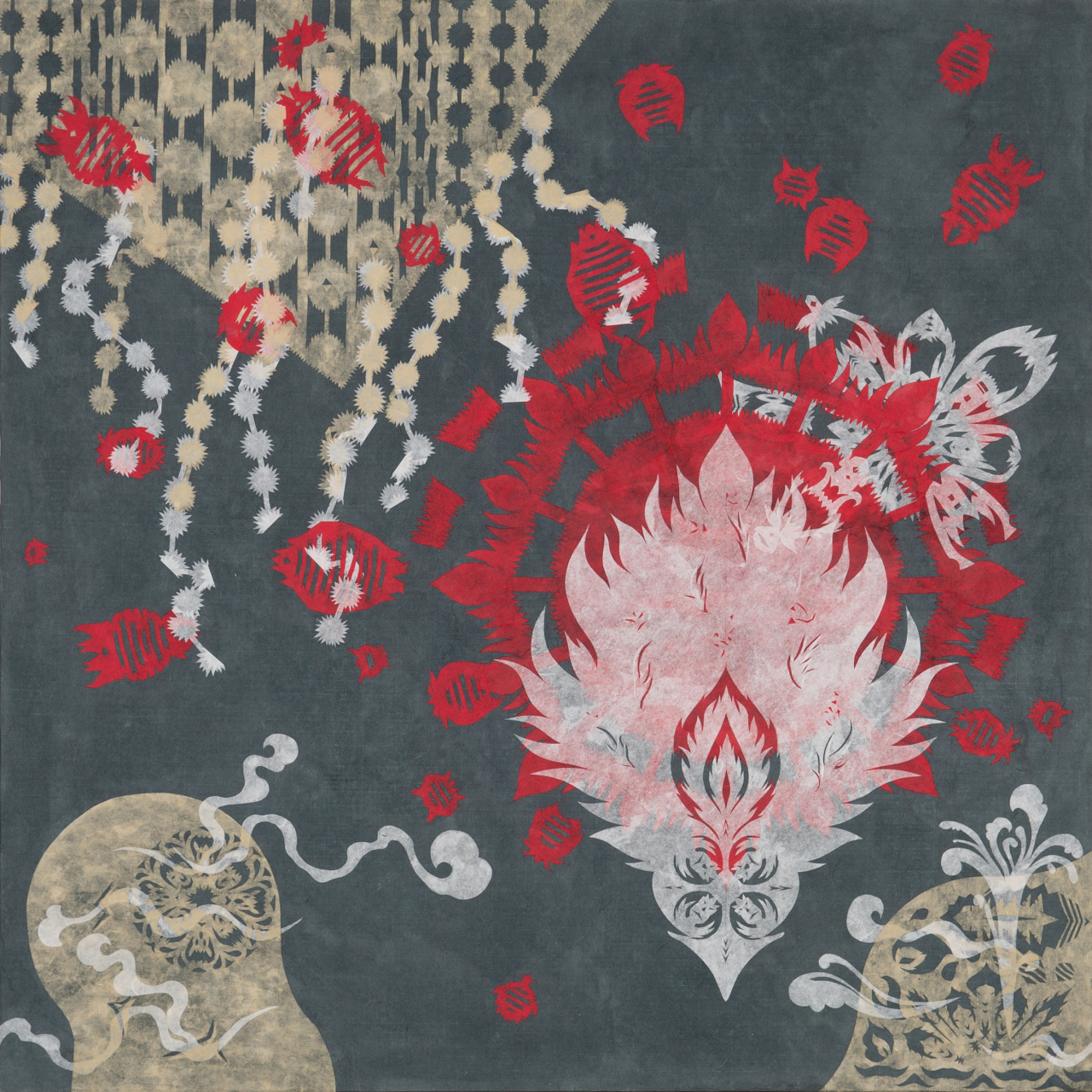 “Descending Sunrise - Mesmerizing Mesh #11” by Yang Hae-gue (Courtesy of the artist and Kukje Gallery)
Installation artist Yang Hae-gue will unveil her paper collage series titled “Mesmerizing Mesh” on Tuesday at Kukje Gallery in central Seoul, a year after she showed a glimpse of her paper artwork at her solo exhibition held at the National Museum of Modern and Contemporary Art, Korea.

The “Mesmerizing Mesh” collage series is created with hanji, Korean mulberry paper, and inspired by “kkasugi,” or sacred paper cutting, which refers to shaman paper objects or the culture of making ritual paper objects. The shamanistic objects are used for “gut,” a rite performed by Korean shamans. The word “kkasugi” derives from “kkasunda” which means an act of making the scared paper cutting in a Korean dialect.

Although Yang’s previous installation work, titled “Five Doing Un Doing,” at her MMCA solo exhibition in November also features hanji, it is her first time showcasing a hanji collage series after she became interested in shamanistic paper objects some time ago.

“Shamans make a variety of kkasugi such as flowers and ‘bujeok’ (paper talisman for good luck) for ritual decorations … I believe such decorations used for rites exist in other cultures too -- like the bells. I have a strong feeling about it. It will be fun,” the artist told The Korea Herald during an interview in November 2020. 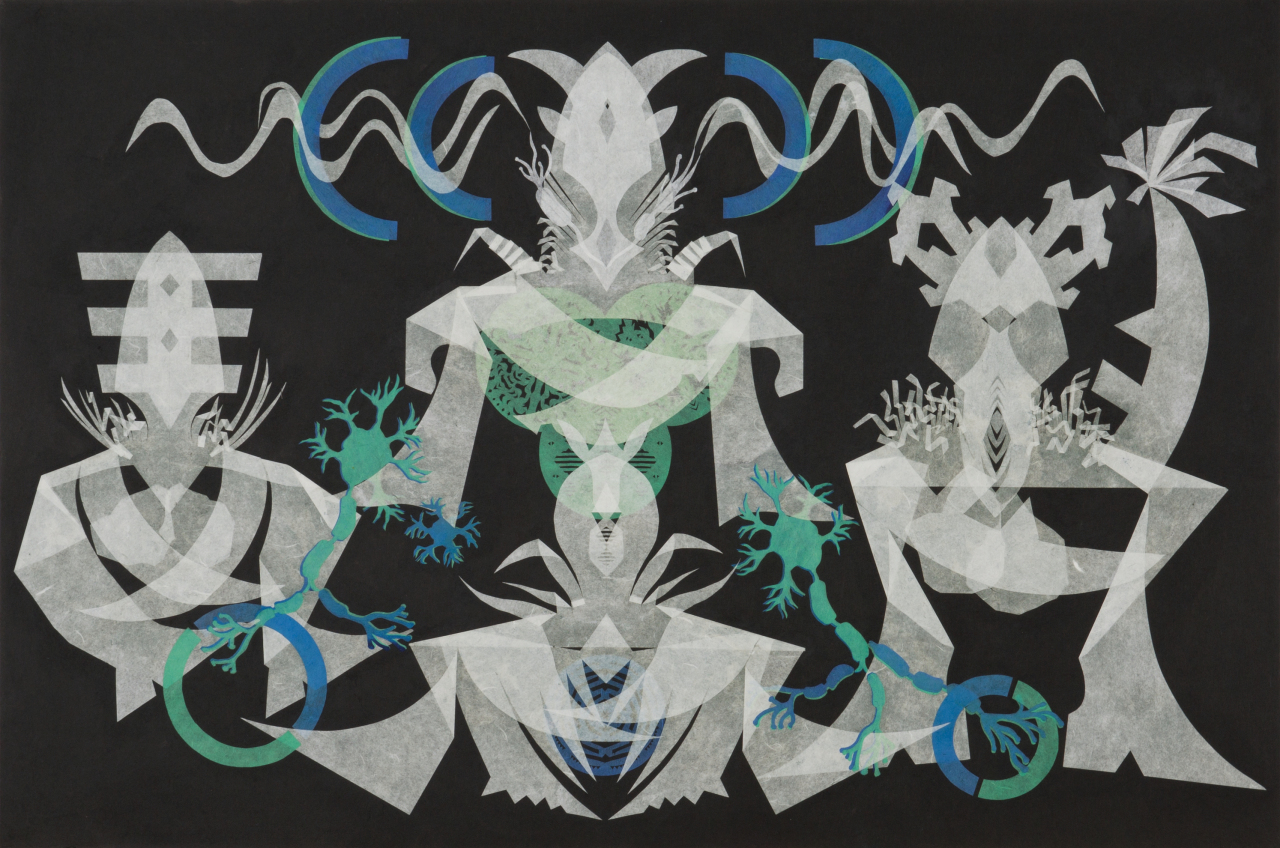 While the series was inspired by “gut,” a rite performed by Korean shamans, the artwork transcends regions, encompassing different papercutting cultures across the world: “papel picado” from Mexico, “pabalat” from the Philippines, “sanjhi” from India and “wycinanki’ in Poland are decorations used for rites.

“I was helped by many scholars and institutions devoted to shaman studies, including Shim Ha-yong from the Korea Folk Drama Museum, Jeong Ji-soo from the Taean Cultural Center, shaman Lee Jae-sun, shaman Lee Yeoung-hee, shaman Kang No-sim, Dr. Yang Jong-sung from the Museum of Shamanism,” Yang said in a press release issued by the gallery.

Twelve pieces from the 18-piece “Mesmerizing Mesh” series will be on display at K1 hall of Kukje Gallery. The exhibition will move to the Rizzoli Studio, a newly built concept store at the gallery on Sept. 15, with the remaining six works from the series joining the exhibition.

The hanok-style Rizzoli Studio will be used as an exhibition hall and a concept store displaying Rizzoli books and edition works.