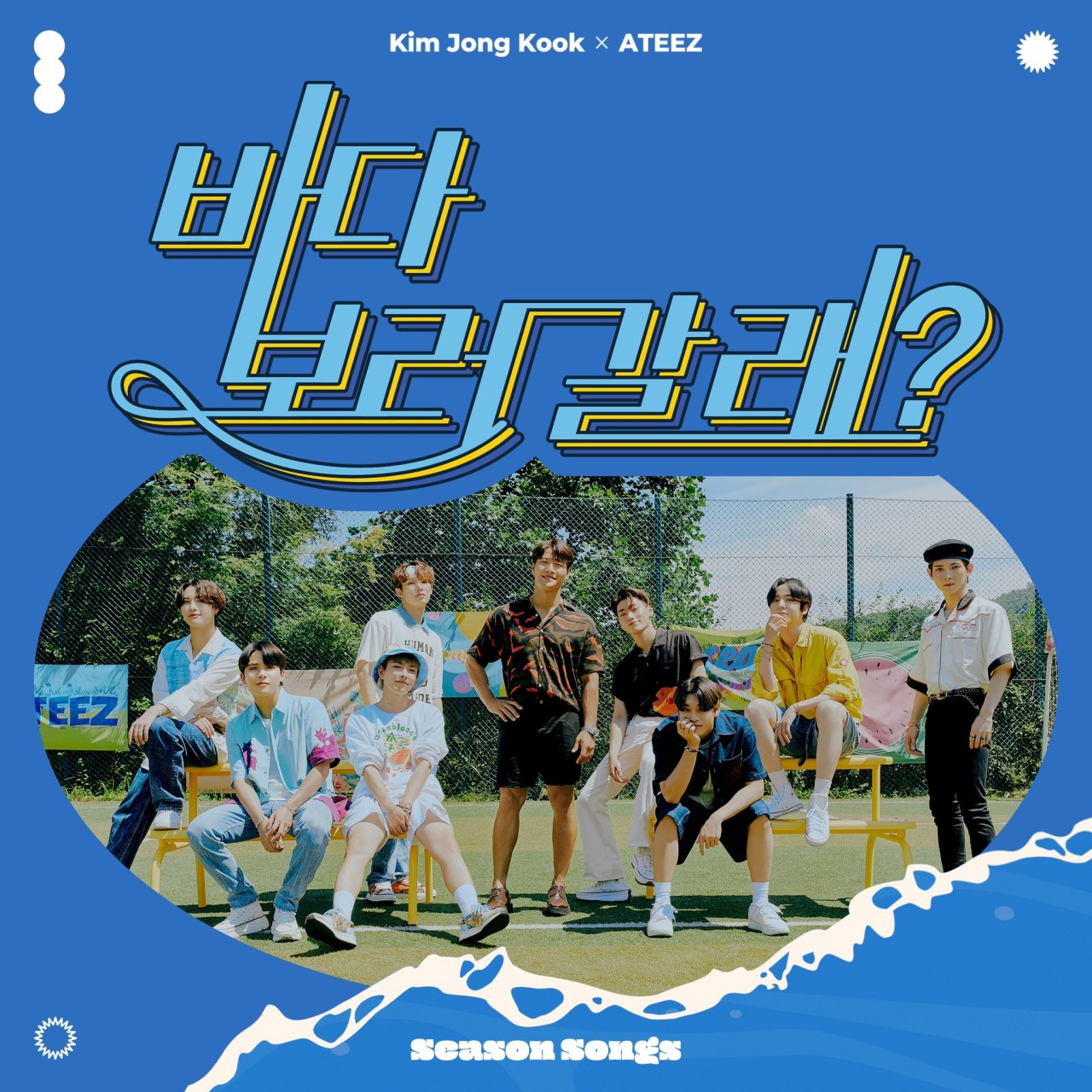 Cover image of “See Sea” (KQ Entertainment)
Web-based entertainment programs featuring the inner workings of collaboration projects between artists have emerged as a new trend in the Korean music industry.

In early August, KQ Entertainment announced that its K-pop boy band Ateez was working with veteran singer Kim Jong-kook on a duet summer song. The agency also hinted that the collaboration would not be limited to music.

“Starting Aug. 11, fans can see how Ateez’s new song with Kim Jong-kook is being produced in the reality show ‘The Man of Ateez,’ on the local streaming platform Kakao TV. The program will be available on Kakao TV’s YouTube channel 1theK from Aug. 16,” the agency said.

The first episode, which marked over 1.01 million views, begins with the bandmates casting Kim. The program shows the artists, from two different generations, building a relationship and sharing their thoughts about the upcoming song.

Revealing their own journey on becoming a K-pop singer, comedians Lee Eun-ji and Moon Se-yoon star in a YouTube entertainment program “My ID is Copycat” and “Bookku Ddong,” respectively.

In “My ID is Copycat,” Lee was joined by popular artists -- boy band Monsta X, singing duo Mad Monster and girl group Lovelyz -- who schooled her on dance moves, vocals and shared tips with her on stage performances.

After releasing nine episodes, Lee debuted with a remake of a 2008 song “Para Para Queen,” with rapper Ravi as a featured artist on Aug. 11. 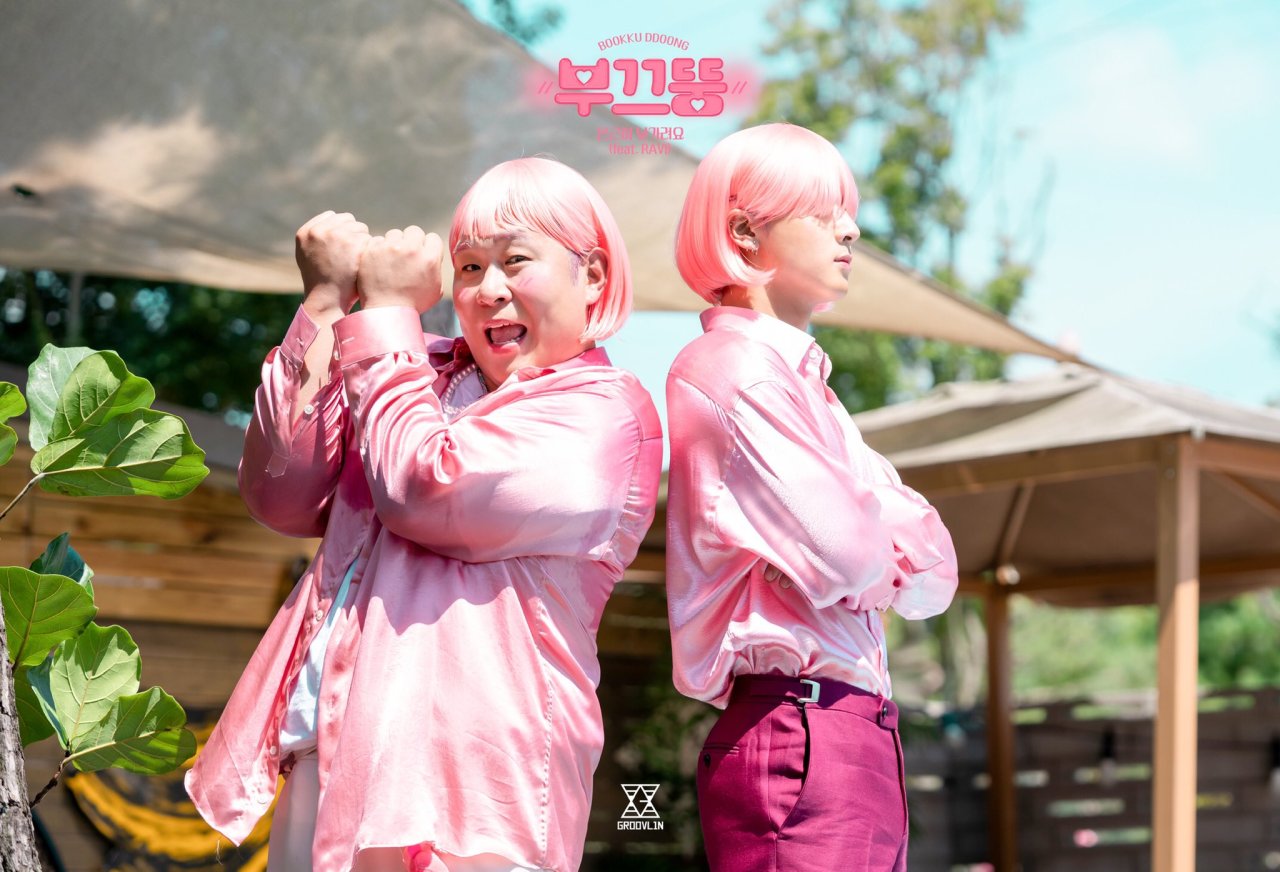 Three five-minute episodes were enough for Moon to make his debut with Ravi on Sunday.

While collaboration between artists is not new, the new web-based content offers greater insight than short behind-the-scene video clips the artists’ agencies release.

The web-based programs about the artists’ collaboration journey is not just for promoting new releases, culture critic Jung Duk-hyun told The Korea Herald on Monday.

“The programs are also showing the artists’ approach to their music. Revealing both music and their production process are becoming a standard in the Korean music industry,” he said.

Making it to the top of local music charts is not the only means to measure the success of a song, Jung added.

“The artists seek to find fans who are attracted by their music style, which does not have to be a wide support from the public. Given the access to global music lovers, I think there will be more YouTube contents about the artists’ collaboration and music production,” Jung said.