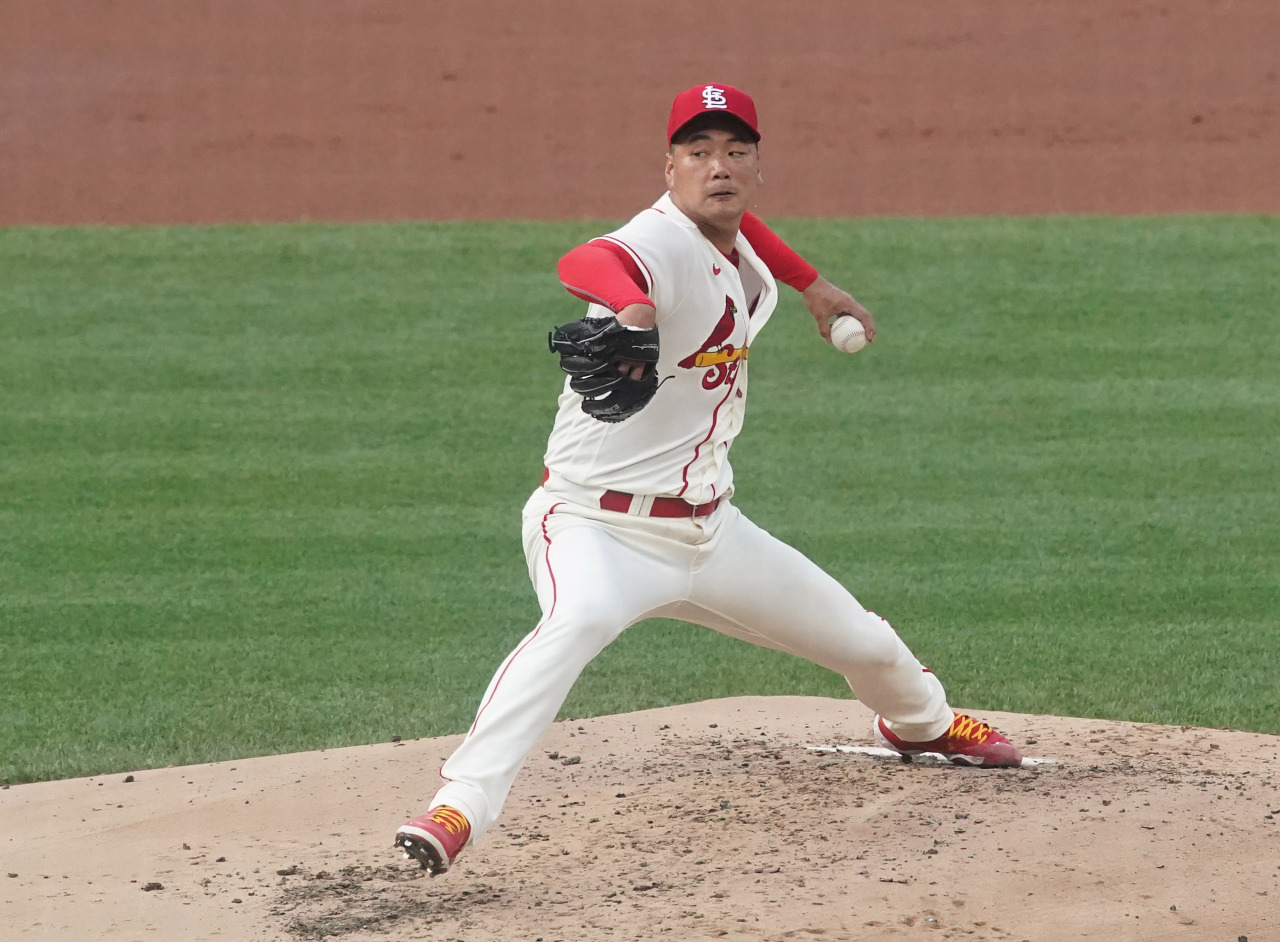 In this UPI photo, Kim Kwang-hyun of the St. Louis Cardinals pitches against the Kansas City Royals in the top of the second inning of a Major League Baseball regular season game at Busch Stadium in St. Louis on Aug. 7, 2021. (Yonhap)
Inching toward a return to the big leagues, St. Louis Cardinals' South Korean starter Kim Kwang-hyun allowed two runs in two innings of his minor league rehab outing.

Pitching for Triple-A Memphis Redbirds at AutoZone Park in Memphis on Thursday (local time), Kim served up two solo home runs in the top of the first inning against the Nashville Sounds.

Kim retired the next two batters, and then pitched a clean second inning, which included a strikeout.

Zack Thompson took over from Kim to begin the third inning.

Kim was placed on the 10-day injured list (IL) on Aug. 9 with left elbow inflammation. The left-hander had previously made two trips to the IL with lower back issues, first in April and then in June.

But this was Kim's first minor league rehab outing. He is 6-6 with a 3.36 ERA in 19 starts with the Cardinals in 2021, his second major league season.

St. Louis manager Mike Shildt said Kim has received an injection during his recovery. He will be built back up as a starter, but with the Cardinals expected to have a surplus of healthy starters soon, Kim may find himself in the bullpen.

Kim was a starter for more than a decade in South Korea before signing with the Cardinals. But he made his major league debut last year as a reliever and earned the save in his first game, before joining the rotation as the injuries piled up.

This year, Shildt hasn't been shy about pulling Kim early, while the pitcher himself has had his struggles going deep into games. Kim has thrown more than six innings just once this year.

"There's an opportunity to see how he feels and evaluate where he is -- where we're at -- and go from there," Shildt said. "Biggest thing, we want to make sure -- is he able to go out and throw and recover? And then once that happens, we'll be able to take the next steps that are necessary." (Yonhap)