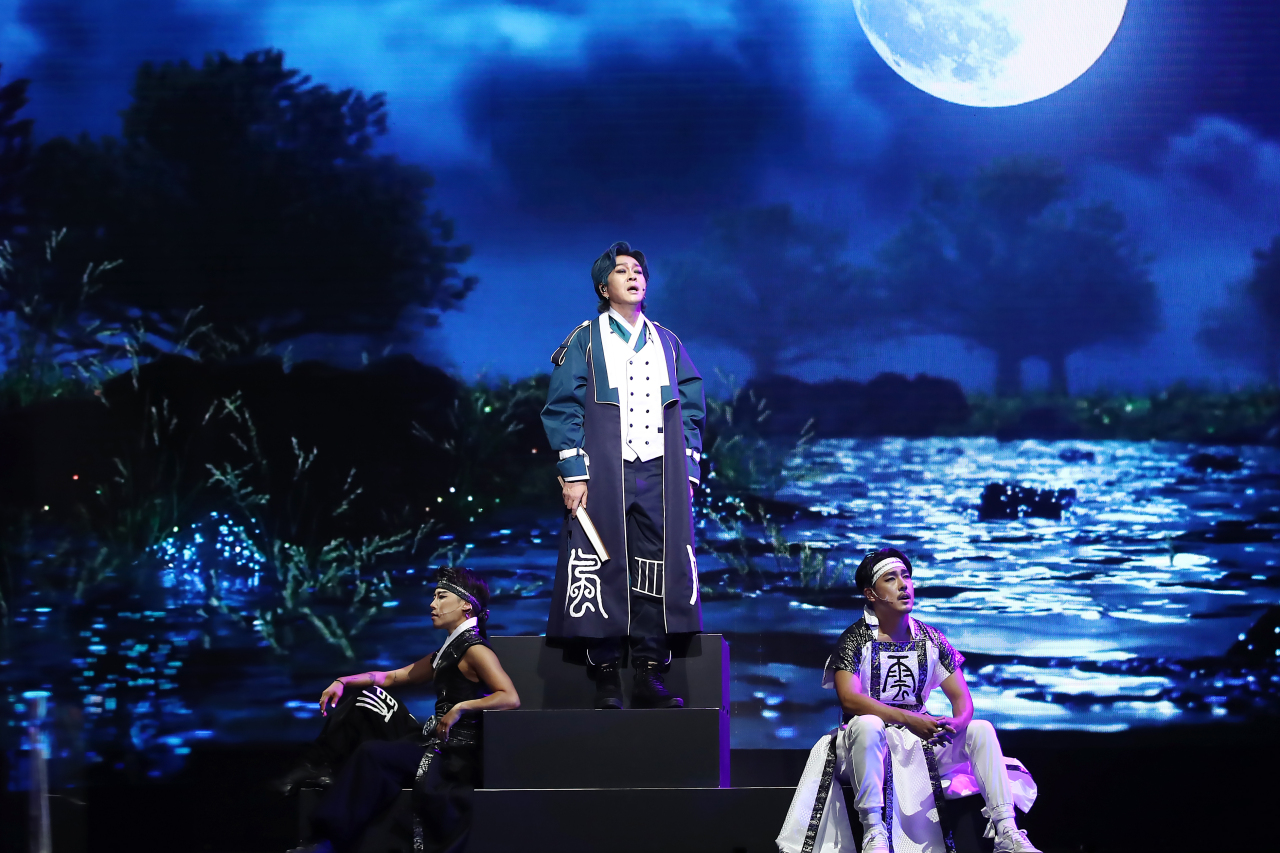 The musical, organized by the Ministry of Culture, Sports and Tourism and the Korea Tourism Organization, will run from Sept. 17 to 26 at Pyeonghwa-Nuri Park in the Imjingak area, in Paju, Gyeonggi Province.

The musical was inspired by an abandoned steam locomotive which sits at Jangdan Station in Imjingak, on the banks of Imjin River that is an hour’s drive northwest of central Seoul. The train that once ran up and down the Korean Peninsula stopped running following the division.

Though it had its premiere last year, the show was streamed online due to the COVID-19 risks. This year, in-person audiences will be allowed, leaving an empty seat between audience members who did not come together.

“Musical ‘Wonder Ticket’ means a lot to me as it sends a message of peace which is the driving force of my music,“ rock star Yoon Do-hyun who stars in the show as Pungbaek, the god of wind, said at a press event held Wednesday at Blue Square in central Seoul.

“Growing up in Paju, Gyeonggi Province, I visited Imjingak many times on school field trips. Growing up near the border, I grew up asking the question of ‘Why are the two Koreas separated?’ After making my debut as a singer, I released many songs sending the message of peace,” Yoon said.

The musical is a tech-savvy show featuring the latest information and communications technology, according to organizers. The show involves a supersized 36-meter-wide LED screen, projection mapping, and real-time 3D engine and tracking sensors for augmented reality visual effects.

“The show is about promoting the DMZ area as a tourist destination for ‘peace tourism,’ highlighting the location and history of Korea,” director Choi Kwang-il said.

Tickets for the musical are available via Interpark Ticket or Naver.