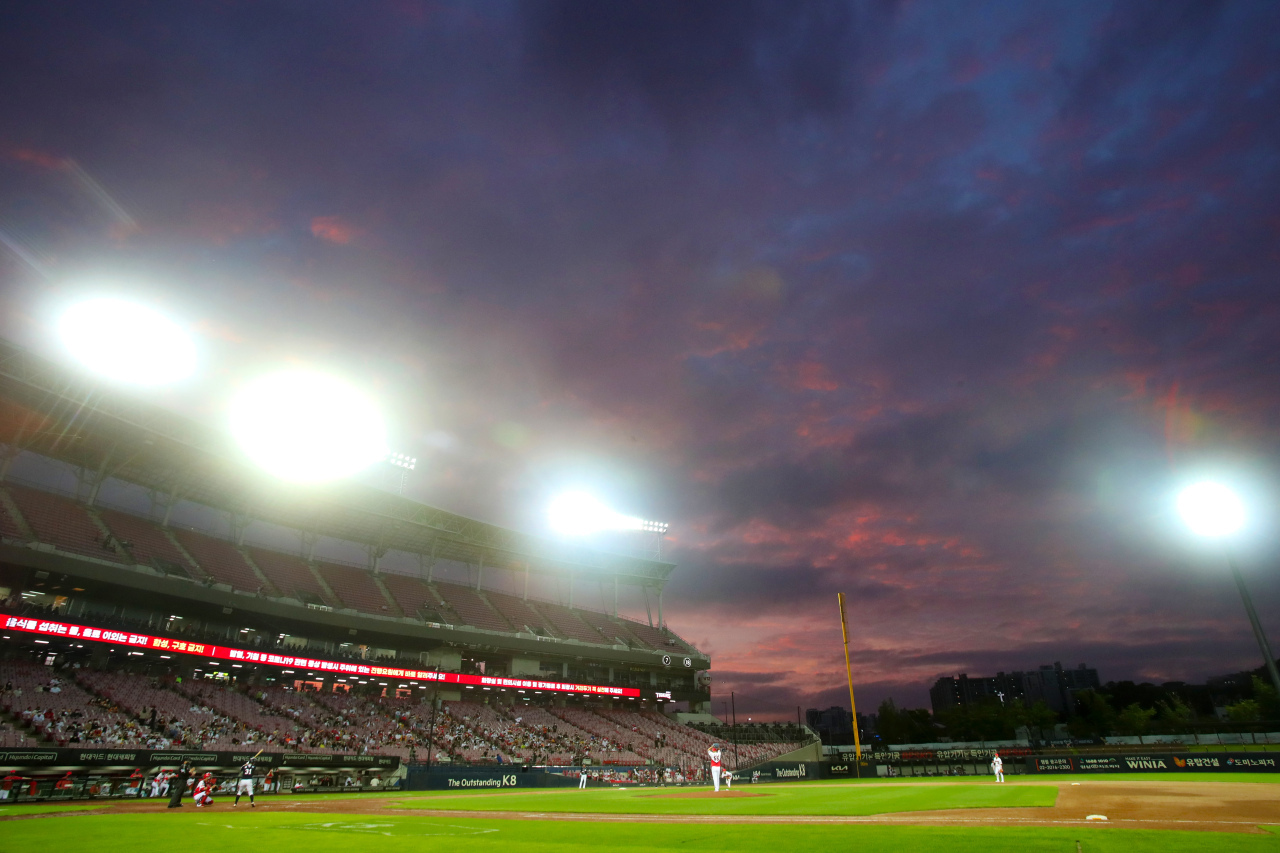 Gwangju-Kia Champions Field in Gwangju, 330 kilometers south of Seoul (Yonhap)
A South Korean baseball player has been cleared of doping allegations upon further review by the national anti-doping body, the player's club has announced.

The Doosan Bears of the Korea Baseball Organization (KBO) said late Tuesday that the Korea Anti-Doping Agency (KADA) informed the league office of its final decision on the player, whose identity was being withheld, at 6 p.m. Tuesday. The KBO in turn delivered the news to the Bears, a team official added.

In June, the KADA detected a banned substance from the player's urine sample collected two months earlier. The player appealed his case in July, insisting he had never taken any illegal drug or injected himself with any banned substances. The KADA then began reviewing possibilities that the prohibited substance might have entered the athlete's body through other means.

The player had reportedly tested positive for meclofenoxate. The stimulant is banned by the World Anti-Doping Agency (WADA), but it can also be found in shampoo, body lotion and even food.

In July, US mixed martial arts fighter Rob Font was cleared after his use of a cosmetic product containing the substance resulted in a positive test in May.

The KBO player cited Font's case in his appeal, and submitted his food and supplement logs. The KADA then concluded that he had not violated anti-doping rules. (Yonhap)