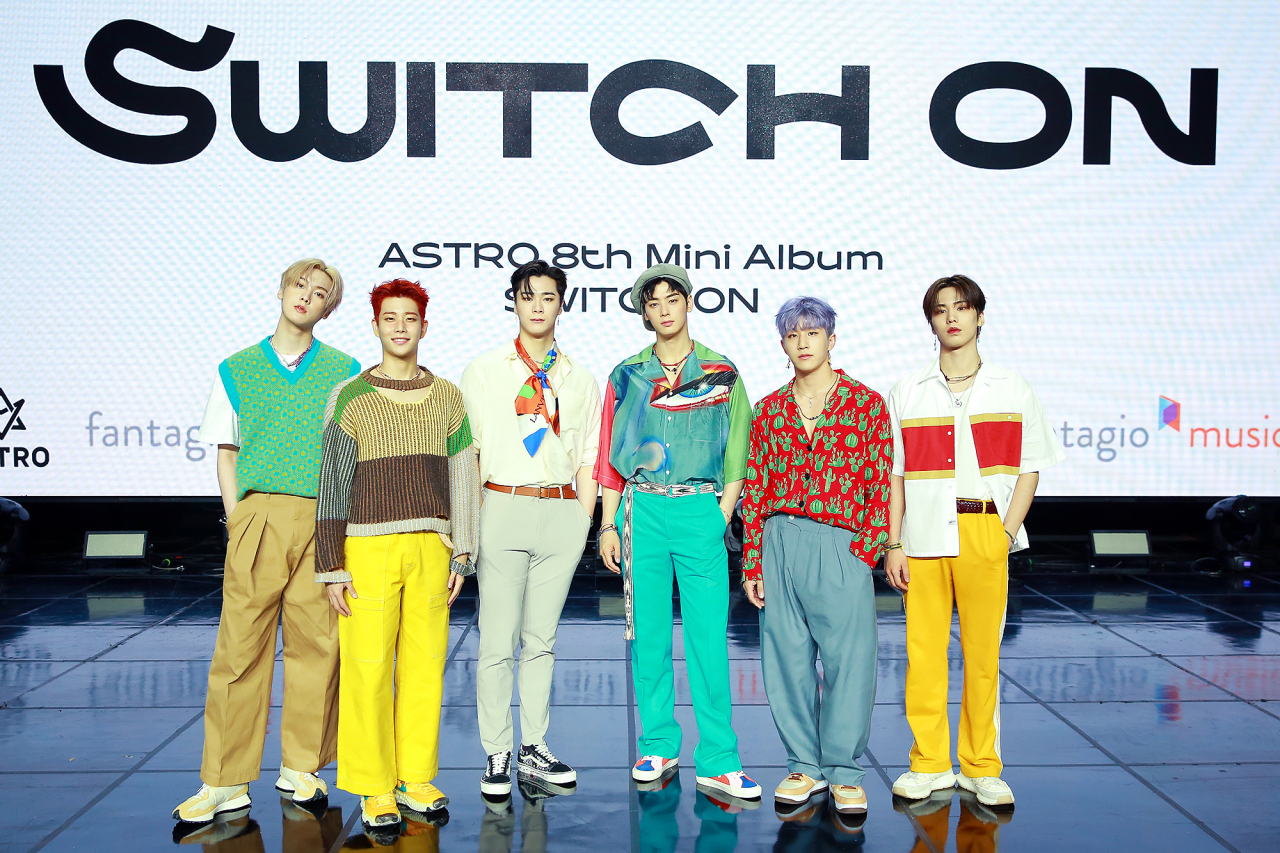 Boy band Astro poses during an online press conference Monday. (Fantagio Music)
Boy band Astro welcomed the bright and sunny season of August by hopping on the summer music craze. The six-piece act returned after nearly four months with an aim to expand their musical taste and popularity with the eighth EP, “Switch On,” released Monday evening.

The six-song package is a “gift by the band to themselves,” as the album talks about the group’s footprints over the past six years and the path the six bandmates aim to walk in the future, the group said during an online press conference held Monday.

The band said together they had come a long way since their debut in 2016. Leader and rapper JinJin said Astro had established its presence as “refreshing idols” ever since, and that the group has delved into different elements that make up something refreshing for the past six years. He added that Astro’s journey to find something fresh and uplifting had become the group’s solid narrative.

“This album, in particular, has a lot of fantasy-related elements, which is why we dubbed it as a ‘refreshing fantasy’ genre album,” JinJin said. Sanha added that the band wishes to solidify their refreshing image and stage presence with music lovers.

The six-piece act also spoke about how they added more charms and aspects to their existing identity, and said fans could revel in the group’s confidence through the latest release. In particular, the musicians said they had set their hearts on “switching on the world” in their eighth EP, delighting the band’s fandom with a meaningful message. 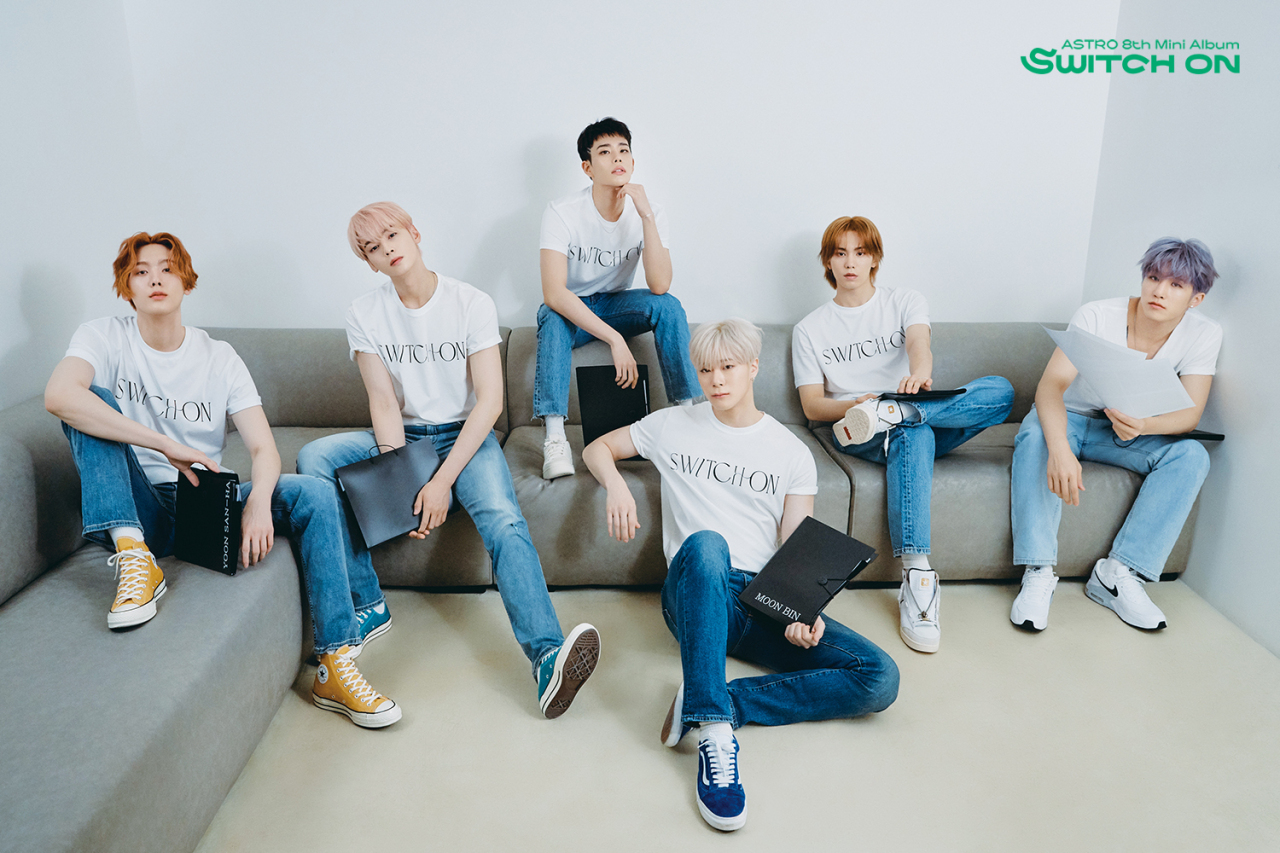 (Fantagio Music)
The band’s latest print also brims with six different emotions and feelings of each member, as the bandmates take another step into their careers as musicians. The band said they made several leaps of faith on “Switch On,” and the utmost change was that all of them participated in composing and writing lyrics for the album.

Main dancer and lead rapper Rocky said, “MJ, JinJin and I have listed our names as composers in our previous albums.” Now in their sixth year, he added that the other bandmates had always wanted to engage in making Astro’s music, which is why the sextet has pushed themselves to be able to cover a wider range of music.

Eun-woo made his debut as a lyricist for lead track “After Midnight.” He said the summer season was a big inspiration for him when writing the lines and he hopes the disco-based funk tune lands as a nostalgic reminder for Koreans during the summer.

“Our song is coming out in the middle of the sweatiest season, so I wanted to make a song that would be on repeat during the hottest days,” the singer and lyricist said.

The musician described the meaning behind the lyrics as the “feeling of wanting to be with your lover all night.”

Speaking about a handful of K-pop acts vying to control domestic music charts with their new summer anthems, MJ said each member’s character makes them stand out. “Our album convenes six different charms and characters, which is also Astro’s strength,” the main vocalist added.

Moon Bin also talked about how the bandmates fizzed with chemistry to show their synergy. “We added a little switch in our dance moves, including the pairing-up choreography, to show how spellbinding our performance is when we are together.”

On closing the event, MJ said he hopes to see Astro as a band that everyone seeks -- anytime and anywhere. San-ha added that the group had tailored many hidden styles and tones to them and that he is excited to showcase “extreme freshness” through the new album.

The six-track album that spells out a refreshing summer day was set to release at 6 p.m. Monday.