Management in Korea is a regular column written by the members of Egon Zehnder Seoul, touching on various aspects of Korean enterprises and business leaders and offering management tips. -- Ed.

The suicide of a Naver employee in May reignited concerns over workplace harassment and bullying in South Korea. In this incident, an employee wrote in his suicide note that he was physically and verbally abused by an executive in the company, and emails and records of the company’s internal messaging services underscored these claims, according to the preliminary investigation report by Naver’s union. The report goes on to blame senior management for ignoring complaints about this executive earlier in 2021, and the founder later apologized, saying he held himself and the management team responsible. 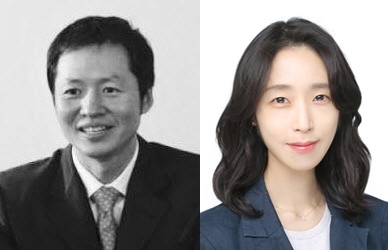 From left: Egon Zehnder Seoul's managing partner Eugene Kim and business analyst Hannah Hyun-jeong Nam (Egon Zehnder Seoul)
Naver is not the only company whose culture has come into question – it’s just the most recent tragic example. Leaders in South Korea must do a better job at breaking down the stigma surrounding mental health and create work environments that foster psychological safety and prioritize employee well-being.

Cracking down on toxic work culture

While workplace harassment occurs in organizations across the globe, it has been particularly pervasive in South Korea where toxic work cultures and abusive bosses and colleagues are rampant. A 2017 study by the National Human Rights Commission of Korea found that more than 73 percent of respondents had been harassed in the past year, and a quarter of respondents were harassed more than once a week.

Legislation was passed in 2019 aimed at curbing this behavior –- managers who unfairly fire workers who complain of office bullying can face up to three years in prison or a 30 million won ($25,464) fine. However, the law hasn’t done much to stop the harassment.

These toxic cultures are prevalent in many organizations in South Korea due to stigma that surrounds mental health. Employees rarely take advantage of mental health services from employers – only about 1.4 percent use these benefits, compared to about 8.3 percent in Western countries, a report from the National Institutes of Health shows.

The increase in remote work brought on by the COVID-19 crisis also contributed to higher rates of bullying at work. According to the 2021 Workplace Bullying Institute survey, remote workers are bullied at a rate of 43 percent compared to 39 percent of employees overall. Cyber bullying is much more invasive, as it can happen at any time of day across any communications channels companies are using, making it more difficult for employees to find places of refuge and safety.

In addition, the pandemic is heightening people’s anxieties and fears, increasing the impact bullying and harassment can have on an employee’s mental state, which can have a negative impact on the quality and quantity of the work they do. Workers are also feeling burnt out, with many working harder and longer over the last 16 months as the lines between work and home blurred for many employees who were working remotely.

How leaders can help

Amid this chaotic backdrop, employees are now expecting more from their employers. They want to feel safe and appreciated, and leaders have the responsibility to create a workplace that places employee wellbeing at the core.

It will require a commitment and ongoing diligence to change behaviors, but there are some things leaders can do now to contribute to a better workplace culture:

• Use your voice as a leader to show empathy and support for employees. Engage in one-on-one conversations with employees and be open about sharing your own struggles. For example, former First Lady Michelle Obama shared her struggles with depression last year, which was met with overwhelming support from the public.

• Institute genuine consequences for actions that go against a company’s values and culture. Nike did a major overhaul of its executives following the exposure of workplace harassment in 2018, and the #MeToo movement spurred many companies to take a hard look at how to reduce workplace harassment. (A 2020 survey showed that 74 percent of Americans said the #MeToo movement helped decrease the occurrences of sexual harassment in their workplaces.)

• Invest in company-sponsored mental health services. Ensure employees have access to the services they need and emphasize that mental health challenges should not be stigmatized or hidden (although allow confidentiality for those who seek it). For example, Visa launched a Mental Health and Wellbeing Community, which helps employees cope personally and professionally by enabling them to connect through issues of mental health and wellbeing, access resources, and work together to remove the stigma associated with mental health.

South Korea’s economy is still dominated by chaebol, where the executive teams and their boards are often run by family members and their associates, which can create environments where abuse is left unchecked. Employees who don’t have these connections are considered “outsiders,” and their wellbeing is at the bottom of a company’s priorities. Although many organizations claim that they are focused on equity and have set up processes and procedures, they are not having the intended effects. The deep rootedness of this chaebol culture even spills over into newer companies, such as Naver, which is not a traditional chaebol. Its founder did not want to be involved with the politics and power abuses that are often present in chaebol, but as the company grew, its culture emulated chaebol culture.

To combat these toxic cultures, leaders will need to tap into their own courage, resilience and other deeply human traits to make long-needed changes that may conflict with the norms Korea has embraced for thousands of years. More inclusive cultures will create stronger, more sustainable organizations that ultimately foster an environment where employees are more comfortable bringing their full selves to work -– including their struggles and challenges.

Eugene Kim is a managing partner of advisory firm Egon Zehnder Seoul. He can be reached at Eugene.Kim@egonzehnder.com.

Hannah Hyun-jeong Nam is a business analyst at Egon Zehnder Seoul. She can be reached at Hannah.Nam@egonzehnder.com -- Ed.