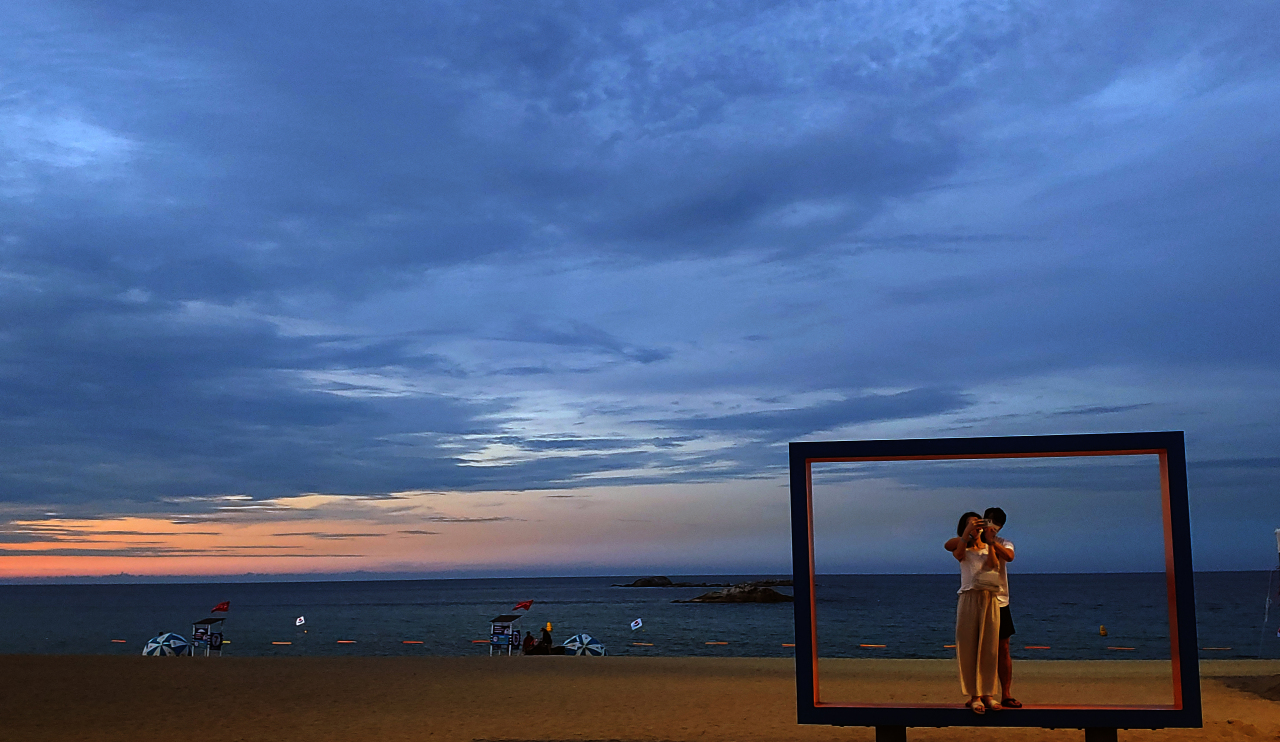 Korea saw a renewed one-day high of 1,784 cases of COVID-19 on Wednesday, with the majority of them coming from the Seoul area, as some experts call for tougher interventions to contain the spread.

For the wider Seoul area -- which includes Gyeonggi Province and Incheon -- the fourth and strictest degree of social distancing is set to expire Sunday, after coming into effect two weeks prior. More than two people cannot mingle at a time past 6 p.m. under the restrictions, among other measures.

As cases continue to increase at record rates, with Seoul at the center, health officials are now debating if the restrictions should last longer.

“Whether to maintain or move on from the restrictions that are in place now in Seoul and the surrounding regions will be announced later this week,” Lee Ki-il, a senior Ministry of Health and Welfare official, said in a Wednesday briefing. Discussions within the government’s COVID-19 response headquarters have not reached an agreement yet, he said.

A week ago on July 14, when the previous daily record of 1,614 cases was set, Lee had said the situation was “expected to stabilize” by the end of this week.

Dr. Jung Ki-suck, former director of the Korea Centers for Disease Control and Prevention, said in a phone interview that the current wave of cases “has yet to peak.” “We are in the midst of a climb,” he said.

“Social distancing rules that are in force now do not seem to be doing the trick,” he said. He said this was partly due to the influence of delta, a highly transmissible variant of COVID-19, that now accounts for 76 percent of all variant cases discovered here, according to the weekly official report.

Jung suggested a nightly curfew between midnight and 4 a.m. and closing down or further limiting operations of nonessential establishments such as karaoke joints, on the condition that they can be compensated for the lost business hours.

Outside the Seoul area, apart from Jeju Island, Gangneung in Gangwon Province -- two popular holiday destinations -- and a few South Gyeongsang Province cities, the rest of the country was still practicing the least or second-least restrictive level of social distancing, which is “almost no social distancing,” Jung pointed out. For instance, concerts can entertain audiences of up to 4,000 and escort bars are allowed to open.

Korea’s front-line hospitals are once again facing a stream of patients, and health care workers are reporting exhaustion.

At a testing center in Seoul’s western Gwanak-gu, a public health official in her 40s collapsed last week from overwork. The testing center was facing about thrice more visits from people as cases have flared up. An online petition posted June 29 on the Cheong Wa Dae website said nurses at COVID-19 clinics were working far longer than the maximum hours set by law of 52 hours per week.

Dr. Eom Joong-sik, an infectious disease specialist at Gachon University Medical Center, a designated COVID-19 hospital, said that “as cases rise, so will hospitalizations and ICU admissions.” “That includes young people, who aren’t shielded by vaccinations yet,” he said.

More people aged 59 and younger, for whom vaccinations have not yet begun, are falling seriously sick. As of Tuesday, there were 207 patients placed on intubation or mechanical ventilation, about a third of whom were people in their 50s. Thirteen of them were in their 30s, and seven were in their 20s. A month ago, there were zero patients in their 20s undergoing such therapies.

Eom said his hospital in Incheon is taking in patients who were unable to find a bed in Seoul, where 34 percent of all new cases are being found. Nearly half of COVID-19 intensive care wards across the country were full as of Tuesday, while nonhospital facilities for patients with mild cases were at 64 percent capacity.

“Without extending vaccinations to younger populations, it’s reckless to wean off of social distancing,” Eom said. Korea had planned on reopening most parts of the country on July 1 on vaccine progress among older and at-risk groups, which was retracted as the latest wave hit.

“The point of social distancing at this stage of the pandemic is to buy time while vaccines are being distributed,” he said.

For most of July, vaccination efforts largely focused on delivering first doses to people in their 60s to early 70s who could not receive them when their eligibility opened in late May due to shortages. Priority was also given to first-dose recipients to ensure they receive the second dose in time.

So far over the month, an average of 117,349 vaccine doses was administered per day in Korea, far short of an earlier pledge by Jeong Eun-kyeong, the chief of the Korea Disease Control and Prevention Agency. Jeong had attested before the National Assembly during an April plenary session that in July some 1 million to 1.5 million doses could be put into arms a day.

Since the vaccination campaign began five months ago, 32 percent of Korea’s 51 million people have received at least one dose of a vaccine. The percentage of fully vaccinated people stands at 13 percent.