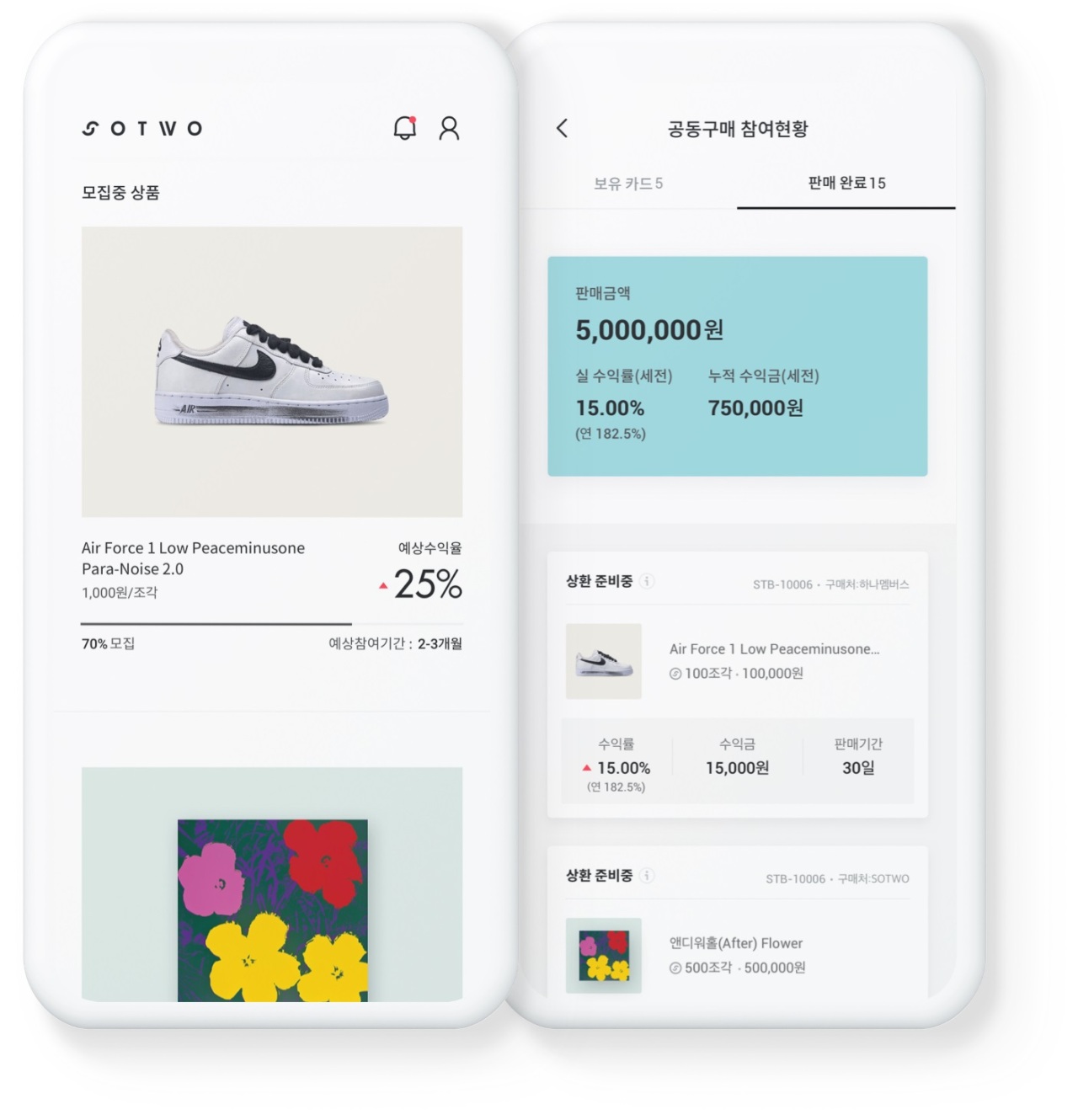 Local lenders have decided to stop providing access to customers looking for fractional art ownership via a mobile application after facing regulatory hurdles, according to sources Thursday.

Shinhan Bank recently notified customers that it will terminate its service partnership with Seoul Auction Blue, an online auction house that sells contemporary paintings, art toys and luxury goods, from July 30. Since January, the lender had offered online access to co-investing in art by embedding the auction agency’s platform SOTWO into its mobile application.

SOTWO is a financial technology service in which users can jointly purchase products ranging from pieces of art to pairs of limited-edition sneakers, and then resell them to share profits according to their ownership portion.

The service has drawn attention from young consumers as it has the potential to yield relatively high returns while investing only a small sum of money, starting at 1,000 won ($0.87). Products on SOTWO have returned an average of over 10 percent. Tax exemptions for buying art by living artists was another merit.

Shinhan, however, had to ditch the new type of investment service in the face of the country’s regulatory Financial Supervisory Service‘s opposition. The regulator categorized the service as investment contract securities, making Shinhan an investment broker, not just a service provider.

Under the Capital Markets Act, an investment broker takes on heavy responsibilities and duties to protect consumers.

“We will apply for a regulatory sandbox program for the innovative financial product (to be exempted from regulations),” a Shinhan official said.

On the popularity of the service, other financial institutions including Woori Bank and Hana Financial Group had sought to forge a partnership with Seoul Auction Blue. But their plans have been foiled on Shinan’s breakup with SOTWO.