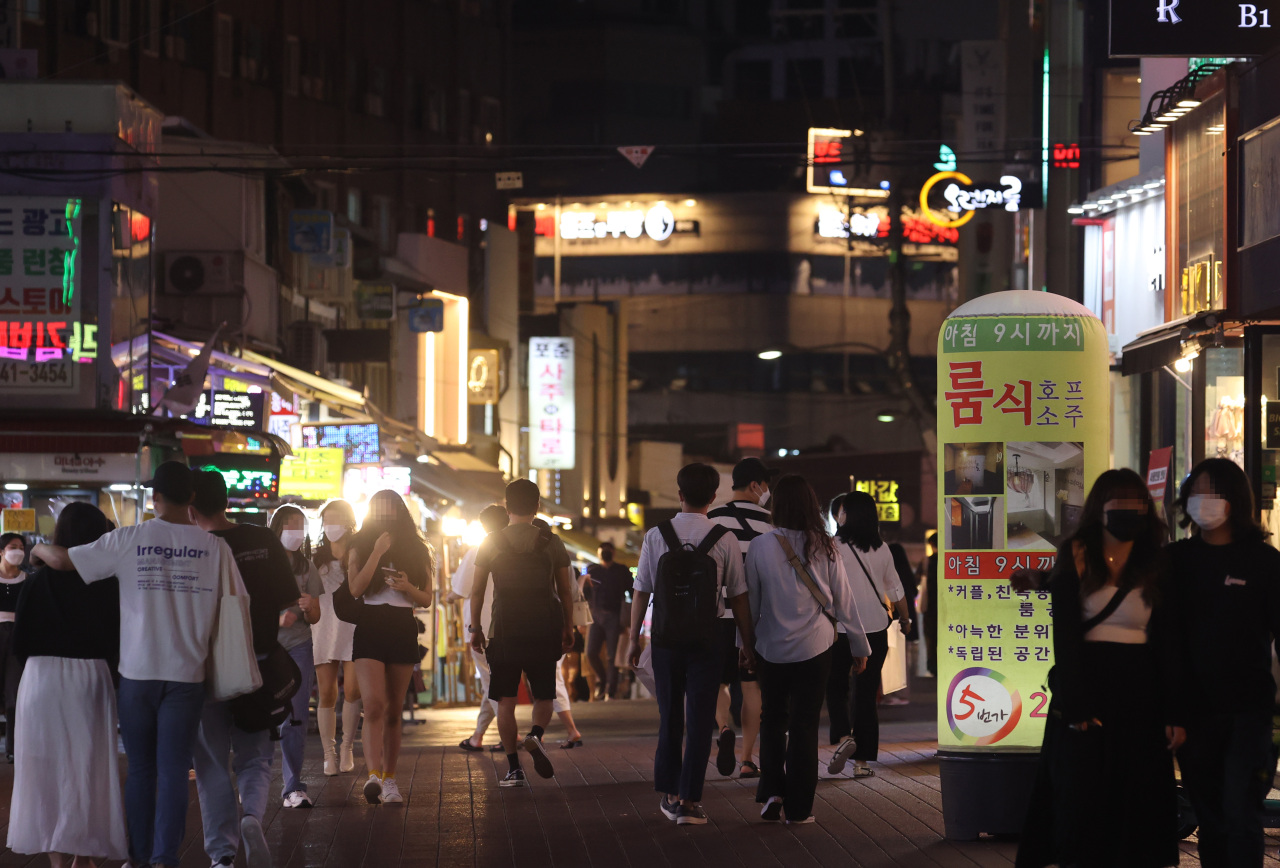 A street in Hongdae, one of the busiest entertainment districts in Seoul, is crowded with people on Tuesday. (Yonhap)
South Korea on Wednesday recorded over 1,200 new daily COVID-19 cases, marking the second-highest tally since the outbreak of the pandemic in the country and raising concerns of the potential emergence of a fourth pandemic wave, the government announced.

The announcement was made by Prime Minister Kim Boo-kyum during a daily interagency meeting on the nation's coronavirus response. Kim also said that the government's current distancing rules will be extended for an additional week.

Wednesday's announcement marked the highest daily coronavirus tally so far this year and the second biggest since the outbreak of the pandemic in South Korea. The highest tally was reported on Dec. 25 of last year when the nation reported 1,240 cases. (Yonhap)