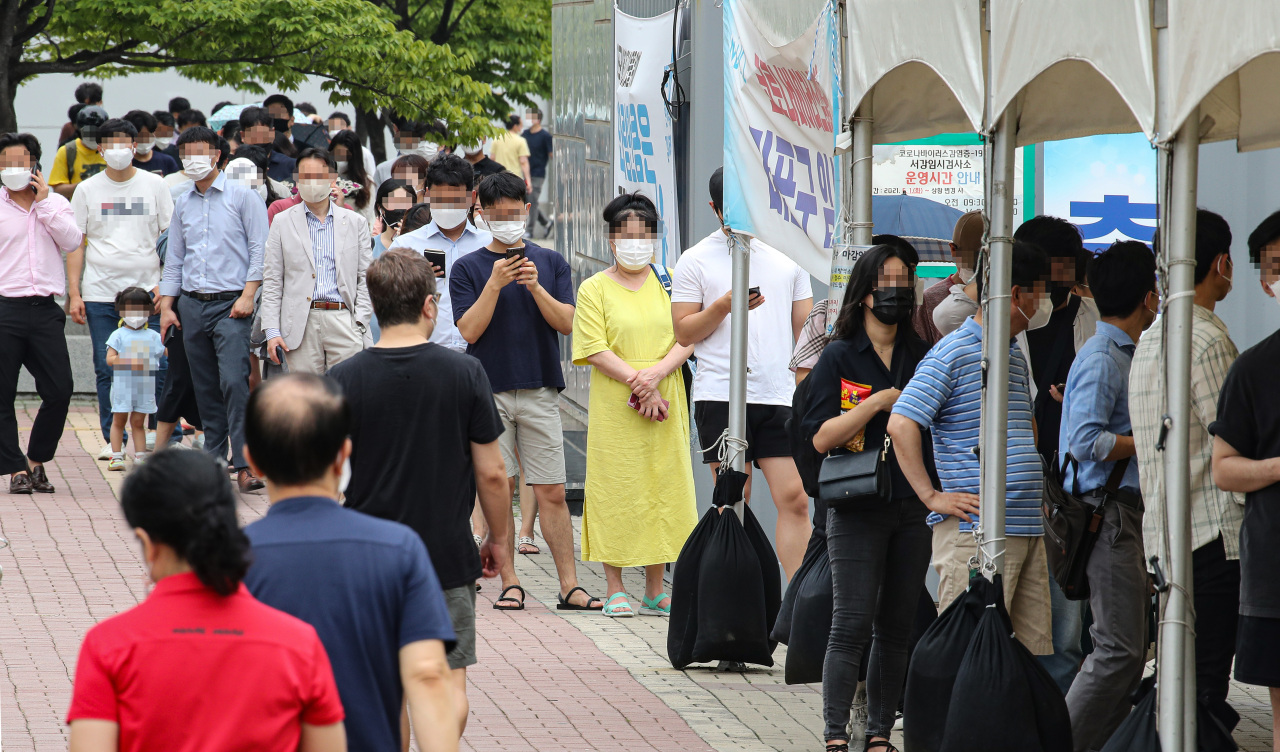 People wait in line to get COVID-19 tests at Mapo-gu, northern Seoul on Tuesday. (Yonhap)
South Korea confirmed over 1,000 new coronavirus cases Tuesday for the first time in six months amid a resurgence in the Seoul metropolitan area, the Korea Disease Control and Prevention Agency (KDCA) said.

The country reported 1,006 more COVID-19 cases from 12 a.m. to 6 p.m. and the number is expected to further rise when the daily total is announced Wednesday morning.

The figure shot up to over 1,000 for the first time since Jan. 3 when the nation was undergoing a third wave of the pandemic, raising concerns over the fourth wave hitting in the summer.

On Tuesday morning, the KDCA announced 746 additional cases for the past 24-hour period. It reported 711 cases on Monday, 743 on Sunday, 794 on Saturday and 826 on Friday, which marked a nearly six-month high due to the sharp spike in new cases in the Seoul metropolitan area.

Numbers tend to be lower on the weekend and early in the week because of fewer tests done on Saturday and Sunday, before they tick back up in the middle of the week.

By region, 86.5 percent were from the wider Seoul area, with 521 from Seoul, 313 from Gyeonggi Province and 46 from the western port city of Incheon, authorities said.

Several private English institutes in the Seoul metropolitan area have become the virus hotbed after students got infected from foreign teachers, who dined together in a restaurant in western Seoul last month, with related cases amounting to 314 so far, health authorities said.

Health authorities expressed concerns over the rising ratio of patients in their 20s and 30s as the vaccination program currently gives priority to the elderly population, medical workers and essential workforces. (Yonhap)