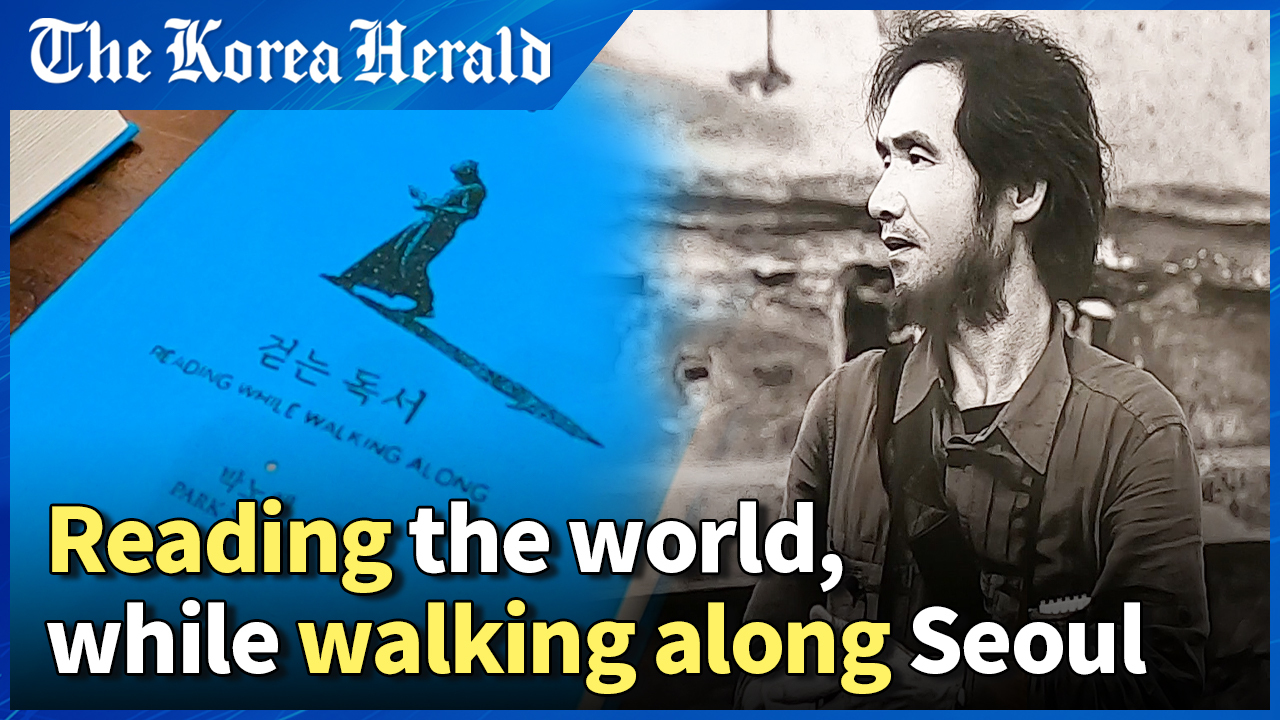 Walking along the narrow alleys of Tongeui-dong where modern and contemporary Seoul coexist in harmony, one will come upon a two-story cafe that greets visitors with colorful trees and flowers at its entrance.

The first floor of Ra Cafe Gallery operates like any ordinary cafe, serving beverages and sandwiches during the day, and desserts by night. Upstairs, an unexpected trip beyond borders awaits.

Ra Cafe Gallery first opened its doors in April 2012 in Buam-dong in Jongno, as part of poet Park No-hae’s project to build an independently-run space in the city center for sharing arts and culture.

Over the past nine years, Park has held 18 exhibitions there. With more than 300,000 people visiting the exhibitions, the place has come to be known as a “place of pilgrimage in Seoul” among its frequenters. In 2019, the cafe moved to its present location that is much larger in size near Gyeongbokgung Station.

Park’s 19th exhibition, which opened June 8, features 57 of his photographs alongside poems from his new book, “Reading While Walking Along.”

The works, which span 20 years, are his records of travels to the Middle East and countries in Africa, Central and South America and Asia that suffer from war and poverty.

Each poem is concise, only a single sentence or two, but the poet’s philosophy and love for humanity hidden within the metaphors and figurative expressions are profound.

Park’s writings, both the book and those featured at the exhibition, were translated into English by Brother Anthony of Taize, a professor emeritus of Sogang University.


On Saturday evening, the place was packed with young people, mostly in their 20s and 30s.

A visitor at the exhibition, Choi Dawid, who recently quit his job and started his own company said one of Park’s poems brought him comfort.

“His poem that says, ‘Don’t hurry, but never rest. Everything great has its own time,’ which was presented with a photo of sunlight gleaming through a mountain peak, closely resonated with me,” said the entrepreneur who there with his girlfriend.

Music from the Middle East, music that Park collected during his travels, filled the air at the exhibition.

As one moves through the crowd, the words “travel,” “photographic style” and “foreign music” were some frequently overheard among visitors. No one seemed to have brought up the past of the poet, photographer and thinker, who had once stood at the vanguard of Korea’s labor movement.

Born Park Gi-pyeong in 1957 in Hampyeong, South Jeolla Province, Park worked as a factory laborer from his early 20s when he wrote poems on the absurd reality and agony of the laboring class. He then adopted the penname Park No-hae -- “no” from the word “nodong,” or labor, and “hae” from the word haebang, or liberation in Korean.

In 1984 during the authoritarian regime of Chun Doo-hwan, Park published his first poem collection, “Dawn of Labor.” The collection sold nearly a million copies despite being officially banned. He continued to publish poems of resistance as a “faceless poet,” hiding from the reach of the authorities.

Park was arrested in 1991 and was given a life sentence before being pardoned in 1998. Following the US invasion of Iraq in 2003, Park often went to war-torn countries and has documented his journey abroad through photos and writing.

“The poet has not missed a single day of posting his poems and photos on social media since he set off on his mission to travel, doing what he can to help others abroad,” Lee Sang-hoon, Ra Cafe Gallery’s public relations manager, told The Korea Herald.

“Followers of his social media posts, mostly young people, became fans of his works and were waiting for an online exhibition to happen,” Lee said, adding that some combinations of photos and poems have been reorganized during Park’s preparation for the exhibition.

In the preface of his new book, Park describes his lifelong habit of constantly walking.

“Looking back, it was always so. Along my life’s path marked by poverty, labor, and hardship, it was ‘reading while walking along’ that raised me, protected me, and pushed me upward. Even if I were robbed of everything, it would be the one freedom and the one banquet that no one can steal from my life,” Park wrote.

Ra Cafe Gallery is open daily from 11 a.m. to 10 p.m. It is closed on Mondays. The exhibition “Reading While Walking Along” runs until Sept. 26 and is free of charge. 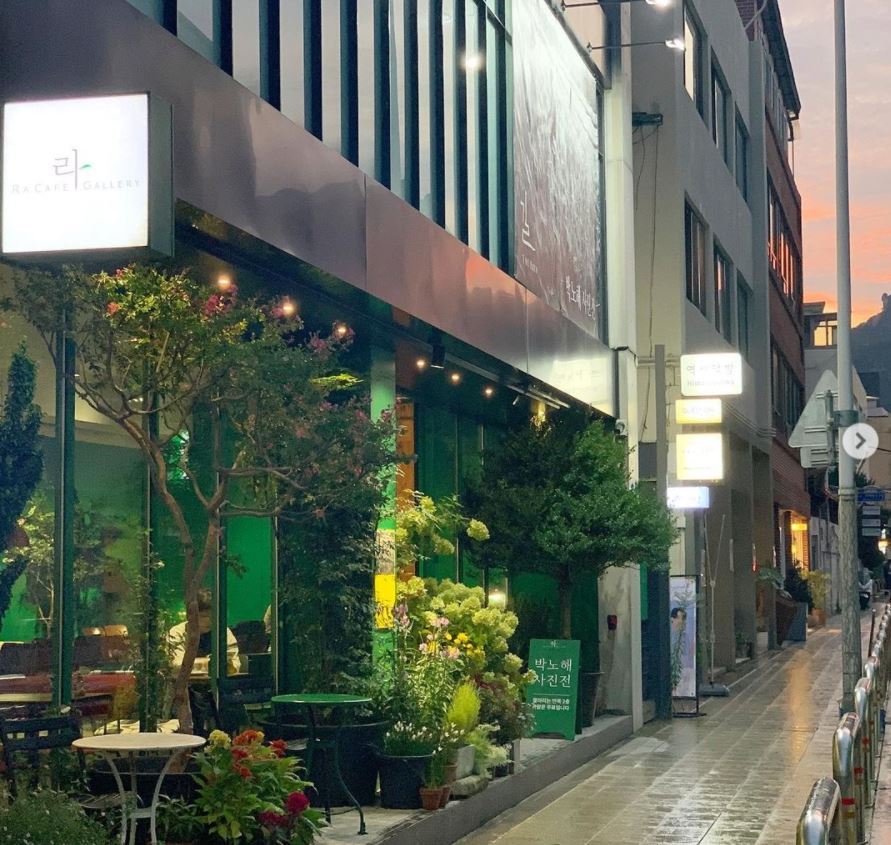