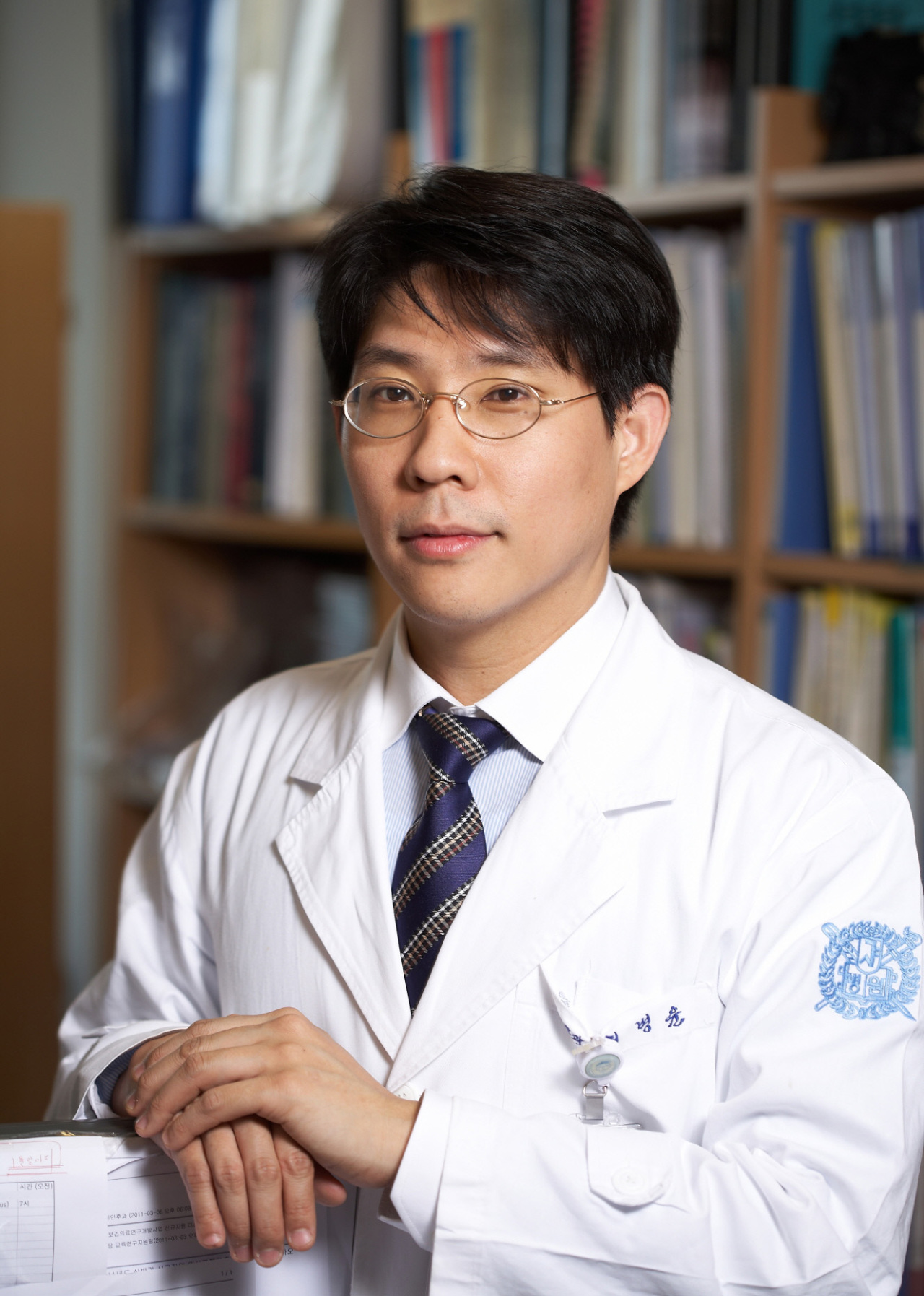 The newly identified gene will help doctors better treat patients with auditory neuropathy spectrum disorder, or ANSD, and to find out if their condition can be improved through surgery, according to Dr. Choi Byung-yoon, Seoul National University Bundang Hospital’s otorhinolaryngology professor who led the research.

“Often these patients have normal or only minimally abnormal sound detection abilities, but their speech perception is severely limited -- meaning that although they are able to hear sounds, they have trouble understanding spoken words,” Choi told The Korea Herald at his office in Bundang, Gyeonggi Province.

The study, published on June 1 in the US scientific journal PNAS, showed that a variant of the TMEM43 gene, which is normally expressed in the cochlear supporting cells, was responsible for the hearing impairment.

Choi and his team found the presence of the variant in two Korean and Chinese families affected by the disorder through genetic testing, and were able to confirm the disorder’s link to the variant in knockin mice, genetically modified mice that have become a key research tool for scientists in studying human diseases.

“These findings show that cochlear supporting cells, whose functions were understood to be largely perfunctory, play a significant role in the auditory system,” he said.

“People with the variant in this gene will develop hearing problems eventually. It’s a typical Mendelian inheritance.”

The disorder accounts for about 10 to 15 percent of sensorineural hearing loss that occurs from the damage to the inner ear, which Choi describes as “not a small number” in terms of prevalence.

The discovery is significant as it will “greatly contribute to the diagnosis and treatment of hearing loss, as well as understanding of the pathological mechanisms,” he said.

Without knowing the cause of the rare hearing disorder, Choi said it has been “almost impossible” to localize where in the auditory pathway the damage has occurred. It also meant there was no way of knowing if these patients had a chance at treatment at all.

Hearing aids, which assist the hair cells in the outer ear, cannot help patients with this type of rare hearing disorder.

With the discovery, physicians are able to identify the site of damage by pinpointing where in the auditory pathway the gene is expressed. That will help doctors determine and better predict whether an implantation will help them, he said.

Cochlear implants, which improves inner ear dysfunction by delivering sound signals from the inner hair cells to hearing nerves, are one of the possible treatments.

Any damage beyond the synaptic connection with the nerves and the brain won’t be treatable.

He added that the timing of the cochlear implant was critical. Two of his patients, both of whom had the altered gene, underwent implantation with disparate results. The younger patient in his 40s fared much better than the other one in his 50s.

“If performed in earlier stages, cochlear implant can lead to favorable outcomes,” he said.