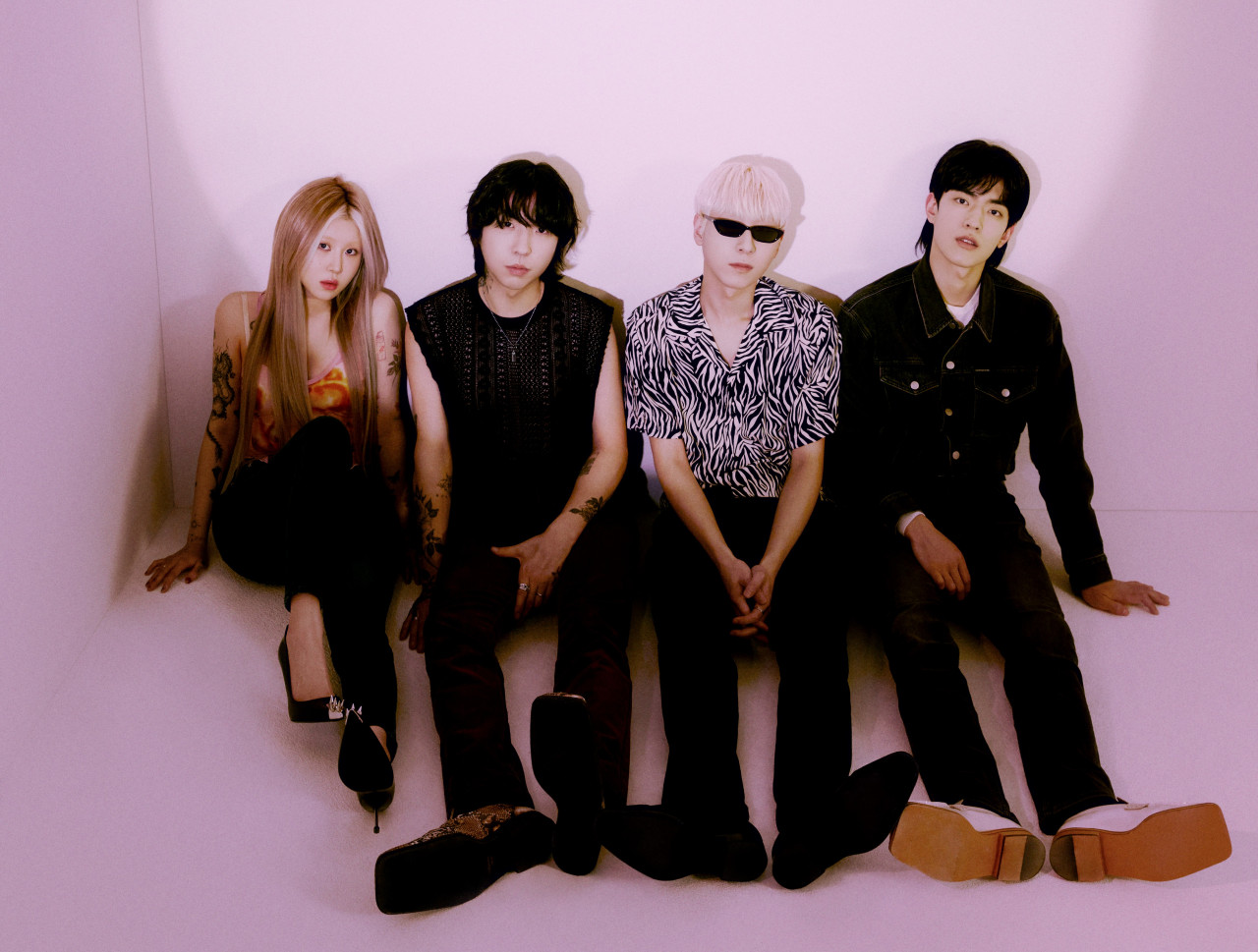 The Volunteers (Blue Vinyl)
It might have come as a surprise to most that soft-voiced R&B singer Baek Yerin deviated to rock, but her three bandmates in The Volunteers found the transition quite natural.

“Nothing about this band was planned. We didn‘t set a goal before we started on anything. Of course, to us, Yerin’s voice sounded like rock material, but that was only one of the reasons why the four of us came together. The whole thing was just fun for us,” Koh Hyung-seok, the Volunteers’ bassist and main producer told the Korea Herald at the band's studio in Mapo-gu, Seoul.

Originally a soulful R&B and pop singer-songwriter, Baek debuted as part of rock band The Volunteers on May 27 with the group’s first full-length album “The Volunteers.” Along with Baek and Koh, guitarist Jonny and drummer Kim Chi-heon make up the band.

While the official start was with the album, the bandmates' friendships go much further back. Baek, who was friends with Koh and Jonny, came together in 2017, and in need of a drummer, recruited Koh’s friend Kim, kicking off their journey as a band the following year.

“We wanted to debut sooner but due to various situations, especially as we were all under different roofs. With our current label Blue Vinyl launching in May this year, we were able to finally pronounce ourselves as a band and start official activities,” Jonny, the group‘s leader, explained about their belated debut.

The recent album comprises six songs the band had previously unveiled through the online music sharing platform SoundCloud and four new scores “Pinktop,” “Let Me Go!,” “Time To Fight Back in My Way,” and “Medicine.”

“The songs are based on the 80s and 90s rock band music, mostly the alternative and grunge rock genres,” Jonny, also the leader of the band, explained.

“Among the 10 tracks, 'Medicine,' 'Violet' and 'Crap' are grunge rock, and I think they portray The Volunteers’ identity as a rock band the best,” Koh said. Koh, an experienced producer and musician of years in the indie scene, acts as the group’s engineer and main producer.

Along with “Pinktop” and “Let Me Go!” one of the group’s already popular song “Summer” from their unreleased 2018 EP “Vanity & People” lead the album.

“‘Summer’ was already loved many people. And as we were introducing ourselves to people who did not know us with our first album, we thought it was important to show the various styles of music other than what we are already known for,” Kim said, referring to the title songs.

As you might expect from the group's music resistant and rebellious lyrics, the bandmates seem to defy any rules or restraints upon themselves. To them, the process of making music seemed all fun and natural.

“Rather than one person taking the lead, we take on the job together,” Koh said.

“If Hyung-seok makes the track, we play the instruments over it, or if Johnny brings his guitar riffs, I could make the melody to match them. These are just few of the ways we’ve tried in producing our music,” Baek said. 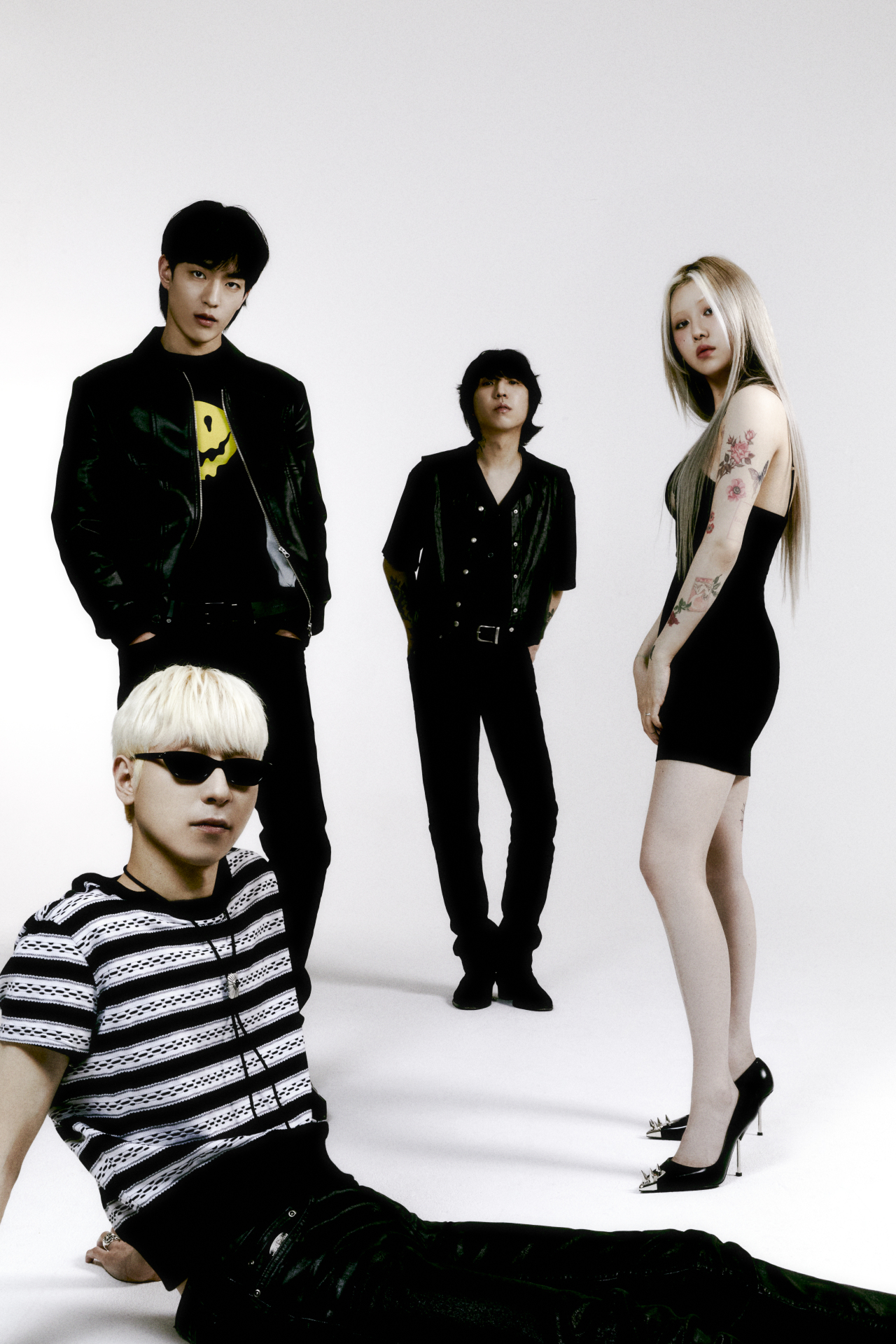 Members of rock band The Volunteers: (top, from left) Drummer Kim Chi-heon, bassist Koh Hyung-seok and vocalist Baek Yerin; (botton) Guitarist Jonny. (Blue Vinyl)
While the sound may have been collaborative process, the lines are all products of Baek‘s creative mind.

“I don’t usually make efforts, such as watching films or reading books, to get outside influence. I imagine a certain situation and write about it in my own words. I make notes of all the things that come up in mind, and write lyrics based on them,” she said.

“I‘m usually inspired from the negative emotions. I think I mostly write my lines when I’m depressed or going through bad times. The band music especially has aggressive lyrics because I wrote them when I was kind of overwhelmed by rage,” she added.

Just like Baek's previous solo songs, all 10 tracks were written in English. She says the language was a natural choice for her, rather than one made with a specific purpose in mind.

“I think it’s because I started singing with pop songs. I like Korean but, personally, I feel English sounds better with my voice and to the style of music I pursue. There's no special reason,” Baek explained.

“The fact that there is no special reason behind her using English is the special part. She thinks in English and so it’s more than natural that the lyrics, coming from her thoughts, are written in English. And I think that‘s what makes the lyrics so unique and of Yerin’s own color,” Koh said.

The name “The Volunteers” represent such tight-knit friendship among the four members.

“There was a period when I was going through a hard time and I had to take a long hiatus from official activity. During then, Jonny and Hyung-seok would help me out on my work, playing instruments and recording without any compensation. Even if we were good friends, it‘s not easy to help without any reward, but they did. We would just casually grab a drink, chill and make music together. And I got the idea from here. Although we’re not literally doing volunteer works, I thought we could be the people who volunteer to provide music that can do good for others,” Baek said. 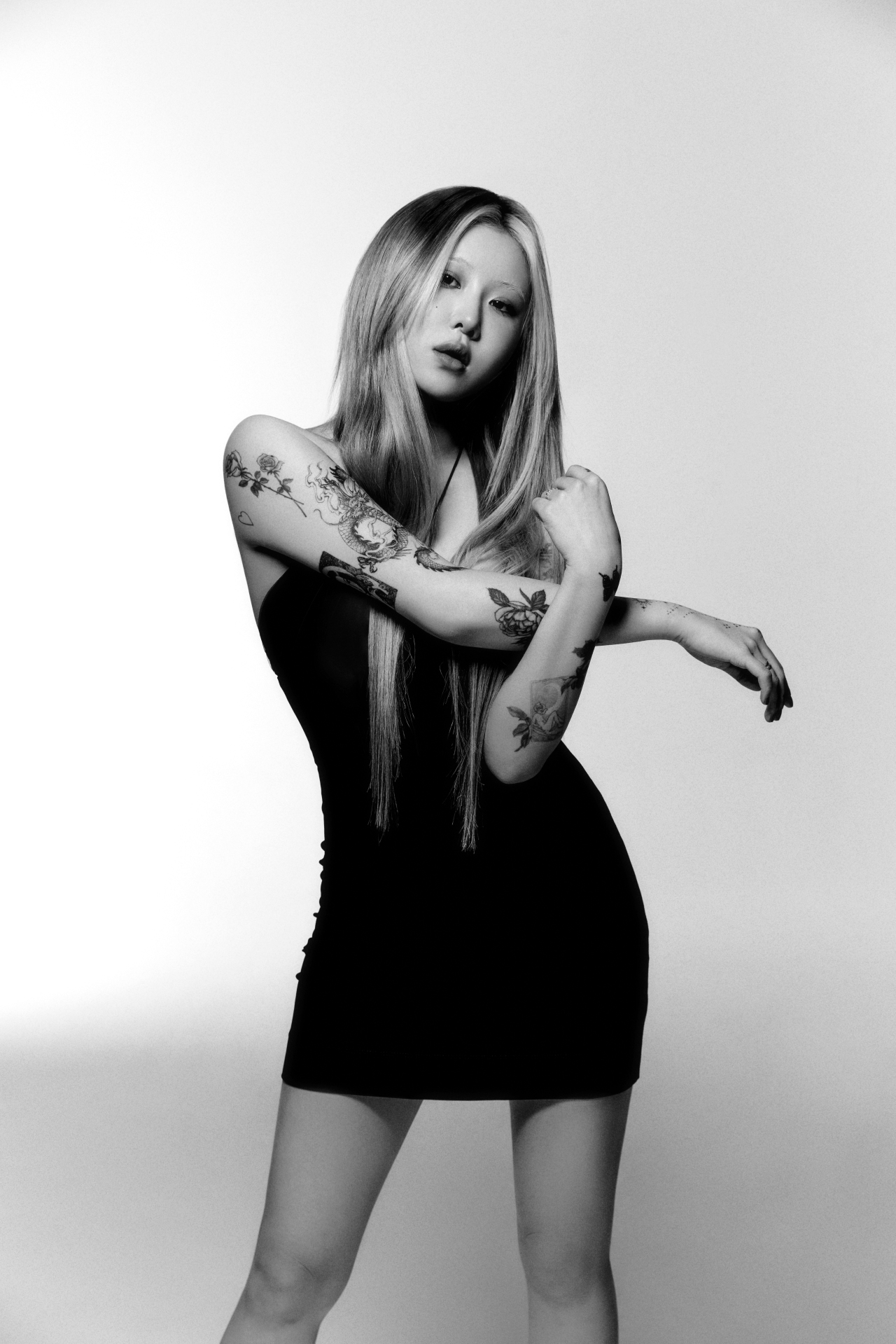 Baek Yerin (Blue Vinyl)
Having debuted in 2012 as part of duo &15 with Park Ji-min under JYP Entertainment, Baek came solo in 2015 with her first EP “Frank,” produced by Koh, who then took on the name Cloud as a producer. Baek went onto release hits such as “Bye Bye My Blue” and “Square,“ quickly rising to stardom.

Originally unfamiliar with rock, Baek explained it was Jonny and Koh, previously part of an indie rock band, who opened her eyes to the new genre.

“I just loved their music so much that I would accompany them on their concerts more than their manager. Following them, I learned about the different bands. Around then, I got a chance to watch a documentary about the rock band Oasis and thought that was what I wanted to do,” Baek said.

Rather than facing new troubles in collaborating with her bandmates, Baek said she was unloaded with the burden she had carried as a soloist.

“While I had to decide everything from styling to the music video alone in the past, now, I usually listen to the other members‘ opinions and try to follow them because they’re more experienced than me. I think this suits me better,” she said.

Fans might not have anticipated her turn to rock music, but they have received it fairly well.

“I didn't expect such good response as rock genre itself is a pretty minor field in Korea. I admit that we’re able to take advantage of my popularity, and I'm very grateful for it. I feel we’re getting the good energy from my fans.” Baek said.

Koh added, “We do understand that the dominant image of our band is ‘the Baek Yerin band.’ Although we don‘t have a particular goal, we do hope that we’re able to overcome such preconception to a band that does the genuine, alternative rock music. We hope that we can be the rock band that maintains rock music‘s ground in South Korea.”

Meanwhile, the group’s agency said they are planning a concert in the summer, with the exact dates and location undecided as of now.