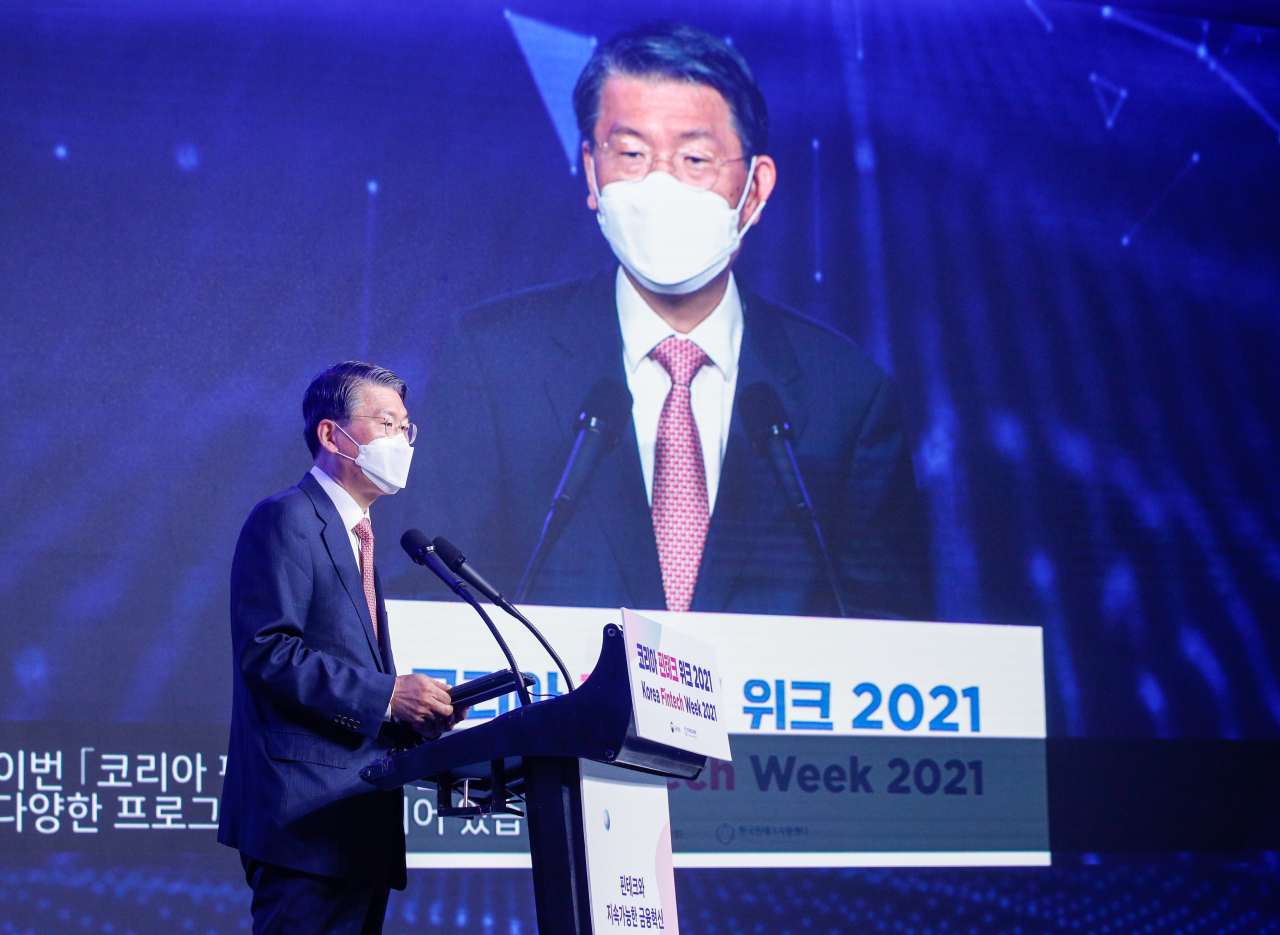 “Only crypto exchanges that have adopted real-name bank accounts and granted Information Security Management System certification from the Korea Internet & Security Agency will qualify for the application,” he added.

Eun explained that the assets in “registered crypto exchanges” would be “naturally protected,” adding that the withdrawal of money would be tightly monitored under the revised law.

He hinted that Wednesday’s remark was an explanation for his earlier hawkish statement made during a National Assembly meeting last month. “The 200 crypto exchanges here could all shut down if they are not registered by September,” he said then.

The FSC chief drew public ire due to the remark. His other remark that day saying young crypto investors were “on the wrong path” and needed to correct themselves fueled further anger.

Eun also echoed his earlier remarks, made April 22 at a National Assembly meeting, when he said the authorities were not obligated to protect the market “just because there are many investors.” Offering investor protection for such volatile assets could “encourage speculative behavior,” he added at the time, calling a cryptocurrency “a virtual asset with no intrinsic value.”

The angered investors have since uploaded and participated in an online petition on the Cheong Wa Dae website asking the incumbent financial chief to step down. The petition garnered more than 200,000 signatures as of Friday.

Eun’s remarks come as the government pursues a clampdown on digital money trading, at a time when one of the world’s biggest cryptocurrency markets is shaken by volatility. The recent amendments to the Act on Reporting and Using Specified Financial Transaction Information, subject the nation’s crypto exchanges to regulatory approval and legally require them to partner with banks to open real-name bank accounts for investors.

Regarding handling of cryptocurrency fraud, the police, not the FSC, are responsible for investigations, according to Eun.

On this year’s Fintech Week, Eun vowed in his speech that the government would continue its efforts to foster the nation’s fintech market and bring about digital innovation in the financial sector.

Starting next year, the government plans to levy a 20 percent income tax on cryptocurrency transactions, and cryptocurrency exchanges will be required to submit receipts to the tax authorities. The market, however, remains largely unregulated, with the Ministry of Economy and Finance and the FSC continuing to deflect responsibility.